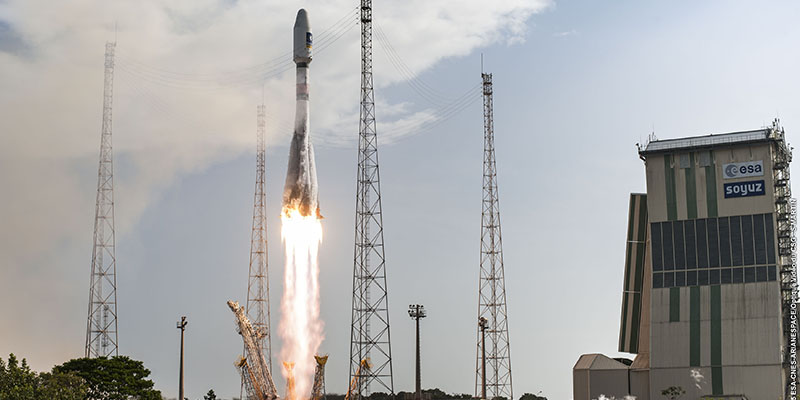 The pace of deploying Europe’s own satellite navigation system continued to increase with yesterday’s launch of the latest pair of Galileo satellites, doubling the number of satellites in space within nine months.

This sixth Galileo launch was a textbook operation: all Soyuz stages performed as planned, culminating in the Fregat upper stage deploying the twin satellites into orbit close to 23 500 km altitude, around 3 hours and 48 minutes after liftoff.

This month will see the 10th anniversary of the launch of Europe’s very first navigation satellite: GIOVE-A, on December 28, 2005. It secured the frequencies set aside for Galileo, gathered data on the medium-altitude orbit environment and flight-tested hardware for the working system.