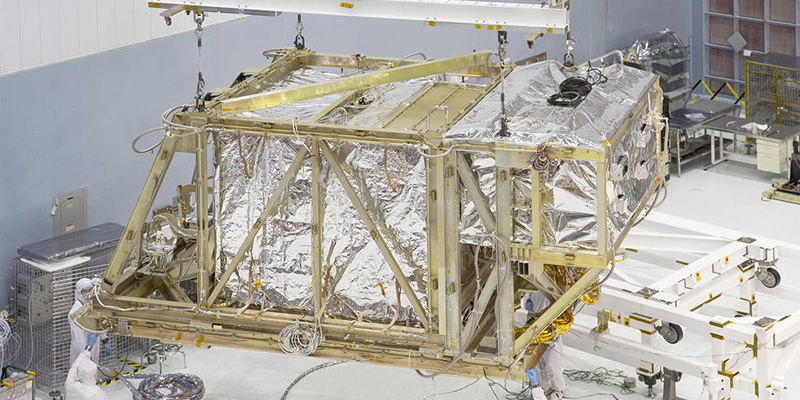 An engineering team lifted and lowered the heart of NASA’s James Webb Space Telescope into the giant thermal vacuum chamber at NASA’s Goddard Space Flight Center in Greenbelt, Maryland. This move marks the start of the third and final cryogenic test at Goddard to prepare the Integrated Science Instrument Module (ISIM), or the “heart” of the telescope, for space.

This super cold test is vitally important for this large space telescope. Unlike a telescope you’d use in your backyard, scientists rely on remotely controlled mirrors and complex science measuring tools (instruments) to take in light from the distant universe. To do this, they must be rigorously tested on the ground to ensure they will work in space. 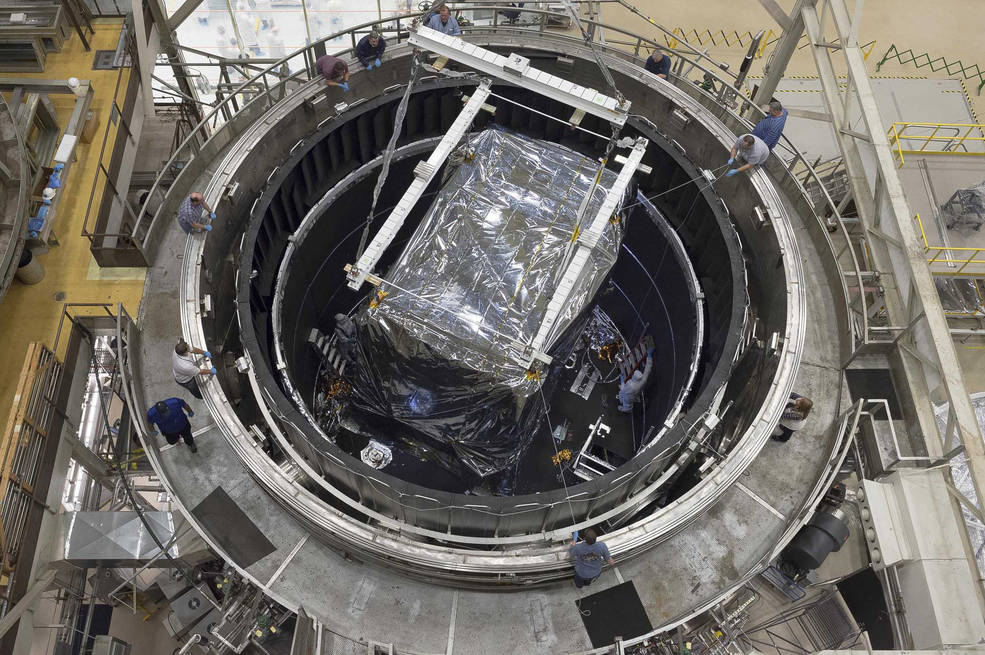 Webb telescope’s images will reveal the first galaxies forming approximately 13.5 billion years ago. The telescope will also see through interstellar dust clouds to capture stars and planets forming in our own galaxy. At the telescope’s final destination in space, one million miles away from Earth, it will operate at incredibly cold temperatures of -387 degrees Fahrenheit, or 40 degrees Kelvin. This is 260 degrees Fahrenheit colder than any place on the Earth’s surface has ever been.

To create temperatures that cold on Earth, the team uses the massive thermal vacuum chamber at Goddard called the Space Environment Simulator, or SES, that duplicates the vacuum and extreme temperatures of space. This 40-foot-tall, 27-foot-diameter cylindrical chamber eliminates almost all of the air with vacuum pumps and uses liquid nitrogen and even colder liquid helium to drop the temperature, thereby simulating the space environment.

“ISIM’s final test is an exciting time for us,” said Bill Ochs, Webb’s Project Manager. “After this test ends, we will be able to start integrating ISIM with the rest of the telescope.”

Navigating tight spaces inside the chamber while dressed in a white clean room suit to prevent contamination, Jack Marshall and other engineers readied ISIM for its super cold test. 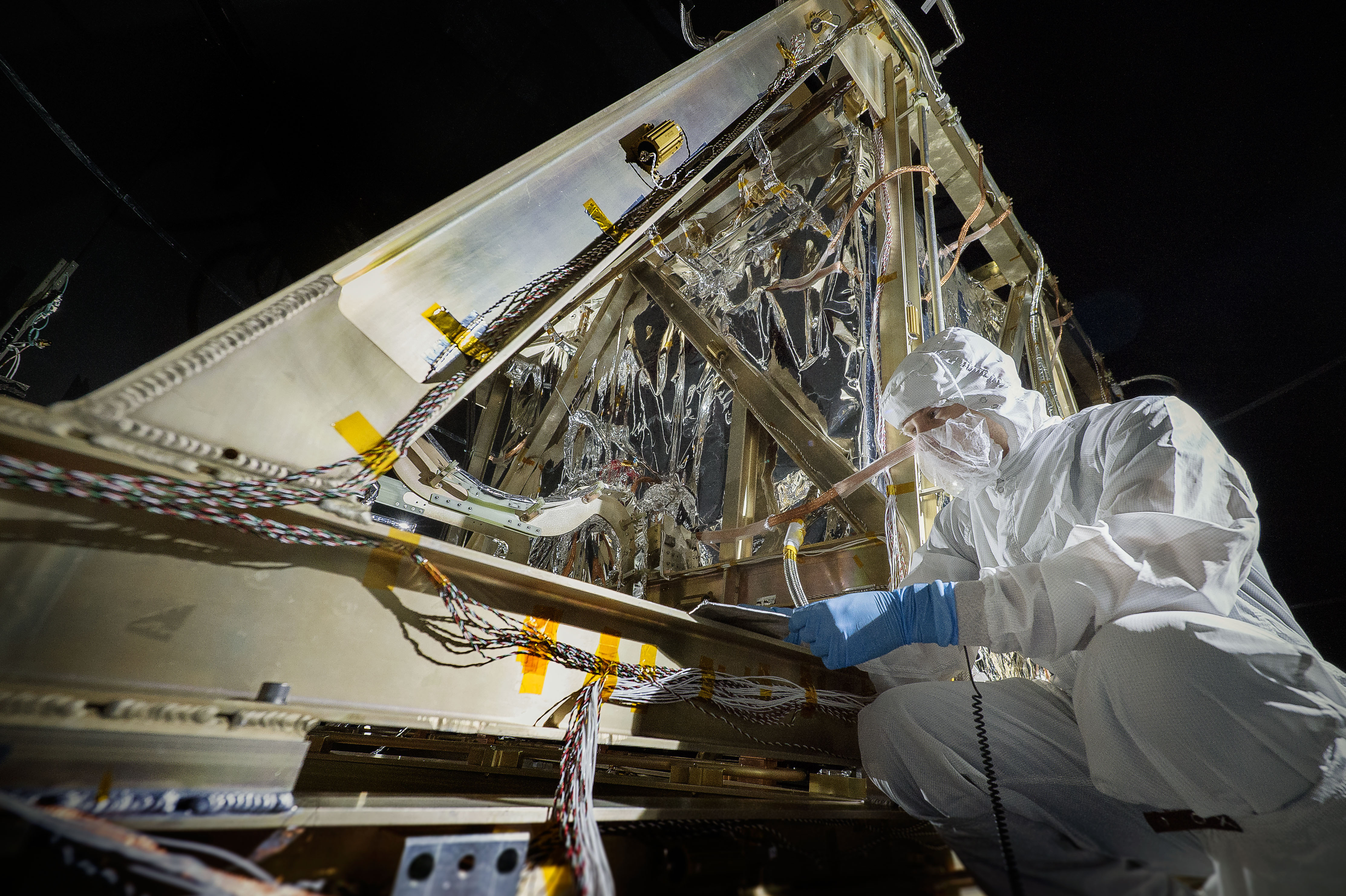 The several-month-long test is used to ensure all of the science instruments are ready for flight.

“Everything went smoothly and as planned,” Neil Becker, mechanical engineer. “We are at the beginning of the final cryogenic test, most of the mechanical work is done.”

The ISIM completed a successful acoustic test and an electromagnetic interference test a couple of months ago. A team will monitor this new grueling test for months, around the clock, to see how the instruments handle the extreme temperatures.