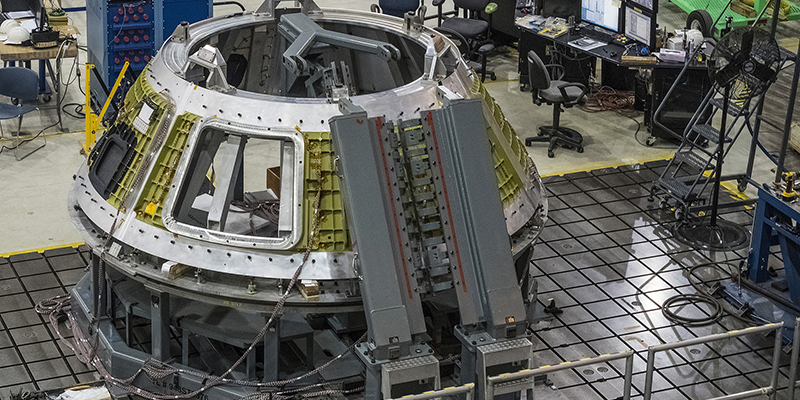 Technicians with Lockheed Martin, NASA’s prime contractor for Orion, have finished welding together three cone panels that make up a section of the Orion crew module that will fly beyond the moon on Exploration Mission-1 (EM-1). 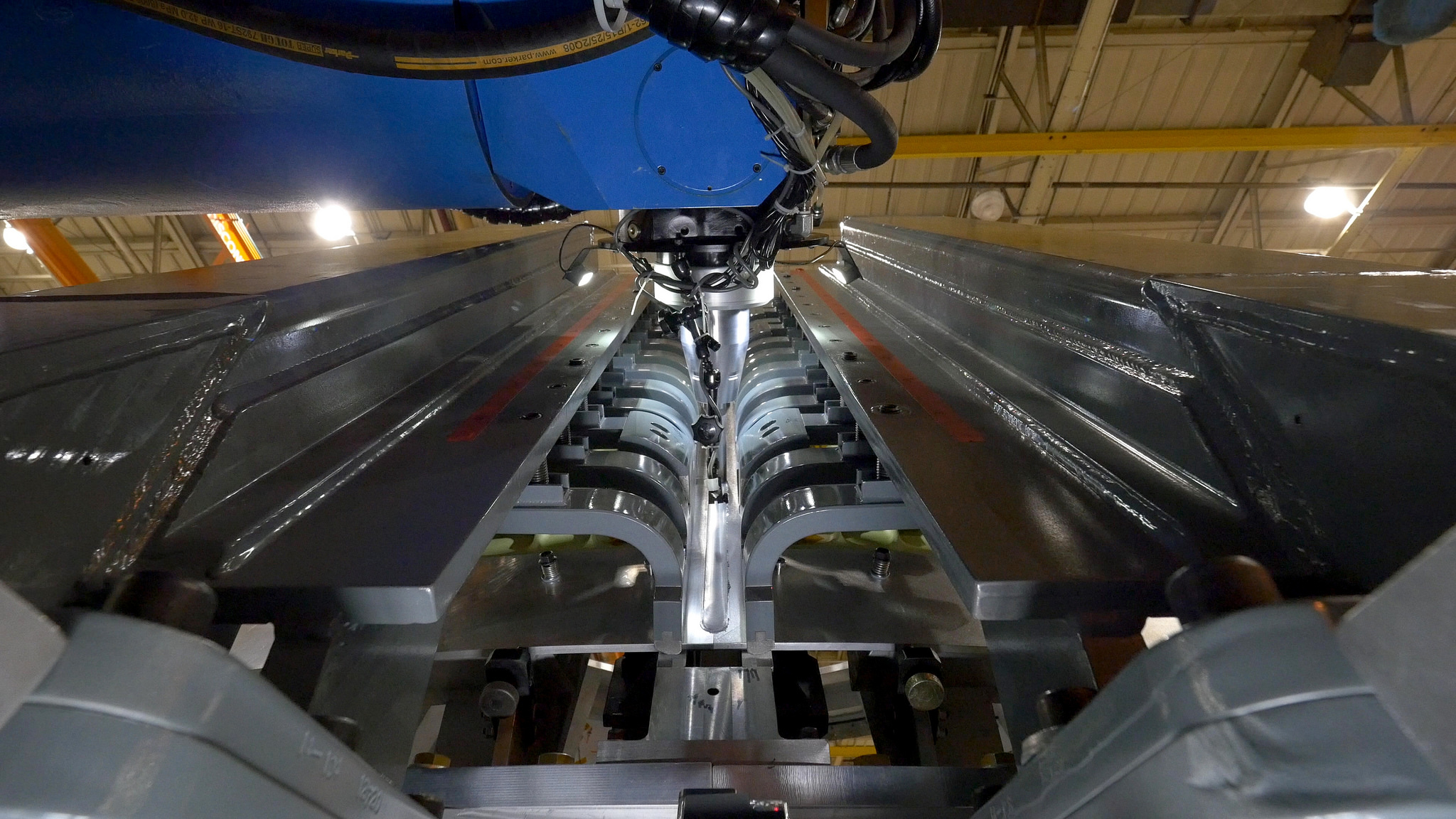 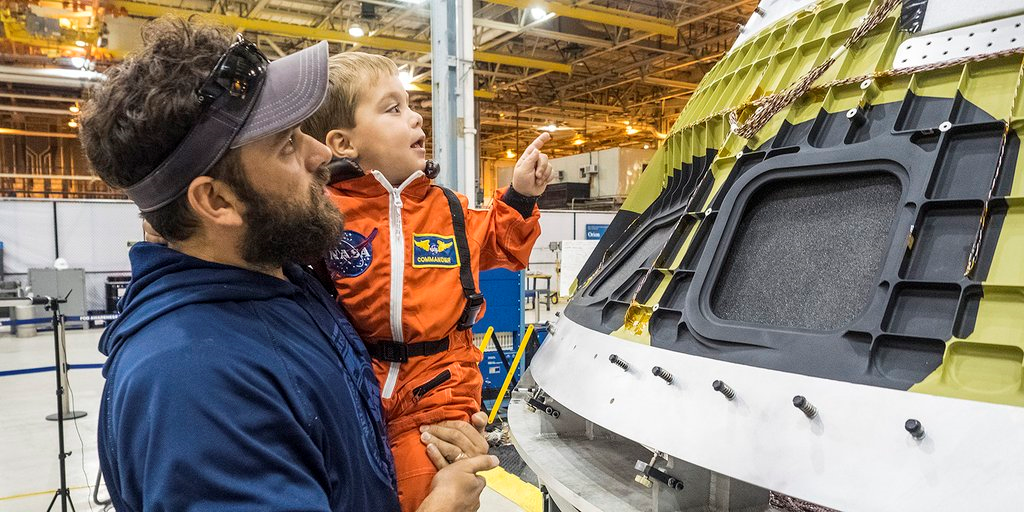