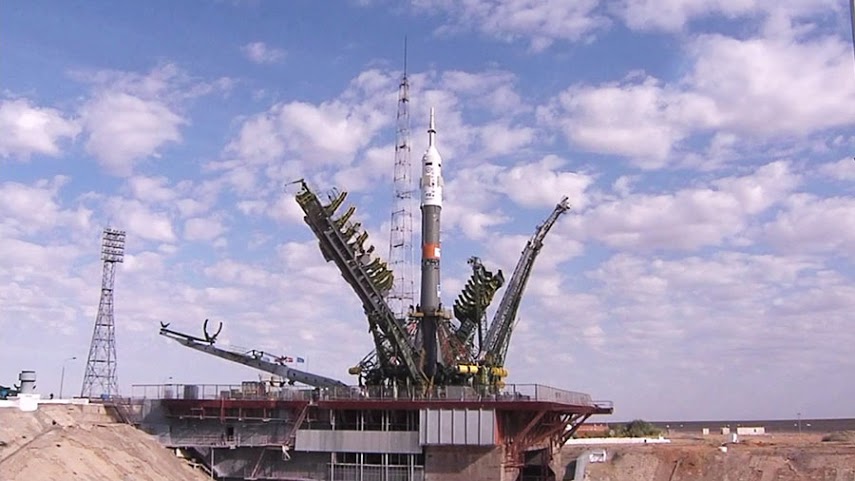 Traveling about 252 miles over the North Atlantic, the unpiloted ISS Progress 61 Russian cargo spacecraft docked to the rear port of the Zvezda Service Module on the International Space Station at 6:52 p.m. EDT. The spacecraft was launched from the Baikonur cosmodrome by a Soyuz-U carrier rocket at 12:49 p.m. EDT.

The spacecraft is delivering more than three tons of food, fuel and supplies, including 1,940 pounds of propellant, 110 pounds of oxygen, 926 pounds of water, and 3,397 pounds of spare parts and experiment hardware for the members of the Expedition 45 crew currently living and working in space.

Progress 61 is scheduled to remain docked to ISS for the next two months. 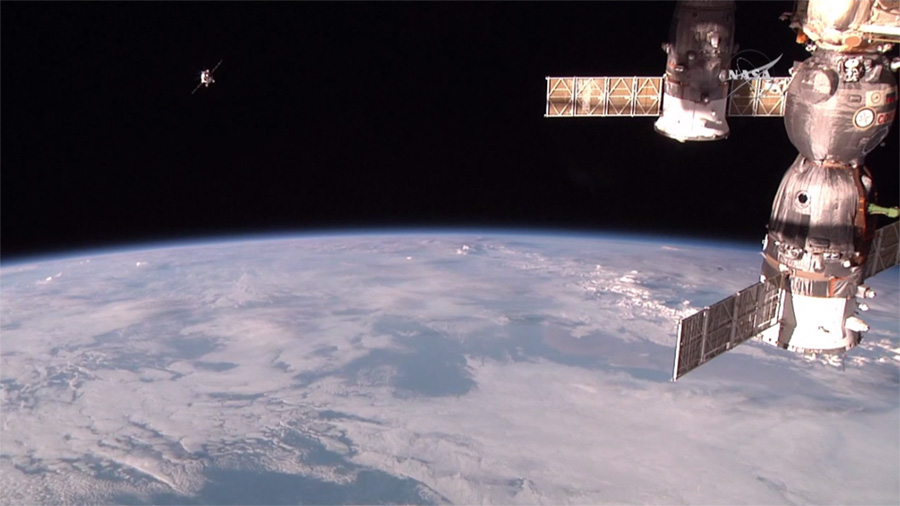 In the above photo, a high-definition camera on the International Space Station spots the Progress 61 resupply vehicle (upper left) just minutes before it docked to the Zvezda service module.