An enormous tunnel-boring machine known as Bertha is being used to drill a two-mile-long underground tunnel in Seattle. The subterranean, two-story highway is set to open to the public in 2018.

Recently, the Washington State Department of Transportation released a four-minute video of a drone flying through the partially completed tunnel. The never-before-seen footage provides viewers a look at the construction, which began in July 2013.

Unfortunately, the project has encountered its fair share of obstacles. Although the tunnel was scheduled to be completed around December 2015, construction was halted after only five months of drilling. Bertha had struck a steel pipe, prompting workers to dig a 120-foot vertical shaft to fix the cutting head. 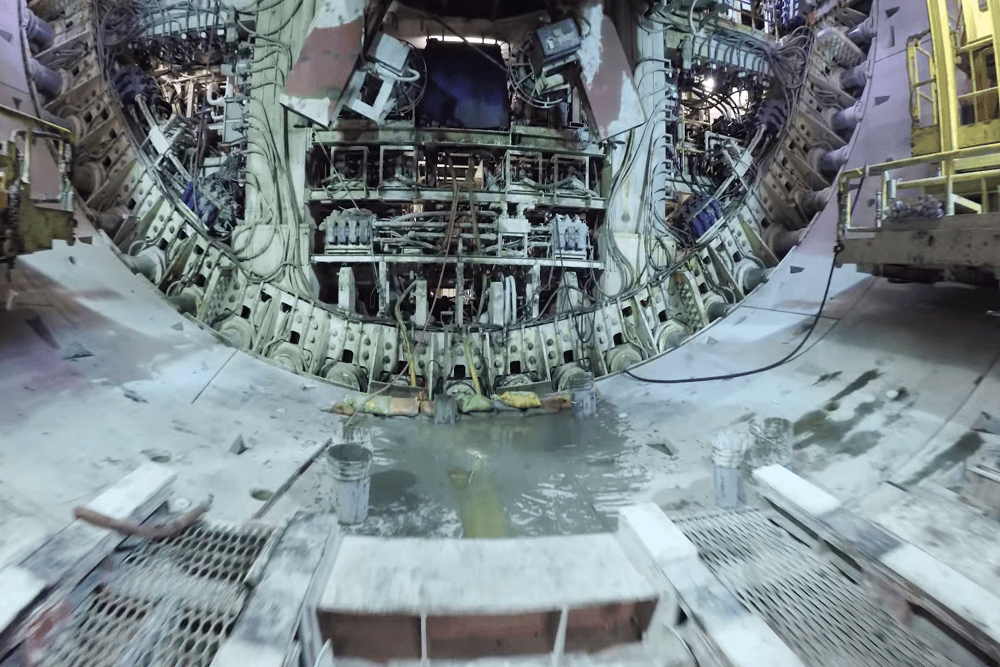 After a two-year hiatus, Bertha began drilling again on December 22, 2015. Currently, the 57-foot-tall, 325-foot-long machine has drilled about 1,500 feet of the tunnel. While Bertha bores, a conveyor belt moves the drilled-out material topside, and a different tube brings fresh air to the machine.

State Route 99 is set to open to the public in April 2018 if all goes as planned.