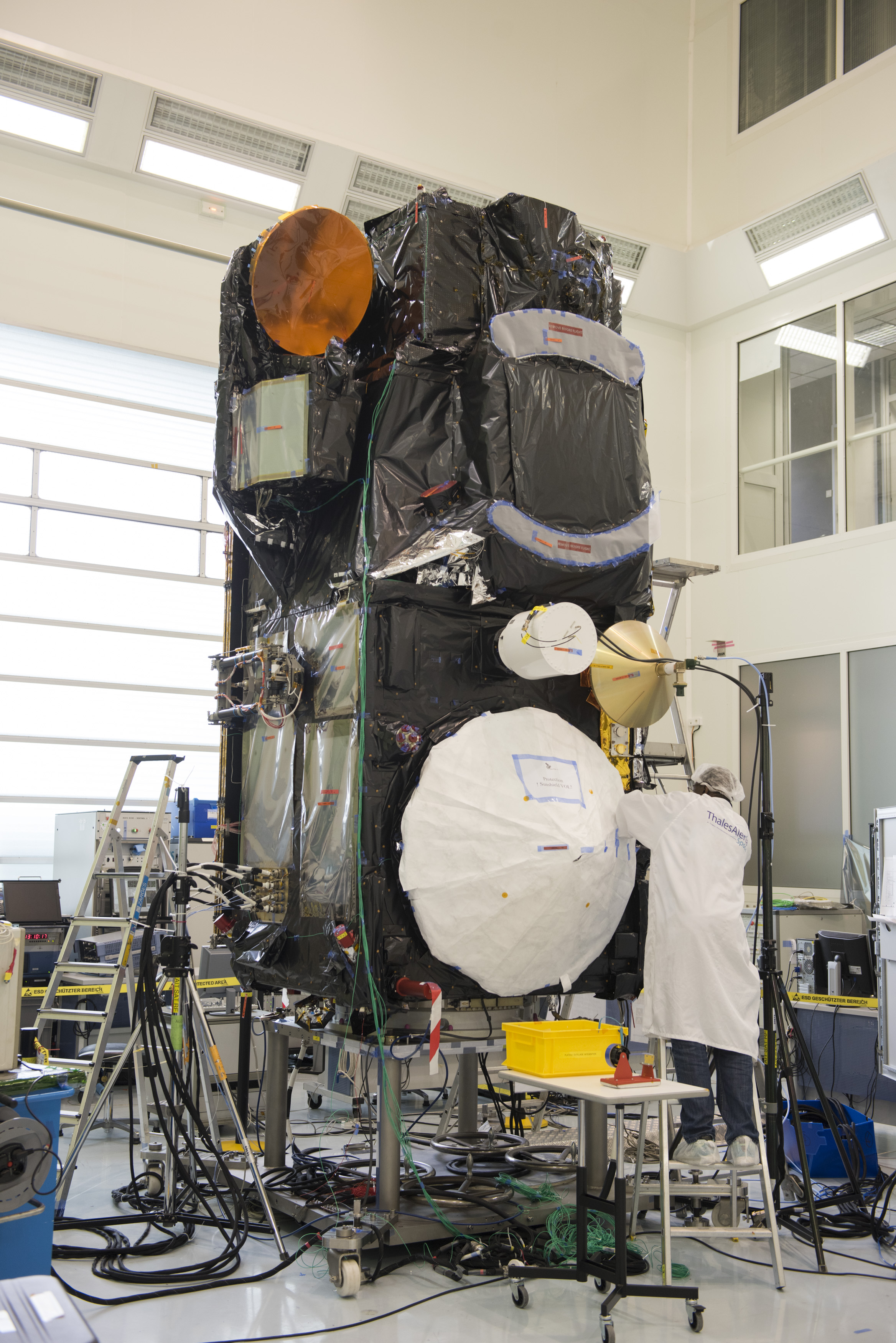 The above photo shows Sentinel-3A in the cleanroom at Thales Alenia Space in Cannes, France. On 15 October 2015, the media had a sneak preview of the satellite before it is packed and shipped to the Plesetsk launch site in Russia.

Read more: Sentinel-3A Shown Off to Media, Specialists Prior to Shipping

The mission is the result of close collaboration between ESA, the European Commission, Eumetsat, France’s CNES space agency, industry, service providers and data users. The satellite will systematically measure Earth’s oceans, land, ice and atmosphere to monitor and understand large-scale global dynamics. It will provide critical near-realtime information for ocean and weather forecasting. 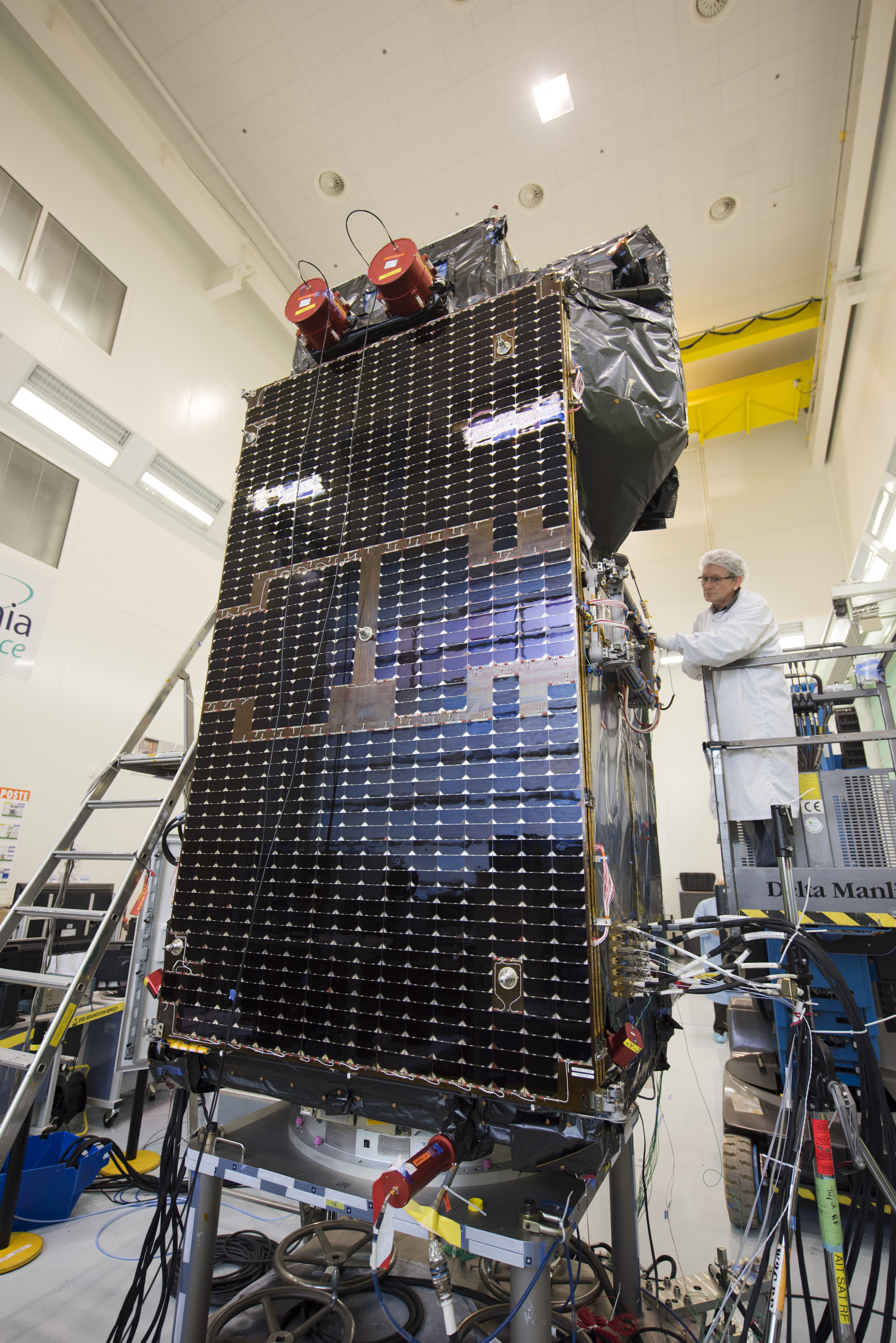 Sentinel-3A satellite in Cannes, France, on 14 October 2015, before being packed up and shipped to Russia for launch.

Sentinel-3 will measure sea-surface topography, sea and land-surface temperature, and ocean and land-surface colour, in support of ocean and weather forecasting systems. Over land, this innovative mission will map the way land is used, study vegetation and measure the heights of rivers and lakes. In addition, it will detect and monitor wildfires. Sentinel-3A is the third satellite to be launched for Europe’s Copernicus environmental monitoring program. An industrial consortium led by prime contractor Thales Alenia Space built the satellite.

Sentinel-3A will be launched in December 2015 on a Rockot from Plesetsk in Russia.

Building a satellite is a complex business and the Copernicus Sentinel-3 mission is certainly no exception. The detailed engineering drawings have been translated into a faithful animation of Sentinel-3 revealing its instrumentation.

The animation above reveals the beauty of this new satellite and offers a glimpse inside, including the ocean and land color instrument, the sea and land surface temperature radiometer, the synthetic aperture radar radiometer and the microwave radiometer.

This suite of state-of-the-art instruments will provide systematic measurements of Earth’s oceans, land, ice and atmosphere to monitor and understand large-scale global dynamics and provide critical information for ocean and weather forecasting.

The Sentinel-3 instruments build on heritage from ESA’s Envisat and CryoSat satellites. The satellite was designed and built by a consortium of around 100 companies under the leadership of Thales Alenia Space.