Construction is under way for the Space Launch System’s core stage. The core stage, built in five parts, includes the engine, fuel tanks, and avionics for the next-generation rocket. NASA’s largest rocket yet is designed to take the robotic Orion capsule to Mars.

As of last week, three out of the five parts of the core stage had been completed at the Michoud Assembly Facility in New Orleans. The forward skirt, intertank, and the engine section are complete, while the liquid oxygen tank and liquid hydrogen tank are still in progress. 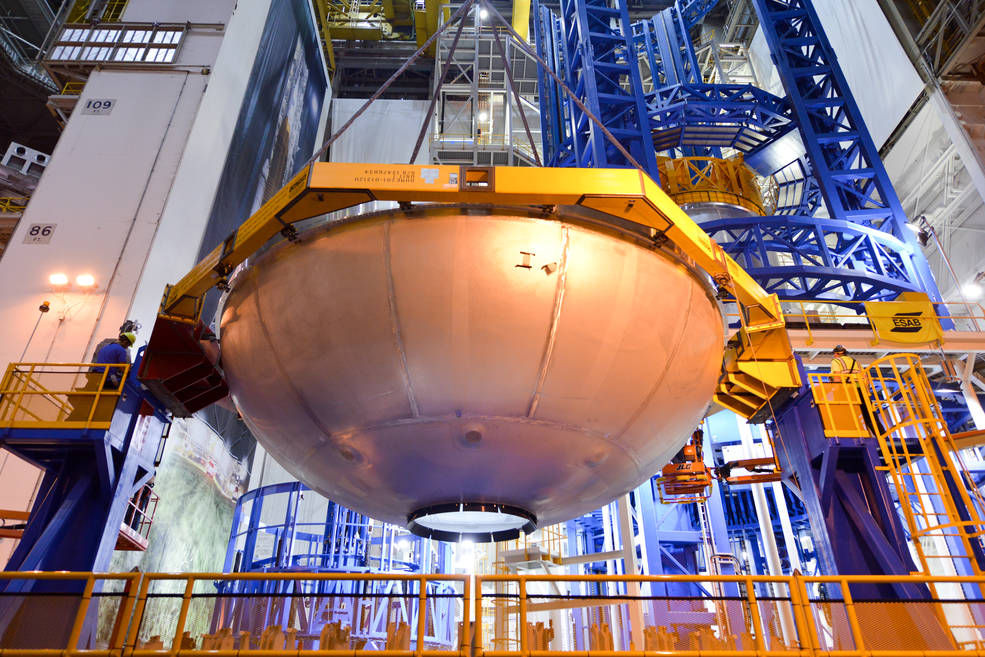 In order to produce a rocket this big, Boeing engineers have used self-reacting friction stir welding to join the parts, and have developed new weld parameters for thick joints along the way. 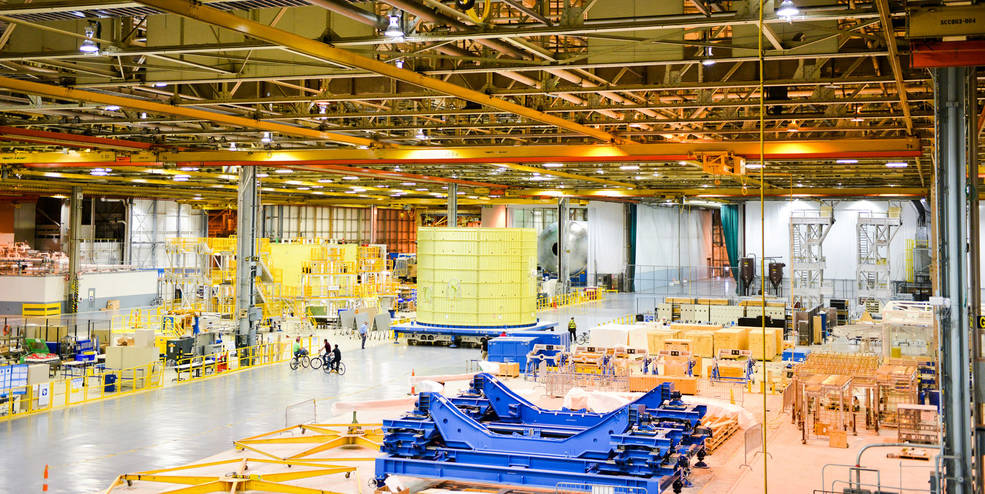 The intertank, the section connecting the solid rocket boosters to the core stage, was assembled at NASA’s Michoud Assembly Facility in New Orleans. It is held together with 7,500 bolts. Image credit: NASA/MSFC Michoud image: Judy Guidry

“We are conducting the largest NASA launch vehicle test campaign since space shuttle development,” said John Honeycutt, the SLS program manager at Marshall Space Flight Center, where structural testing will take place once the engine test article is installed on the test stand. “The team is focused on delivering hardware to the pad for the first launch. We just completed integrated structural testing for the stage that will send Orion out beyond the moon on the first flight. Now, we’ll be putting the core stage parts through the paces to gain an in-depth understanding of the rocket we are building for the first time as we expose parts of it to the extreme conditions of spaceflight.” 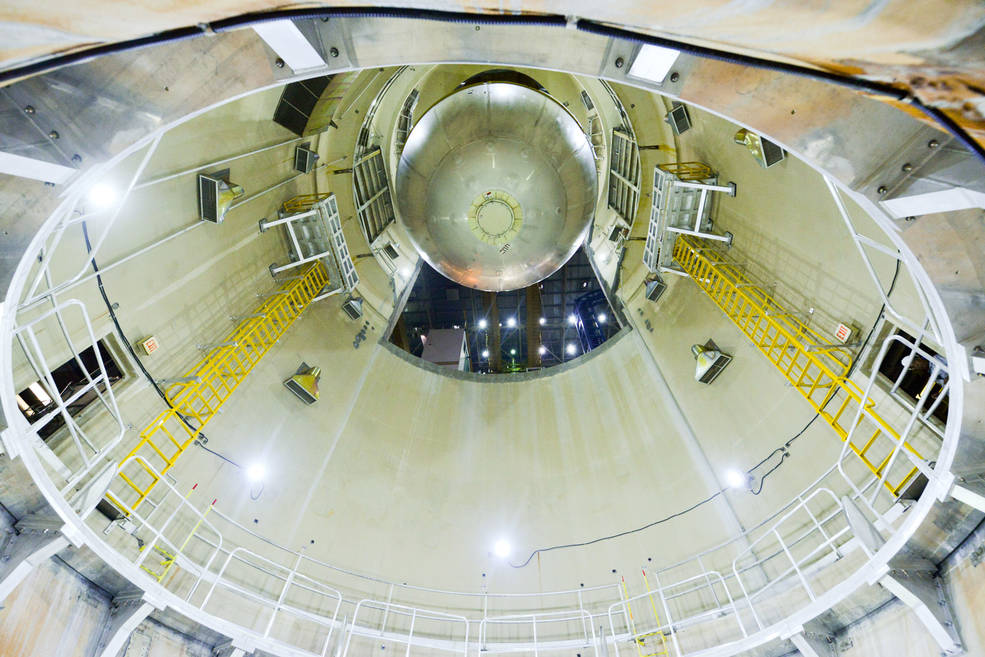 The liquid hydrogen fuel tank test article is placed into a cleaning cell where technicians will make sure any contaminants are removed. Image credit: NASA/MSFC Michoud image: Judy Guidry