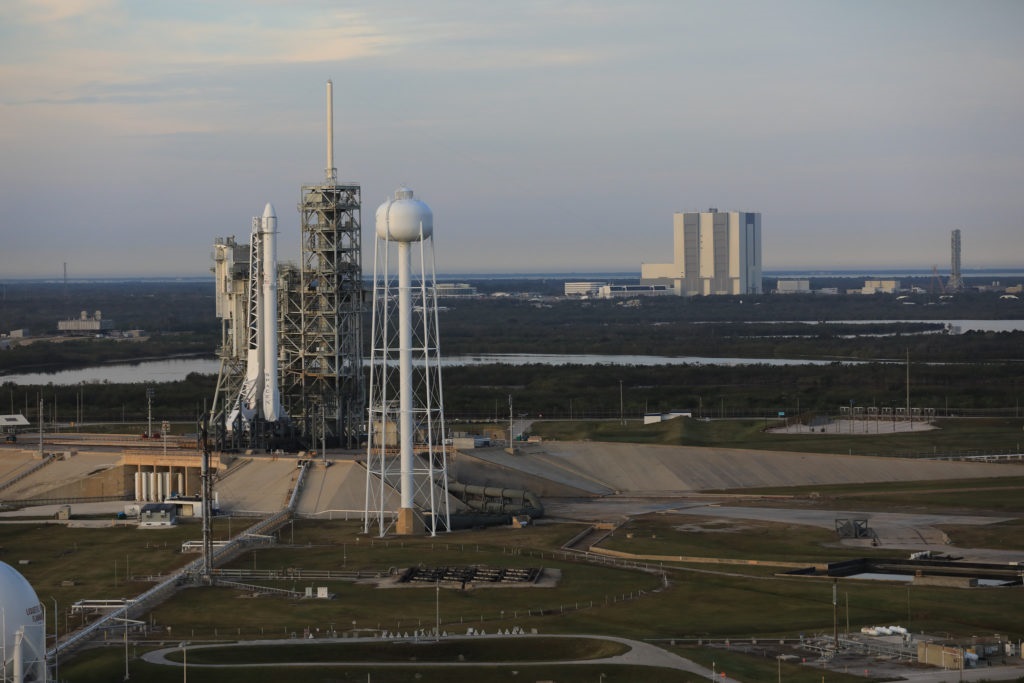 A SpaceX Falcon 9 rocket and Dragon spacecraft were photographed on Pad A at Kennedy Space Center during the previous resupply mission in February 2017. Image credit: NASA

Today at 5:55 p.m., SpaceX plans to launch a historic mission: a space station resupply flight using a Dragon capsule that has already gone to space. This is the first test of a reusable capsule – this Dragon already flew on a cargo resupply mission once in 2014. Although some components have been replaced, the body of the capsule and most of its parts are the same as those which flew the previous mission.

The capsule will carry scientific equipment, crew supplies, and hardware, as well as some new mission equipment. The latter includes NICER, the Neutron Star Interior Composition Explorer, which will be installed on board the ISS to study the super-dense material that makes up some stars near the end of their lives. 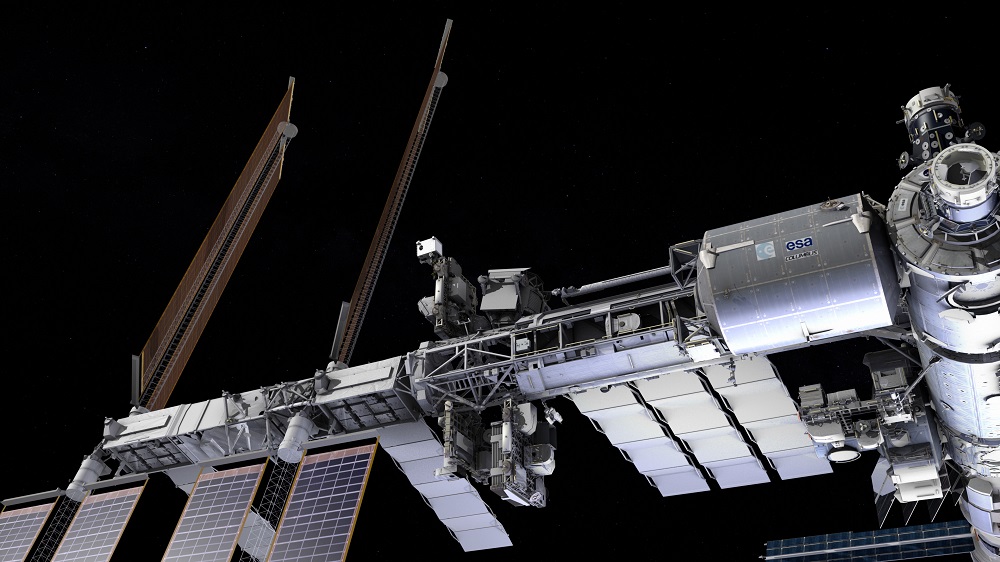 An artist’s rendition of NICER once it is installed on the International Space Station. The neutron star scanning device is the small white box near the center of the image. Image credit: NASA

The Dragon capsule isn’t yet ready for human passengers, although SpaceX is still working on a capsule that can carry people. This week’s resupply mission does contain some life, though: fruit flies, part of an experiment to study why the microgravity experienced during space travel has such adverse effects on the human heart after prolonged exposure.

The capsule will launch on board a Falcon 9 rocket, which SpaceX will also attempt to land back at Cape Canaveral after its flight. This is old hat for the NASA contractor – SpaceX has successfully returned a Falcon 9 to the launch pad on Earth four times. (Their landings on a drone barge at sea have not gone quite as smoothly.)

NASA will livestream the resupply mission starting at 5:15 EST this evening.