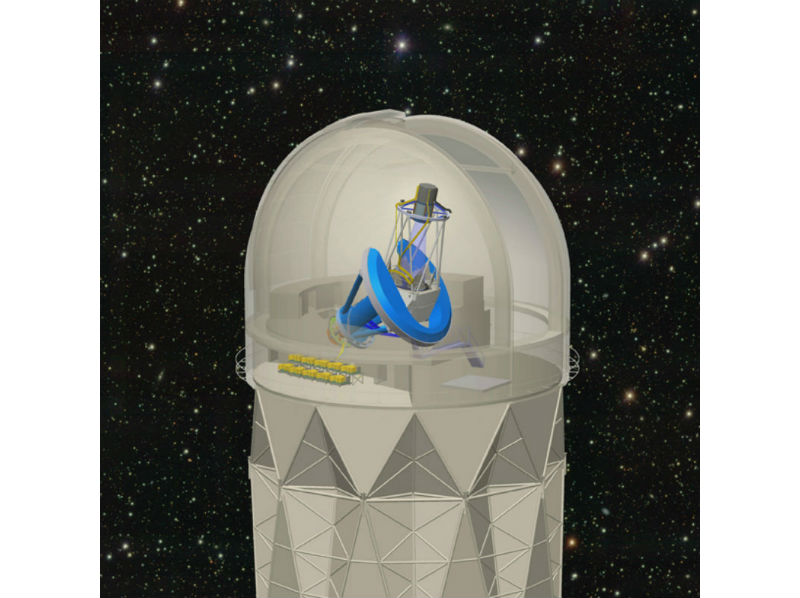 DESI, the Dark Energy Spectroscopic Instrument, is an exceptional apparatus designed to improve our understanding of the role of dark energy in the expansion history of the universe; it will do this by measuring the redshifts of more than 30 million galaxies and quasars, with unprecedented precision. The U.S. Department of Energy has announced its approval of Critical Decision 2 (CD–2), authorizing the project’s scientific scope, schedule, and funding profile.

The DESI instrument will be mounted on the 4–meter Mayall telescope at Kitt Peak National Observatory near Tucson, Arizona. 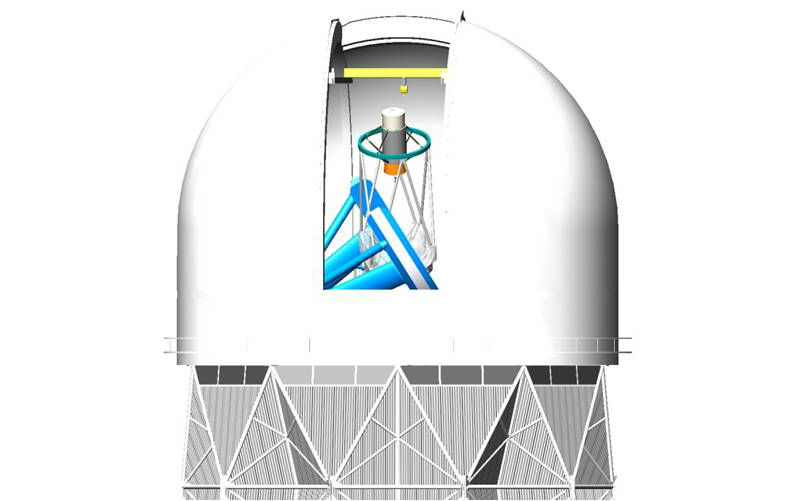 Two hundred physicists and astronomers make up the international DESI Collaboration, which is based at DOE’s Lawrence Berkeley National Laboratory (Berkeley Lab). Using DESI’s redshift data they will create a three-dimensional map of the universe reaching deeper in space and time than any yet made. The map will reveal how dark energy and gravity have competed over time to shape the structure of the universe—both the regular clustering of galaxies and dark matter on the largest scales, and the idiosyncratic motion of individual galaxies.

The above image shows a model of the Mayall telescope with a DESI Prime Focus Assembly. 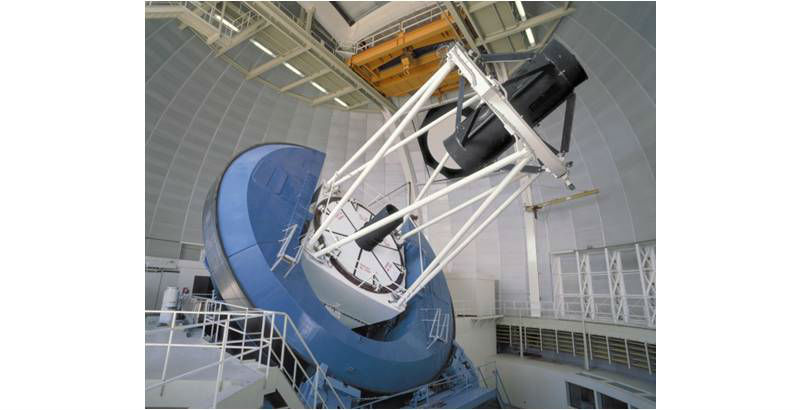 The above image shows Kitt Peak National Observatory’s Mayall 4-meter telescope, on which DESI will be mounted. 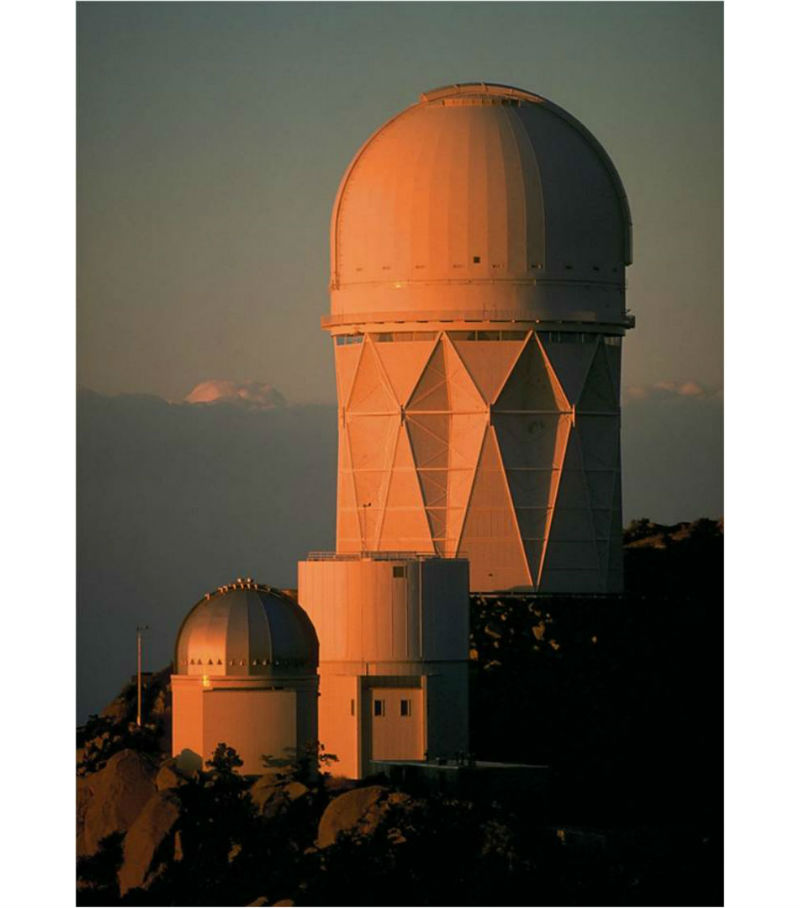 Redshift, literally the shift of a distant astronomical object’s spectrum to longer (redder) wavelengths, is a direct measure of how much space stretched while the light was en route from object to observer. The bigger the redshift, the older the object. To capture light whose journey started up to 12 billion years ago—corresponding to a redshift of 3.5, when the universe was less than one seventh its present age—the DESI instrument will be mounted on the 4–meter Mayall telescope at Kitt Peak National Observatory near Tucson, Arizona.

The above photo shows the exterior of the Kitt Peak Mayall 4-meter telescope.