Pixus Technologies has announced new 3U OpenVPX backplanes in 5-slot and 6-slot sizes.

The 5-slot OpenVPX backplane from Pixus features a mesh topology. The versatile backplane topology and slot size makes it an attractive choice for many development systems. The 6-slot version has a distributed topology. The backplanes are designed for speeds from 3.125 Gbaud/s to 6.25 Gbaud/s and come with or without RTM connectors.

The OpenVPX backplane product line from Pixus come in various VITA 65 compliant backplane profiles and to VITA 46 specifications. The 3U and 6U backplanes can easily be designed to specific customer profiles and are geared to provide a combined superior performance and price competitiveness. 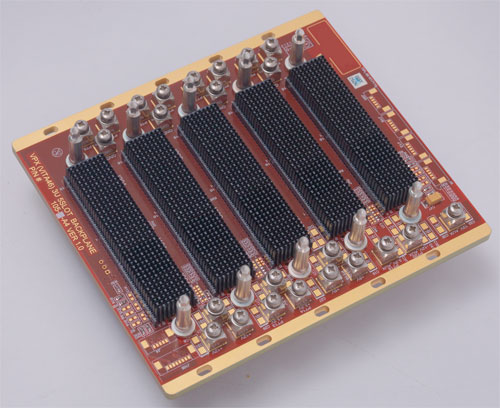 Pricing for the 3U OpenVPX backplanes starts under $1500.00 depending on quantity and configuration. Lead time is 6-8 weeks ARO.