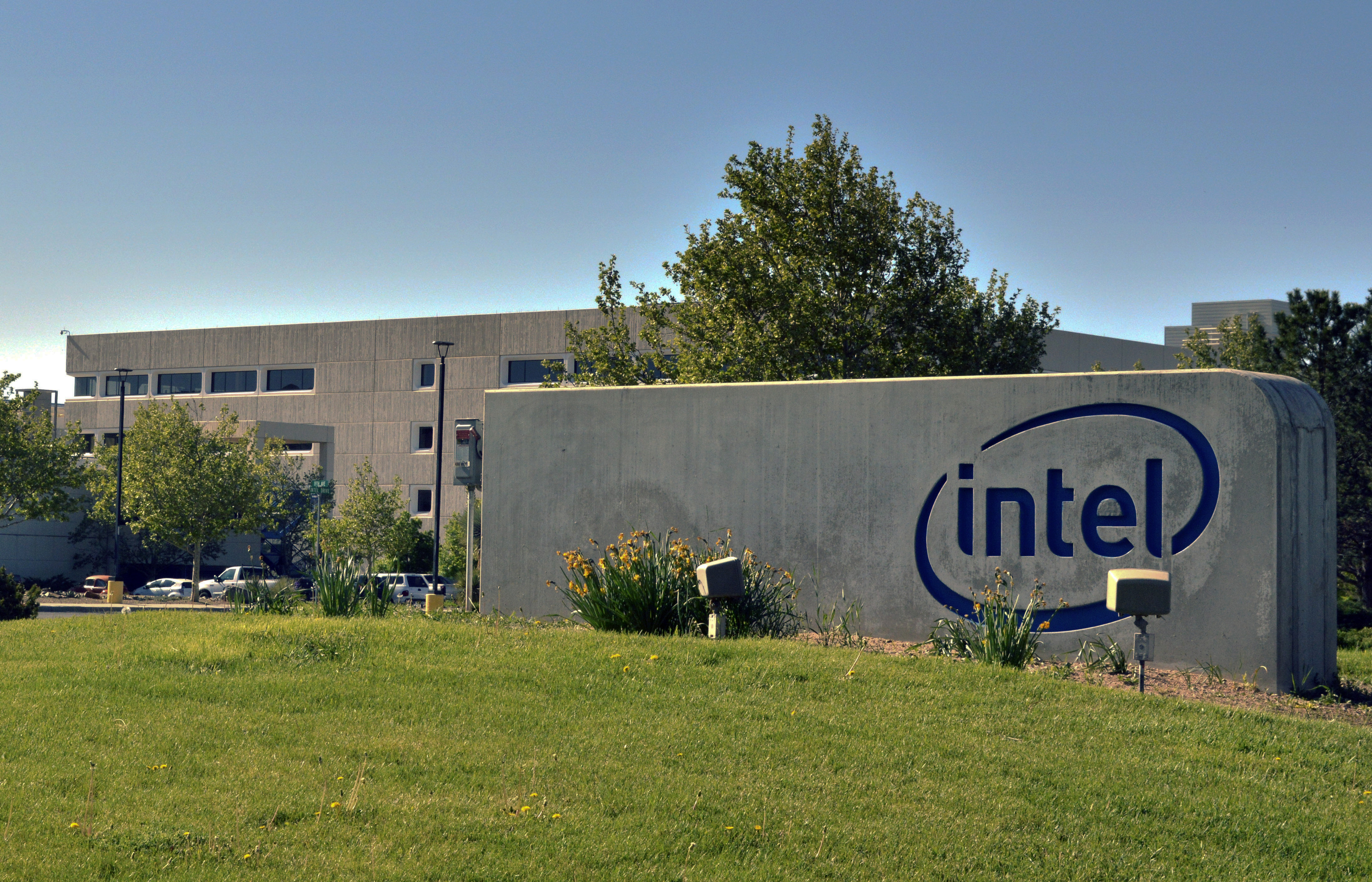 A sign outside of Intel’s Rio Rancho plant is shown in this Monday, April 25, 2016, photo, a week after Intel announced plans for massive job cuts across the company creating uncertainty in one of New Mexico’s largest cities. The giant chipmaker is expected to unveil details this week that could determine the future of the company’s plant north of Albuquerque. (AP Photo/Russell Contreras)

A massive Intel plant has been a cornerstone in Rio Rancho, New Mexico, for nearly a generation.

During its time in the bedroom community north of Albuquerque, Intel has pumped billions of dollars into the state economy and helped fund a number of public schools.

Now Intel’s plan for massive companywide job cuts is creating uncertainty in Rio Rancho, one of largest cities in New Mexico that grew from a sleepy town to a sprawling area of 94,000 residents in the shadow of the chipmaker.

Intel Corp. is expected to unveil details this week that could determine the future of the Rio Rancho plant and others in Oregon, Arizona and California.

Santa Clara, California-based Intel announced last week it is cutting 12,000 jobs — about 11 percent of its workforce. The move is part of its effort to reorganize amid declining personal computer sales.

In Rio Rancho, Intel operates an aging facility that producers nanometer chips that are becoming obsolete. In recent years, the plant has seen a steady decline in workers and now employees 1,900 people.

“Intel is one of most important companies, not just for Rio Rancho, but for the state of New Mexico. They create the types of jobs we want,” said Terri Cole, president/CEO of the Greater Albuquerque Chamber of Commerce. “Any talk of job cuts make us all uneasy.”

Intel Rio Rancho spokeswoman Natasha Martell Jackson said the company was not releasing any details about possible job reductions in Rio Rancho or elsewhere at this time.

The distressing news comes as the state is seeing lower revenue because of sagging prices for oil and natural gas — two other key industries in the state.

The decline has sparked calls for a special legislative session about funding changes for schools and state agencies.

Intel said job cuts will include voluntary and involuntary departures over the coming year, some occurring as Intel consolidates some of its PC chip operations at fewer locations.

Jim McGregor, a principal analyst at TIRIAS Research, a high-tech research and advisory firm, said he doesn’t see a bright future for the Rio Rancho facility even though the company recently said it wouldn’t be closing any plants in the near future.

It would be hard to find another viable use for the Rio Rancho facility, McGregor said.

Mike Lonergan, a spokesman for Gov. Susana Martinez, said the Republican governor met with Intel representatives last week after the company announced job reductions were on the way.

“The governor … is committed to continuing to create a competitive business environment in New Mexico to help all businesses grow and prosper,” Lonergan said.

Intel also has large campuses in Portland, Oregon; Chandler, Arizona; and Santa Clara and Folsom, California. It also has facilities in other countries including Israel and China.

Rio Rancho Mayor Greg Hull said he didn’t want to speculate about what might happen if Intel closed the factory. However, Hull said the city has worked to diversify its economy and seen growth in the past two years even as Intel has slashed 400 jobs.