Since the human hand is a diverse tool of nature, robots could benefit from a similar appendage. In that vein, Festo, a German industrial automation company, has developed a pneumatic robotic hand with artificial intelligence (AI), called the BionicSoftHand.

The robot absorbs information through reinforcement learning. The hand is given a goal, and tries to achieve that goal through trial and error. Overtime, the robot optimizes its efforts to successfully complete the given task.

To accurately mimic the movements of the real deal, the robot gets help from the virtual world with a digital twin. When given an objective, depth-sensing camera create a digital copy of the object. Then, AI algorithms run their course to figure out the robot’s next actions.

Below you can see a side-by-side view of robot hand holding a 12-sided cube, and its virtual copy. 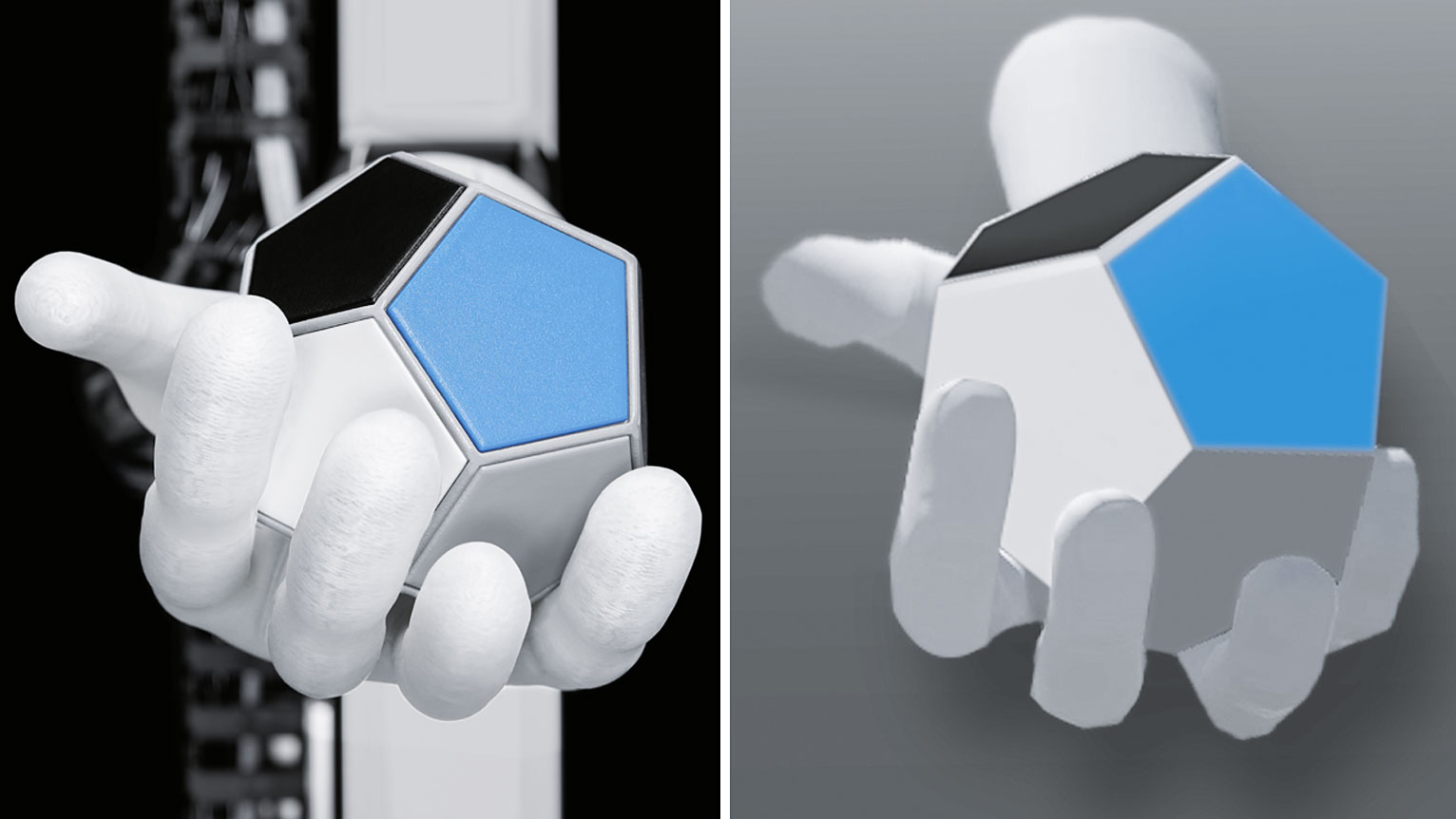 The fingers are made from 3D textile knitted fabric, with each finger containing inertial sensors, flexible printed circuit boards, and tactile force sensors. Elastomer bellows with two air chambers move the gripper fingers, while two pneumatic swivel modules are located at the base of the thumb and index finger. The design also features a motherboard at the top of the hand, and 24 proportional piezo valves in the wrist region. 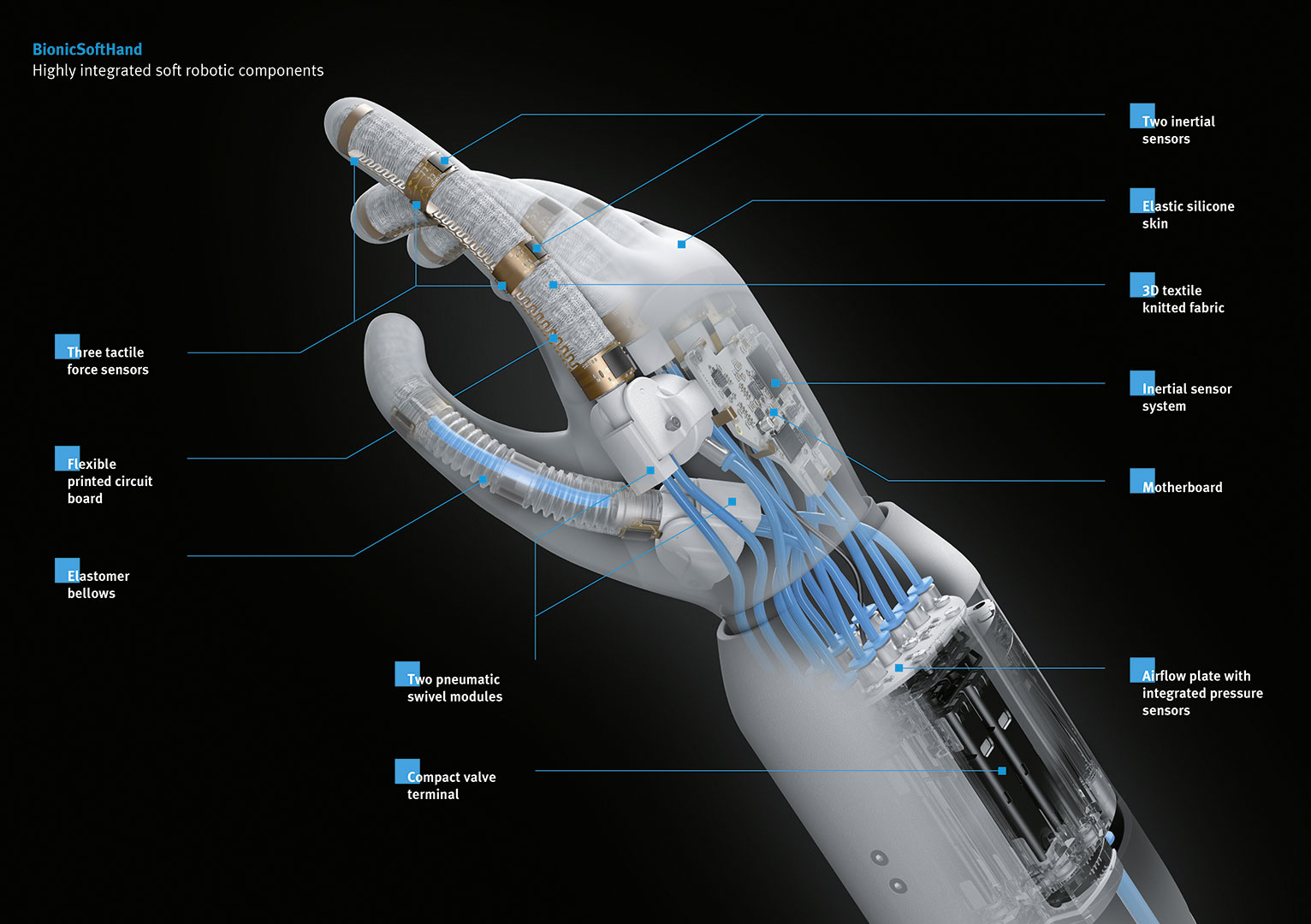 Festo has created some interesting robotic designs over the years. Take, for example, its three flying robotic designs that take the familiar form of a butterfly, jellyfish, and penguin. Last year, Festo continued its nature-inspired creations with a spider-like robot, and a robot that emulates the movements of a cuttlefish.

To see Festo’s BionicSoftHand in action, watch the video below.