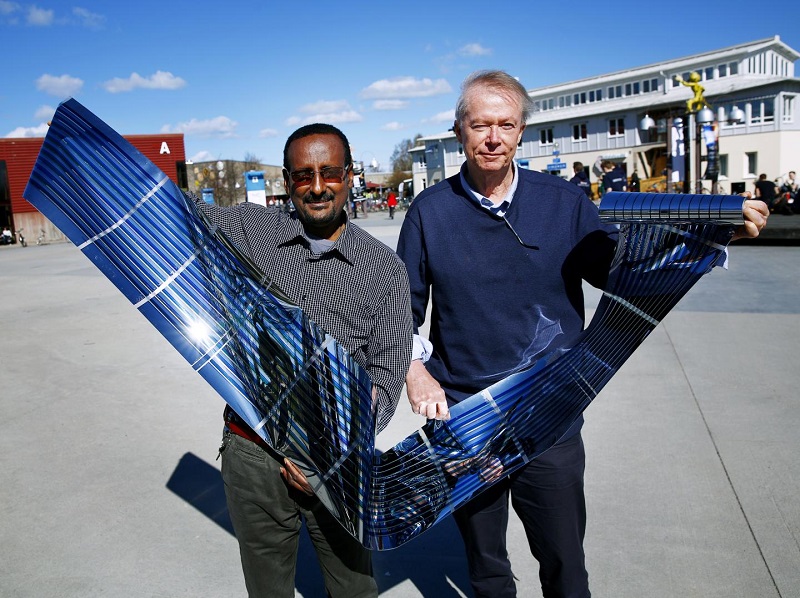 Fullerene is often an important component of polymer solar cells, since it enables high energy efficiency when used to separate charge carriers. However, it’s unstable when under strong illumination, and can form large crystals at very high temperatures. A team of researchers at the Chinese Academy of Sciences and Linköping University have found a way to develop a replacement for fullerene-free polymer solar cells, using the polymer PBDB-T and the molecule ITIC.

They claim that the polymer solar cells are inexpensive and easy to manufacture. The result is a roll of material that stands up to high temperatures and constant solar radiation better than previous versions.

“We have demonstrated that it is possible to achieve a high efficiency without using fullerene, and that such solar cells are also highly stable to heat. Because solar cells are working under constant solar radiation, good thermal stability is very important,” said Linköping University physicist Feng Gao.

The material converts the energy from the sun into power with an efficiency of 11 percent, comparable to solar cells that use fullerenes.

The team, which is led by Professor Jianhui Hou from the Chinese Academy of Sciences and includes Gao and Linköping University staff members Olle Inganäs and Deping Qian, have identified the loss spectroscopy of photovoltage on their solar strips and are investigating ways to make it even more efficient.

Their next step is to look into manufacturing the cells using roll-to-roll-printing.

The researchers from both universities published their results in the journal Advanced Materials.