Mobile networks (3G, 4G, WiFi): They surround us anytime and anywhere, indoors and outdoors. Usually, we don’t even realize their presence (unless they’re not working properly). Without mobile networks, we’re unable to make phone calls, stream music, or video to our smartphones. In industrial environments, they’re crucial to ensure smooth company operations, from maintaining and monitoring machines to sharing information.

However, despite the importance of fully operational (indoor) wireless networks, their planning and rollout is still largely a manual exercise. Consequently, some areas in a building might have no wireless coverage at all, while other spots have too many signals present (resulting in interference). Especially in harsh industrial environments, the rollout of reliable wireless networks is complex and challenging. Signals may get blocked by moving piles of stock and materials, resulting in loss of connectivity.

To address this challenge, in 2014 imec kicked off FORWARD, a project conducted under the umbrella of the imec.icon collaborative research program. It investigated how white spots (i.e. areas lacking wireless coverage) and sources of network interference in (industrial) buildings can be predicted quicker, using that knowledge to automatically initiate on-the-fly network (re)configurations.

“FORWARD resulted from a very concrete and pressing need down at the production floors and warehouses of imec’s industrial partners ArcelorMittal, Volvo, and Egemin,” explains David Plets from imec’s WAVES research group at Ghent University. “While their range of activities is very different (from steel and car/truck manufacturing up to the delivery of automated material handling solutions for warehouses and production/distribution centers), each of them suffered from unstable indoor wireless coverage, massive interference, and hand-over issues between WiFi access points.”

The WiFi network installed at the Volvo plant in Belgium’s city of Ghent, for instance, had difficulties adapting to the necessary infrastructural changes needed for supporting the production of new truck models. Moreover, the presence of numerous Bluetooth devices negatively affected WiFi network performance.

At ArcelorMittal, steel coils proved to be a major source of wireless network interference. This led to disruptions in the hand-over of wireless signals used to communicate with ArcelorMittal’s moving cranes, resulting in them performing emergency stops.

Lastly, Egemin wanted to investigate how its WiFi network used to communicate with automated guided vehicles (AGVs), can automatically reconfigure itself based on the sudden appearance of big obstacles—so that optimal network coverage (and smooth communication with the AGVs) can be provided any time.

“Ultimately, FORWARD resulted in a number of approaches to foresee in optimal network coverage, to support a quick hand-over of traffic between (WiFi) access points, and to automatically (re)configure those networks on-the-fly—switching access points on/off and adapting their energy levels as is needed,” says Plets. “Those outcomes, and more specifically the WHIPP tool we developed, now allow us to also help other partners build robust and reliable WiFi networks that continue to operate flawlessly—even in harsh industrial environments.” 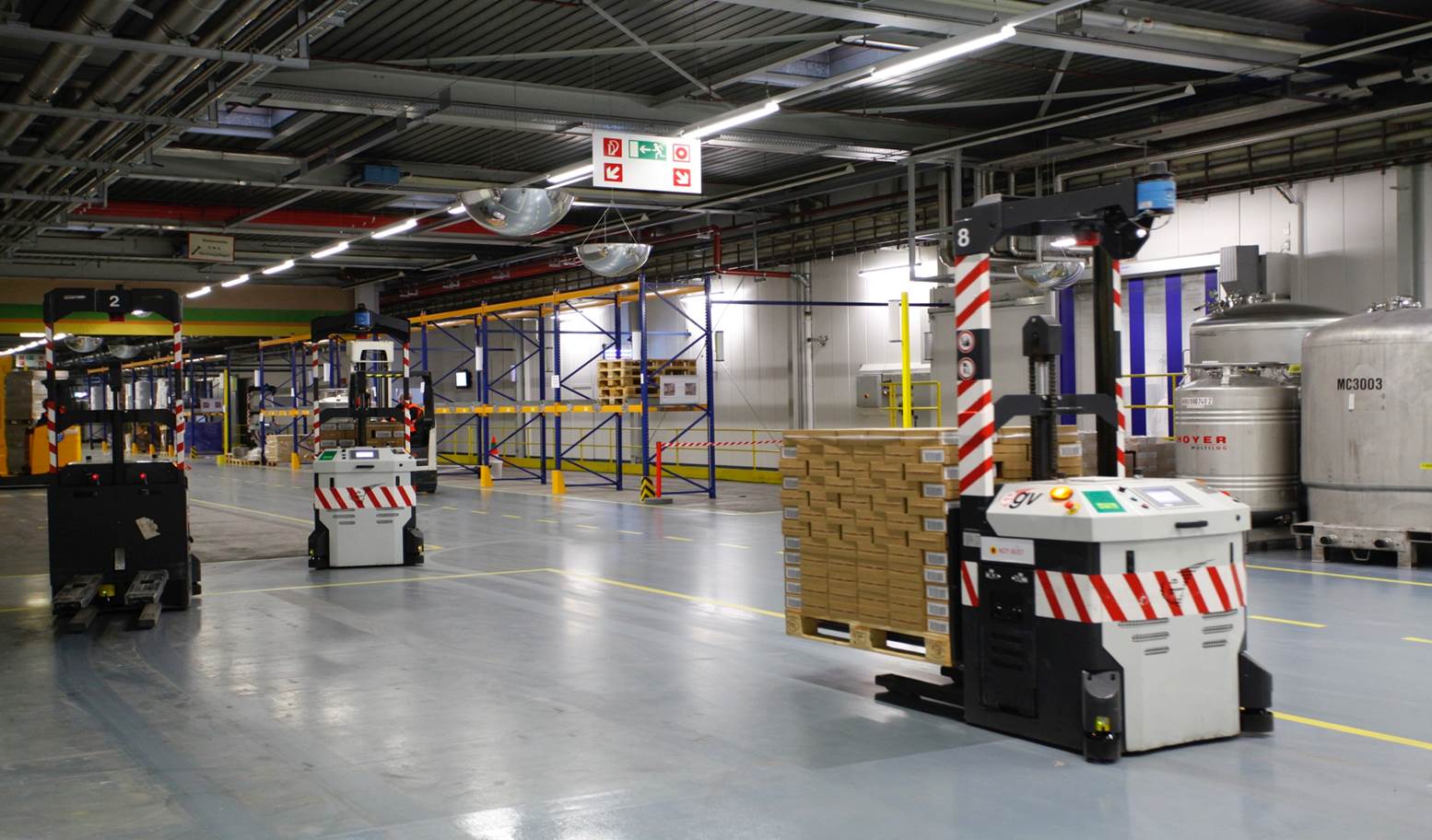 Plets: “The use-cases at ArcelorMittal, Volvo, & Egemin clearly demonstrate that sudden infrastructural changes in industrial plants and warehouses can lead to the creation of white spots. Today, those white spots are calculated through individual, manual access point measurements—a process that takes a lot of time and doesn’t allow for quick network reconfigurations. Hence in the framework of the FORWARD project, we developed and fine-tuned WHIPP, a user-friendly software tool that accurately predicts wireless coverage in homes or industrial settings for a given set of access points, based on a simple floor map.”

WHIPP software uses a building’s (digital) construction plans as its input—while its supporting app allows to quickly and flexibly make additional access point measurements. On one hand, WHIPP performs the actual network planning, thereby keeping the number of WiFi access points (and thus the cost) as low as possible without compromising on signal quality. On the other hand, WHIPP also calculates the total installation cost (including Ethernet and power cabling, ducts, labor costs, etc.). Moreover, the tool can be used for frequency planning and calculating how exposure to electromagnetic radiation can be limited.

Plets: “Existing methods to calculate the ideal configuration of indoor WiFi networks have significant shortcomings. Traditional site surveys, for instance, require a lot of time and are very expensive. Other tools are slow, not suited to deal with large spaces, or sufficiently accurate.”

“The major advantage of WHIPP is that its underlying model has been evaluated in different environments—and has proven to keep an optimal balance between time, cost, and quality-of-experience.”

Putting WHIPP To The Test At A Volvo Warehouse

To assess WHIPP’s novel approach, a field study was set up at the Volvo premises in Ghent. It allowed the research teams to compare the results delivered by WHIPP’s automated network planning to those of a full-blown, traditional site survey.

The study was conducted in a large Volvo factory warehouse of 415 by 200 meters, filled with 224 warehouse racks consisting of a metal frame. When filled, the racks contain wooden boxes with metal components inside. In other words: the ideal scenario to cause poor and unstable indoor WiFi coverage.

When comparing the outcomes, the researchers found that both approaches yielded a comparable number—and location—of suggested WiFi access points to optimize network coverage in the warehouse. The main difference, though, was found in the execution time (and cost): whereas the traditional site survey approach took three weeks to complete. Only one day was required when using the automated planning tool.