Dan Carnovale sounds extremely pissed off. He says he has three gizmos on his work bench right now that are all marketed as devices that can be hooked onto power lines to save energy. And, he claims, “All of them are garbage.”

Carnovale manages the Eaton Corp. Power Systems Experience Center in Pittsburgh. Bogus energy efficiency claims are one of his pet peeves. He says he sees a lot of equipment sold on the premise of saving energy that simply doesn’t work. Worse, he’s convinced many of the people putting these devices on the market know full well that their equipment is worthless.

“One company I’m familiar with installed 50 of these things at about $4,000 a piece. By the time everything was installed, they’d spent about $1 million. But they didn’t save any energy,” he relates. Worse, the victims in situations like this one are often so embarrassed, he says, they typically bury the evidence rather than make a stink about being scammed.

Eaton’s PSEC produced a video depicting how a sales pitch for energy efficiency add-ins often goes: The video depicts a faux salesperson switching the add-on device into and out of ac lines powering an induction motor, which is typically spinning without driving any load. An ammeter is hooked into the motor circuit. With the energy gizmo in place, the meter reads out a current level half of that when the gizmo is not in the circuit. “That’s a 50% savings!” gushes the salesperson.

What’s not shown in the demo is that the kilowatts dissipated in the motor are the same in either case. The gizmo is actually a capacitor that adjusts the power factor phase relationship of the motor voltage and current. Induction motors running unloaded are close to a worst-case situation for power factor.

Indeed, one reason people frequently get bilked by false energy efficiency schemes is a lack of knowledge about the role power factor plays on ac lines. Any cost savings from power factor correction comes from avoiding a tacked-on fee from the utility, not from saving energy. So gizmos like the one described in Eaton’s video would only save money if the utility added a penalty to the bill for excessive power factor. Often, says Carnovale, the facilities buying these quack energy efficiency remedies aren’t even on a rate schedule that penalizes them for excessive power factor. 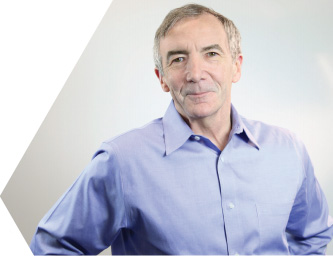 “One hospital approached us for an opinion because they were getting ready to spend a lot of money on capacitors. It turned out the main reason for doing so seemed to be the passion of the salesperson selling the devices. There was no money to be saved because the hospital didn’t pay any power factor penalty,” he says. “It is clear to me a lot of the people selling these things are so excited about selling them that they are blind to the fact that their product really doesn’t work.”

But the days of questionable energy efficiency devices may be numbered. The IEEE has formed a working group that is defining tests for determining the effectiveness of add-on energy efficiency gear. IEEE P1889 aims to provide instructions for measuring electrical quantities that reveal how retrofitted energy saving devices (ESD) actually perform. This standard will focus on monitoring the power absorbed or generated with and without the ESD connected. There will be detailed protocols describing step-by-step the testing circuits, the type and accuracy of needed instrumentation, and a special emphasis on sources of measurement errors.

The result could be less money wasted on phoney energy savers, but fewer humorous war stories in the energy efficiency trenches. “The marketing material for one of these things said the inventor was inspired by God. It is comical but also scary to see what these guys come up with,” remarks Carnovale