NASA’s InSight lander launched May 5 from California’s Vandenberg Air Force Base, and finished its 300-million-mile journey November 26, becoming Mars’ newest robotic tourist. Since then, InSight has taken its first selfie, flexed its robotic arm, and captured the sound of Martian winds.

According to NASA, the team knew the November 26 touchdown was within an 81-mile-long landing ellipse on Mars. Now, InSight’s exact location is known. The powerful HiRISE camera aboard NASA’s Mars Reconnaissance Orbiter (MRO) has spotted the lander from space (Figure 1).

The image captures the lander, heat shield, and parachute, which are all “within 1,000 ft (several hundred meters) of one another on Elysium Planitia, the flat lava plain selected as InSight’s landing location,” according to NASA. 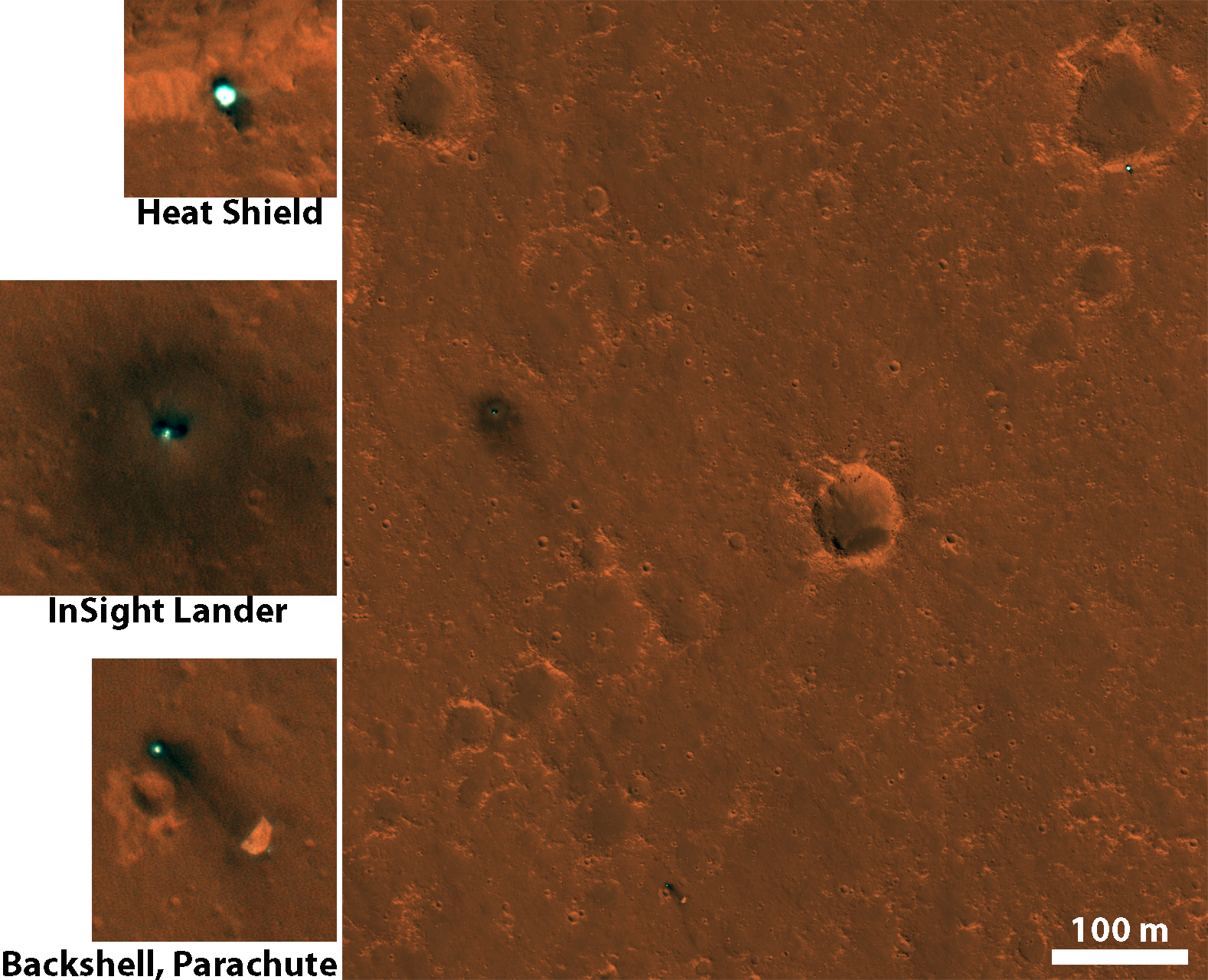 Figure 1: The lander, heat shield, and parachute of the InSight mission were spotted by HiRISE. (Image Source: NASA/JPL-Caltech/University of Arizona)

Zooming into each part of the photo (Figure 2), the heat shield is pictured on the far left, which “has its dark outside facing down, since it is so bright (saturated, probably a specular reflection),” according to the team at University of Arizona who operates HiRISE. The light reflected off its surface causes the color saturation.

The middle segment highlights the lander. The bright spot seen in the photo is believed to be another specular reflection, according to the University of Arizona, and the faint bluish glow around the central reflection indicates the lander’s solar arrays and their shadows. The large darkened region circling the lander may be disturbed dust from InSight’s retrorockets during descent, which was a similar feature noticed at the Phoenix and Curiosity landing sites.

The segment on the far right shows the parachute and its attached backshell, which may be forming yet another specular reflection. 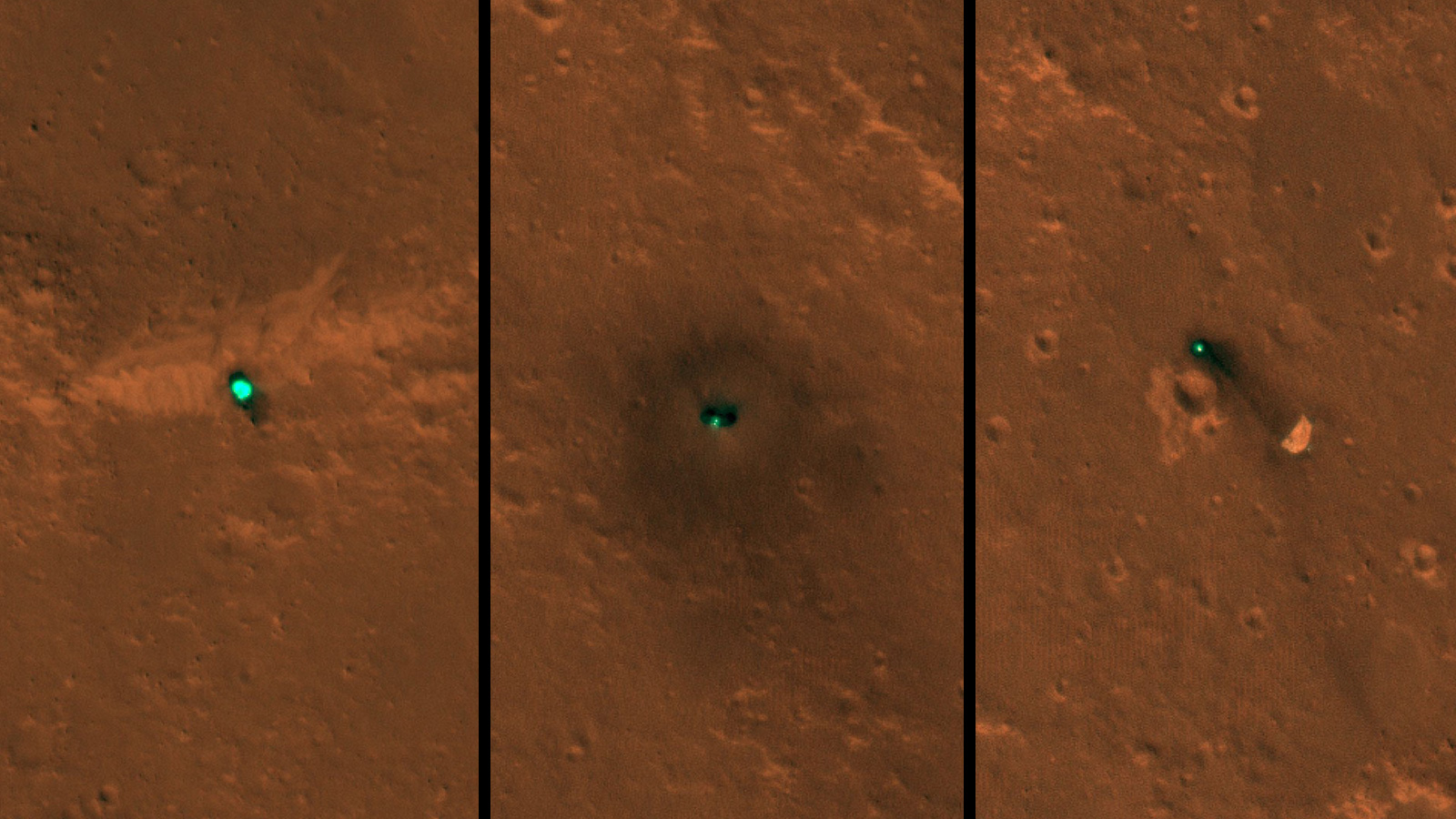 InSight is designed to study Mars’ deep interior, including its crust, mantle, and core. By studying the structure of Mars and comparing it to Earth, scientists may broaden their understanding on what makes a planet habitable.

You can view a mission summary in the video below.