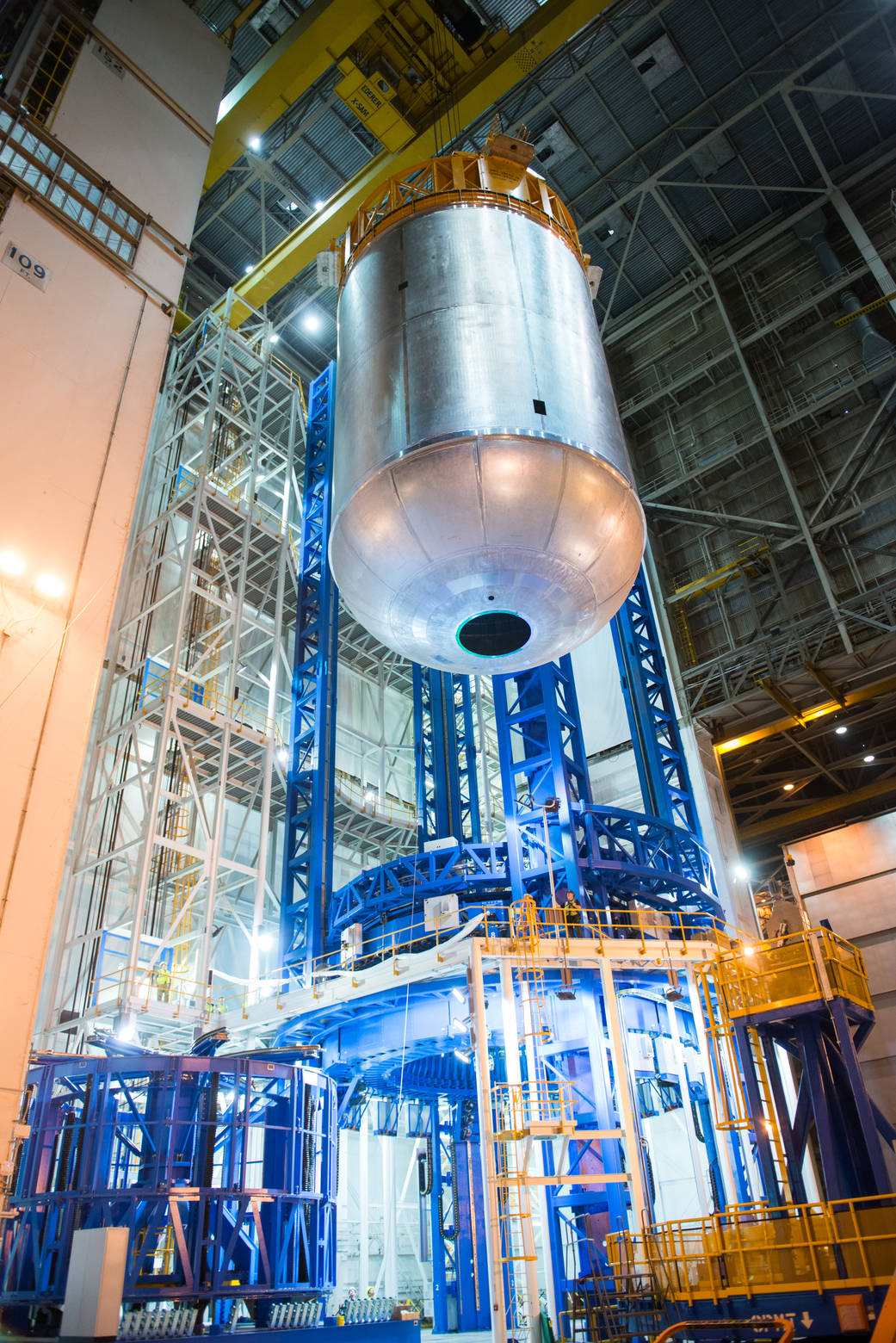 A liquid oxygen tank confidence article for NASA’s new rocket, the Space Launch System, completes final welding on the Vertical Assembly Center at Michoud Assembly Facility in New Orleans. This is the first glimpse of what one of the two tanks will look like that make up the SLS core stage. Towering more than 200 feet tall with a diameter of 27.6 feet, the core stage will store cryogenic liquid hydrogen and liquid oxygen that will feed the vehicle’s RS-25 engines. Confidence hardware verifies weld procedures are working as planned and tooling-to-hardware interfaces are correct. It will also be used in developing the application process for the thermal protection system, which is the insulation foam that gives the tank its orange color. The liquid oxygen tank is the smaller of the two tanks in the core stage. Components of the liquid hydrogen tank confidence article completed welding in February at Michoud. All welding for the SLS core stage for the Block I configuration of the rocket — including confidence, qualification and flight hardware — will be done this summer in preparation for its first flight with NASA’s Orion spacecraft in 2018.