The ouster of Tom Price as President Donald Trump’s health secretary is yet another self-inflicted blow for Republicans wishing to put their own stamp on healthcare — and the latest distraction for a White House struggling to advance its agenda after months of turmoil.

Price resigned Friday amid investigations into his use of costly charter flights for official travel at taxpayer expense. His exit makes it even more unlikely that Republicans will be able to deliver on their promise to repeal and replace former President Barack Obama’s law, even though they control the White House and both chambers of Congress.

“I think healthcare is a dead letter through the next election,” Joe Antos, a policy expert with the business-oriented American Enterprise Institute, said Saturday.

The health secretary’s exit capped a week in which a last-ditch GOP healthcare bill failed to advance in the Senate. Regaining momentum will be more difficult now that the White House also has to find a replacement for Price. That makes it harder to visualize how the administration and congressional Republicans can fulfill their goal of remaking the healthcare system along conservative lines, although Trump has said he’s confident a plan can pass early next year.

Price — who Trump concluded had become a distraction — had been on the rocks with the president since before the travel flap. A former Republican congressman from Georgia, he proved less helpful than expected on the health care fight. Price played a supporting role while Vice President Mike Pence took the lead, especially with the Senate. 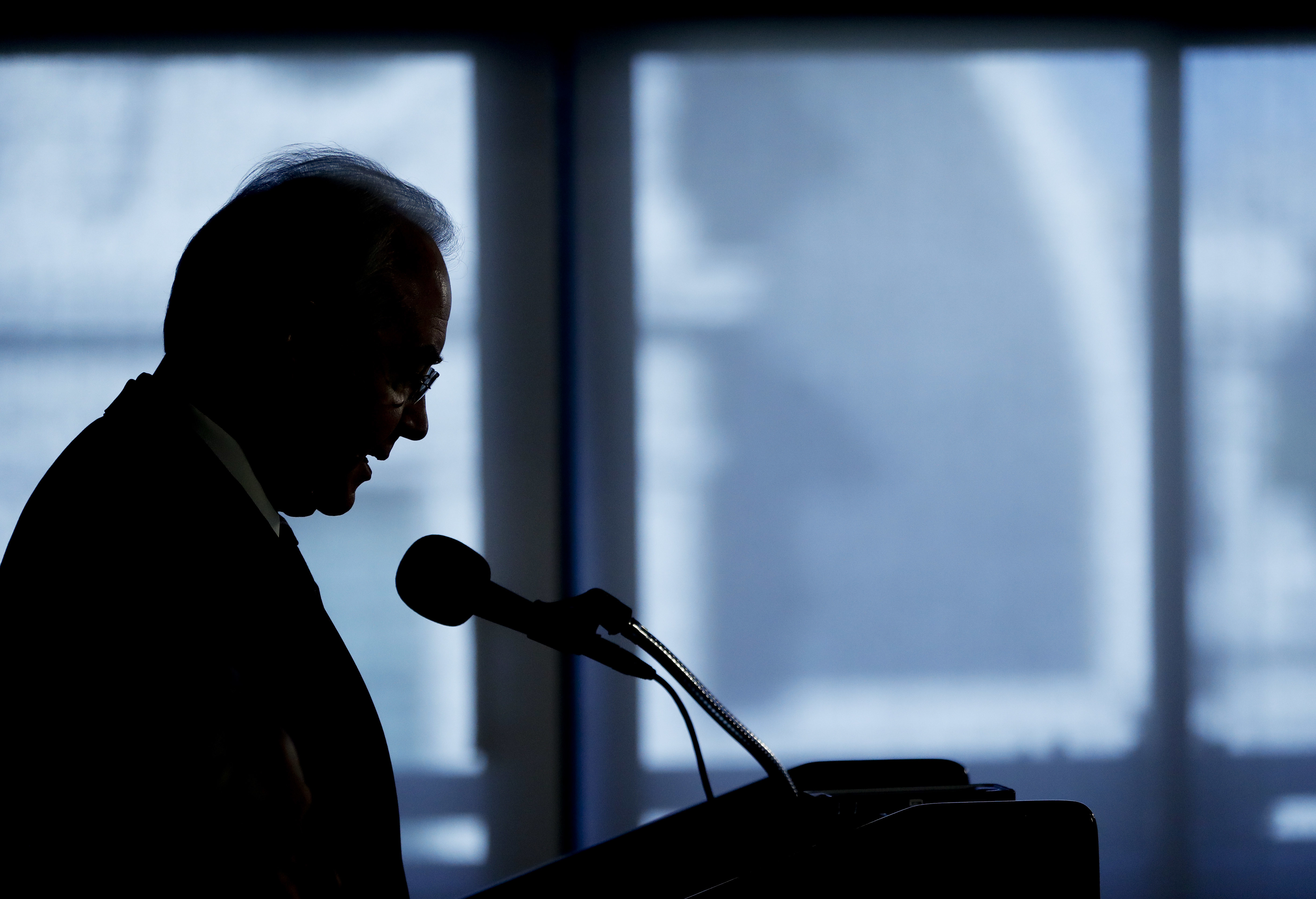 In this Sept. 28, 2017, file photo, Health and Human Services Secretary Tom Price is seen silhouetted as he speaks during a National Foundation for Infectious Diseases (NFID) news conference in Washington. Price announced Friday, Sept. 29, 2017, he is resigning amid criticism of his travel on private planes. (AP Photo/Pablo Martinez Monsivais, File)

The health secretary’s departure — the latest in a list that now includes Trump’s chief of staff, national security adviser, press secretary and two communications directors — is also unlikely to end what has been a steady drip of revelations about potentially inappropriate travel on the part of Cabinet members.

Treasury Secretary Steven Mnuchin has come under fire for requesting a government aircraft to use on his honeymoon, while Interior Secretary Ryan Zinke said he’d taken three charter flights while in office, including a $12,375 late-night trip from Las Vegas to his home state of Montana in June. The Environmental Protection Agency’s inspector general has opened an inquiry into Administrator Scott Pruitt’s frequent taxpayer-funded travel on commercial planes.

Trump ran on a pledge to “drain the swamp” in Washington and has taken pride in his efforts to reduce federal spending and negotiate better deals on behalf of American taxpayers.

In a memo Friday, White House budget director Mick Mulvaney said all travel on government-owned, rented, leased, or chartered aircraft will now have to be approved by the president’s chief of staff, John Kelly. That gives more oversight power to a man who has tried to impose order and structure on what has been a chaotic White House.

On healthcare, the task of installing another secretary at the Health and Human Services department won’t be easy.

The nominee will have to run the gauntlet of Senate confirmation. The already contentious process will be more challenging as Democrats shift from playing defense to offense on healthcare, heartened by the survival of the Affordable Care Act and polls showing support for the government’s leading role in healthcare.

And HHS is not the only department that needs a leader. Trump has yet to pick a permanent replacement for Kelly, who left his previous job running the Department of Homeland Security in July.

Two potential candidates for health secretary already hold senior Senate-confirmed posts at HHS, which could be a plus for the White House.

Seema Verma leads the Centers for Medicare and Medicaid Services, which runs major insurance programs. Scott Gottlieb heads the Food and Drug Administration, which has regulatory authority across pharmaceuticals and consumer products.

Verma is a protege of Pence, who played a major role in negotiations with Congress this year on the futile effort to repeal the Obama health law.

Verma is seen as a talented policy expert, but she’s still relatively new to the ways of Washington. Gottlieb is a veteran, but he may prefer the FDA and its clearly defined mission to the quicksand of healthcare policy.

Also mentioned is Louisiana GOP Sen. Bill Cassidy, co-author of the last Republican healthcare bill that failed to advance. Cassidy would probably win confirmation easily, but his prospects in the Senate appear bright, and he may not want to depart for a Cabinet post in a tumultuous administration.

Another potential candidate is Florida’s Republican Gov. Rick Scott, a former hospital executive who is term-limited after 2018. But Scott is expected to mount a Senate campaign against Democratic incumbent Sen. Bill Nelson next year, and he may have ambitions and interests beyond healthcare.