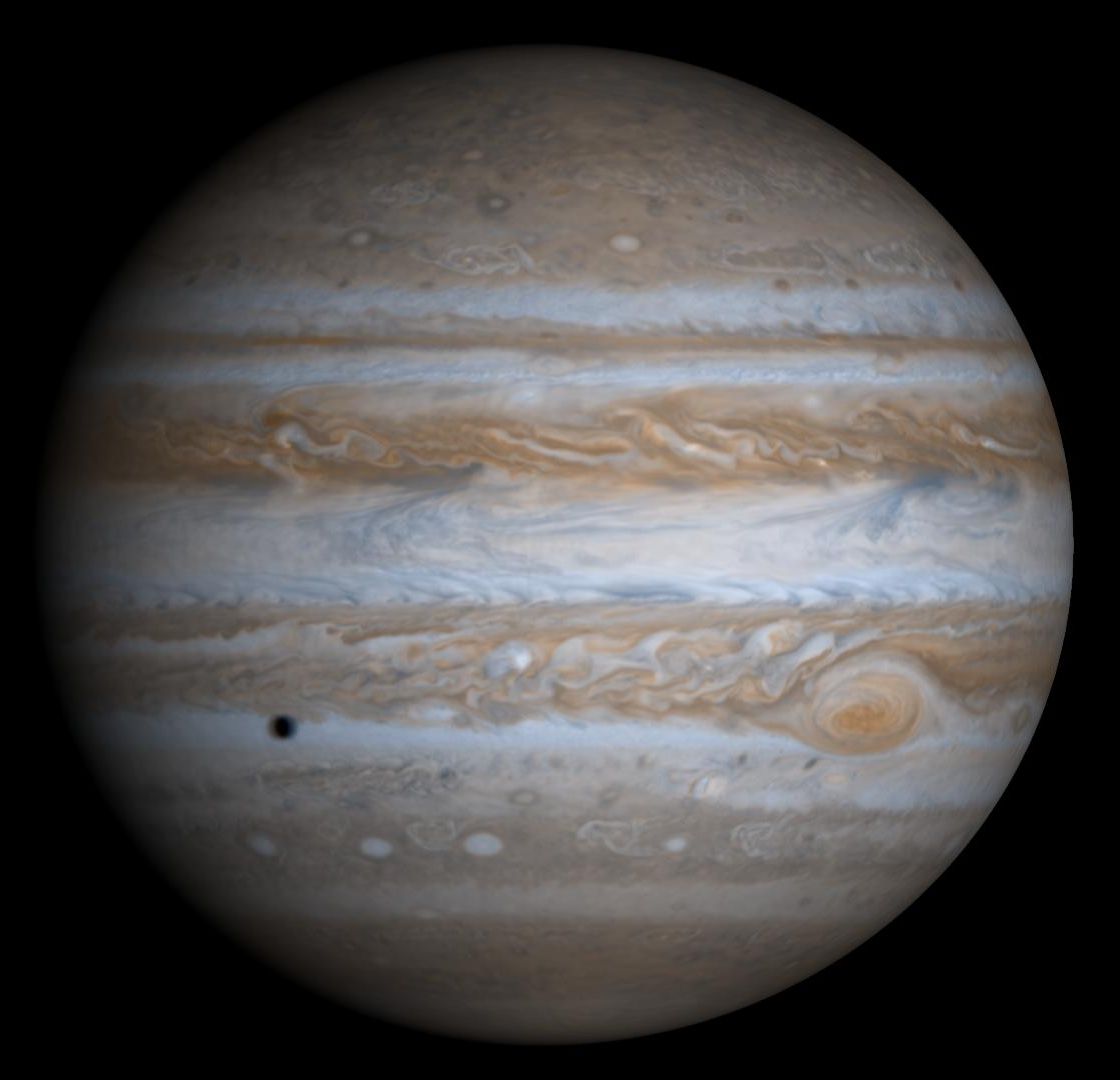 Jupiter’s moon Europa is believed to possess a large salty ocean beneath its icy exterior, and that ocean, scientists say, has the potential to harbor life. Indeed, a mission recently suggested by NASA would visit the icy moon’s surface to search for compounds that might be indicative of life. But where is the best place to look? New research by Caltech graduate student Patrick Fischer; Mike Brown, the Richard and Barbara Rosenberg Professor and Professor of Planetary Astronomy; and Kevin Hand, an astrobiologist and planetary scientist at JPL, suggests that it might be within the scarred, jumbled areas that make up Europa’s so-called “chaos terrain.”

“We have known for a long time that Europa’s fresh icy surface, which is covered with cracks and ridges and transform faults, is the external signature of a vast internal salty ocean,” Brown says. The areas of chaos terrain show signatures of vast ice plates that have broken apart, shifted position, and been refrozen. These regions are of particular interest, because water from the oceans below may have risen to the surface through the cracks and left deposits there.

“Directly sampling Europa’s ocean represents a major technological challenge and is likely far in the future,” Fischer says. “But if we can sample deposits left behind in the chaos areas, it could reveal much about the composition and dynamics of the ocean below.” That ocean is thought to be as deep as 100 kilometers.

“This could tell us much about activity at the boundary of the rocky core and the ocean,” Brown adds.

In a search for such deposits, the researchers took a new look at data from observations made in 2011 at the W. M. Keck telescope in Hawaii using the OSIRIS spectrograph. Spectrographs break down light into its component parts and then measure their frequencies. Each chemical element has unique light-absorbing characteristics, called spectral or absorption bands. The spectral patterns resulting from light absorption at particular wavelengths can be used to identify the chemical composition of Europa’s surface minerals by observing reflected sunlight.

The OSIRIS instrument measures spectra in infrared wavelengths. “The minerals we expected to find on Europa have very distinct spectral fingerprints in infrared light,” Fischer says. “Combine this with the extraordinary abilities of the adaptive optics in the Keck telescope, and you have a very powerful tool.” Adaptive optics mechanisms reduce blurring caused by turbulence in the earth’s atmosphere by measuring the image distortion of a bright star or laser and mechanically correcting it.

The OSIRIS observations produced spectra from 1600 individual spots on Europa’s surface. To make sense of this collection of data, Fischer developed a new technique to sort and identify major groupings of spectral signatures.

“Patrick developed a very clever new mathematical tool that allows you to take a collection of spectra and automatically, and with no preconceived human biases, classify them into a number of distinct spectra,” Brown says. The software was then able to correlate these groups of readings with a surface map of Europa from NASA’s Galileo mission, which mapped the Jovian moon beginning in the late 1990s. The resulting composite provided a visual guide to the composition of the regions the team was interested in.

Three compositionally distinct categories of spectra emerged from the analysis. The first was water ice, which dominates Europa’s surface. The second category includes chemicals formed when ionized sulfur and oxygen¬¬–thought to originate from volcanic activity on the neighboring moon Io¬¬–bombard the surface of Europa and react with the native ices. These findings were consistent with results of previous work done by Brown, Hand and others in identifying Europa’s surface chemistry.

But the third grouping of chemical indicators was more puzzling. It did not match either set of ice or sulfur groupings, nor was it an easily identified set of salt minerals such as they might have expected from previous knowledge of Europa. Magnesium is thought to reside on the surface but has a weak spectral signature, and this third set of readings did not match that either. “In fact, it was not consistent with any of the salt materials previously associated with Europa,” Brown says.

When this third group was mapped to the surface, it overlaid the chaos terrain. “I was looking at the maps of the third grouping of spectra, and I noticed that it generally matched the chaos regions mapped with images from Galileo. It was a stunning moment,” Fischer says. “The most important result of this research was understanding that these materials are native to Europa, because they are clearly related to areas with recent geological activity.”

The composition of the deposits is still unclear. “Unique identification has been difficult,” Brown says. “We think we might be looking at salts left over after a large amount of ocean water flowed out onto the surface and then evaporated away. “He compares these regions to their earthly cousins. “They may be like the large salt flats in the desert regions of the world, in which the chemical composition of the salt reflects whatever materials were dissolved in the water before it evaporated.”

Similar deposits on Europa could provide a view into the oceans below, according to Brown. “If you had to suggest an area on Europa where ocean water had recently melted through and dumped its chemicals on the surface, this would be it. If we can someday sample and catalog the chemistry found there, we may learn something of what’s happening on the ocean floor of Europa and maybe even find organic compounds, and that would be very exciting.”