A new paper co-authored by Columbia University Mailman School of Public Health’s Bhaven Sampat, PhD, shows that 30 percent of all NIH-funded grants produce research that is cited by a private-sector patent. The publicly-funded research creates knowledge that links to private companies’ efforts to develop drugs, medical devices, and other patented biomedical products. Findings from ‘The Applied Value of Public Investments in Biomedical Research are published today in the journal Science.

In the budget recently submitted to Congress, President Trump asked for a reduction in the 2018 funding of the U.S. National Institutes of Health of almost 20 percent — or $6 billion, which could have consequences for biomedical innovation and those suffering from a variety of illnesses and conditions according to Dr. Sampat, associate professor of Health Policy and Management at the Mailman School and with the National Bureau of Economic Research (NBER), and his colleagues Danielle Li at Harvard Business School, and Pierre Azoulay of MIT Sloan School of Management and NBER.

Using data on life science patents, including drugs, devices, and other medical technologies, the researchers analyzed the output of research grants awarded by NIH over a 27-year period and provide a method for large-scale accounting of linkages between these public research investments and their commercial applications. NIH, the world’s largest single funder of research in the life sciences, provides support for one-third of biomedical R&D in the United States, as well as the majority of funding for so-called “basic” or broad-based biomedical research. 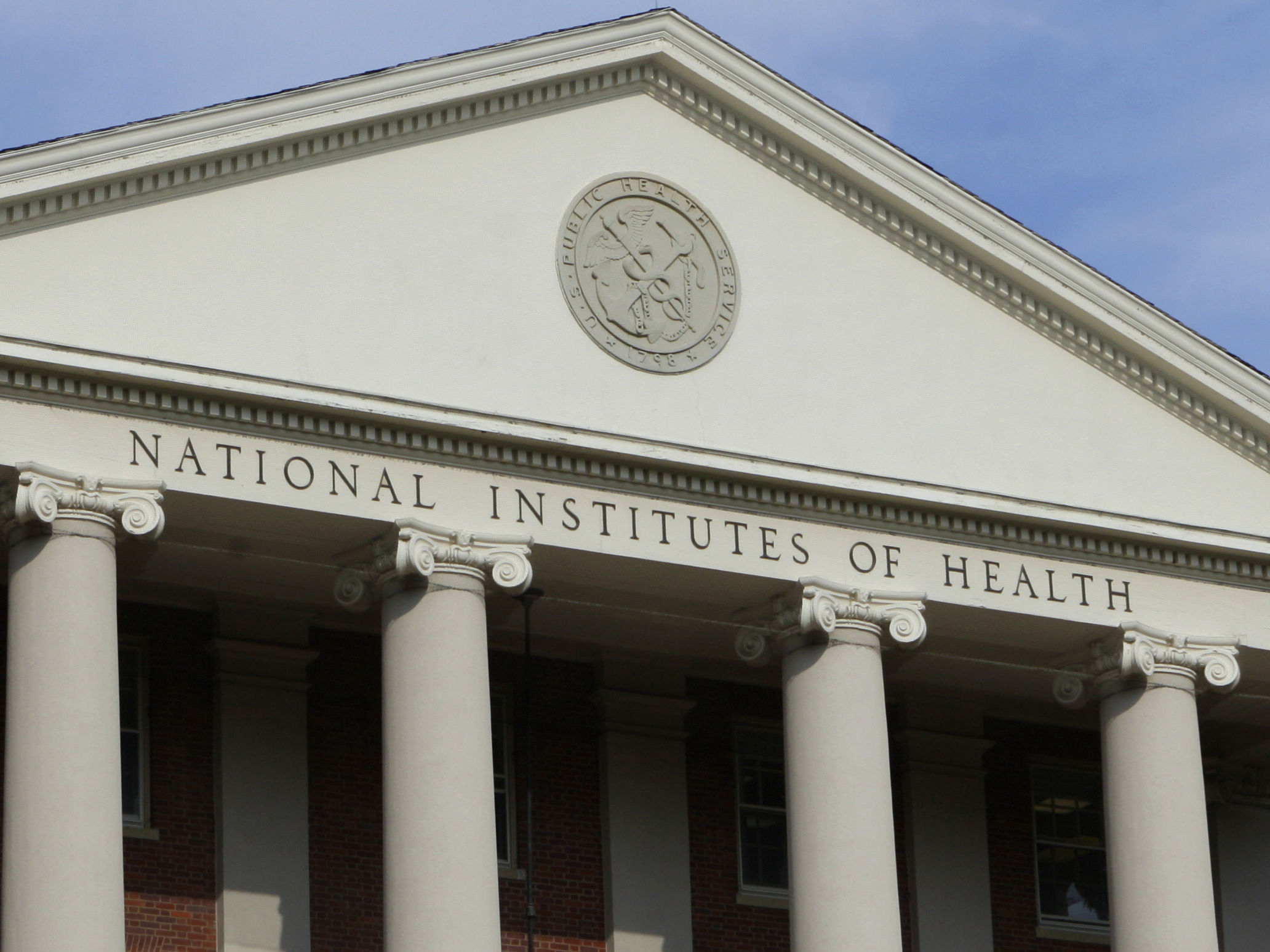 The administrative building of the National Institutes of Health is shown in Bethesda, Md. (AP Photo/J. Scott Applewhite)

Recognizing that some patents are more valuable than others, they also examined linkages between NIH grants and patents associated with marketed drugs. The researchers found about 10 percent of NIH grants generate a patent directly. “However, a much larger number of NIH grants — about 30 percent of them — generate articles that are subsequently cited by commercial patents. Therefore, focusing solely on the direct patent output of NIH funding may dramatically understate its importance for producing research that informs commercial innovation,” noted the authors.

“While these are intriguing results, better understanding of how crucial each cited grant is to the development of the private sector patent and improved techniques to extract references from patents are needed, ” said Sampat. “Measuring the economic effects of science is a hard problem. While we think this paper is a step forward, it is by no means the last word. More work is needed before we can make more definitive statements about the returns to NIH investments.”