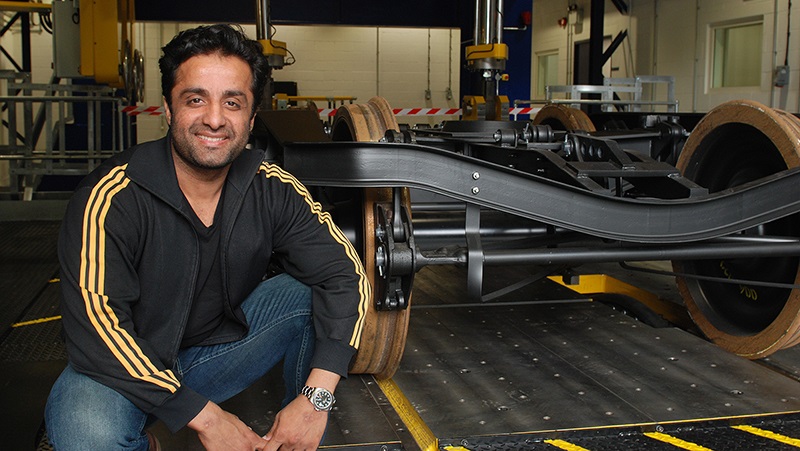 Siemens AG has partnered with university railway research experts to add track sensors to trains, allowing the vehicles to sense potential weaknesses in the tracks ahead.

E&T recently profiled the technology, which was developed at the University of Huddersfield in the United Kingdom and named Tracksure. It uses vibration sensors to pinpoint track voids, which are spaces between the railroad ties and the ballast (the substrate upon which the track is placed). The sensors integrate with existing GSM-R cab radio systems and send their information via the radio to a control center.

Researcher Farouk Balouchi said that the system detects the voids by analyzing vibrations with an algorithm they have developed to sift through the masses of acceleration data the train picks up as it travels.

Voids in the tracks can affect the quality of the train ride, and can contribute to an increased chance of rail breaks if they are left to develop to a dangerous degree.

“It was very challenging,” said Balouchi, in a press release. “Initially we used simulation to identify what type of sensors and what accuracy and sensitivity would be needed for the Tracksure prototype.  This led on to us developing a highly efficient algorithm which can process large quantities of acceleration data in a short space of time to detect the location and severity of potential track voids.”

In particular, it would serve as an early warning system at critical areas such as crossings and bridges. As well as scanning for voids, the sensors could also be useful in detecting suspension problems on the vehicle itself or corrugation of the track.

The system was detailed at the Railway Condition Monitoring conference, organized by the Institution of Engineering and Technology (the same organization which runs E&T).