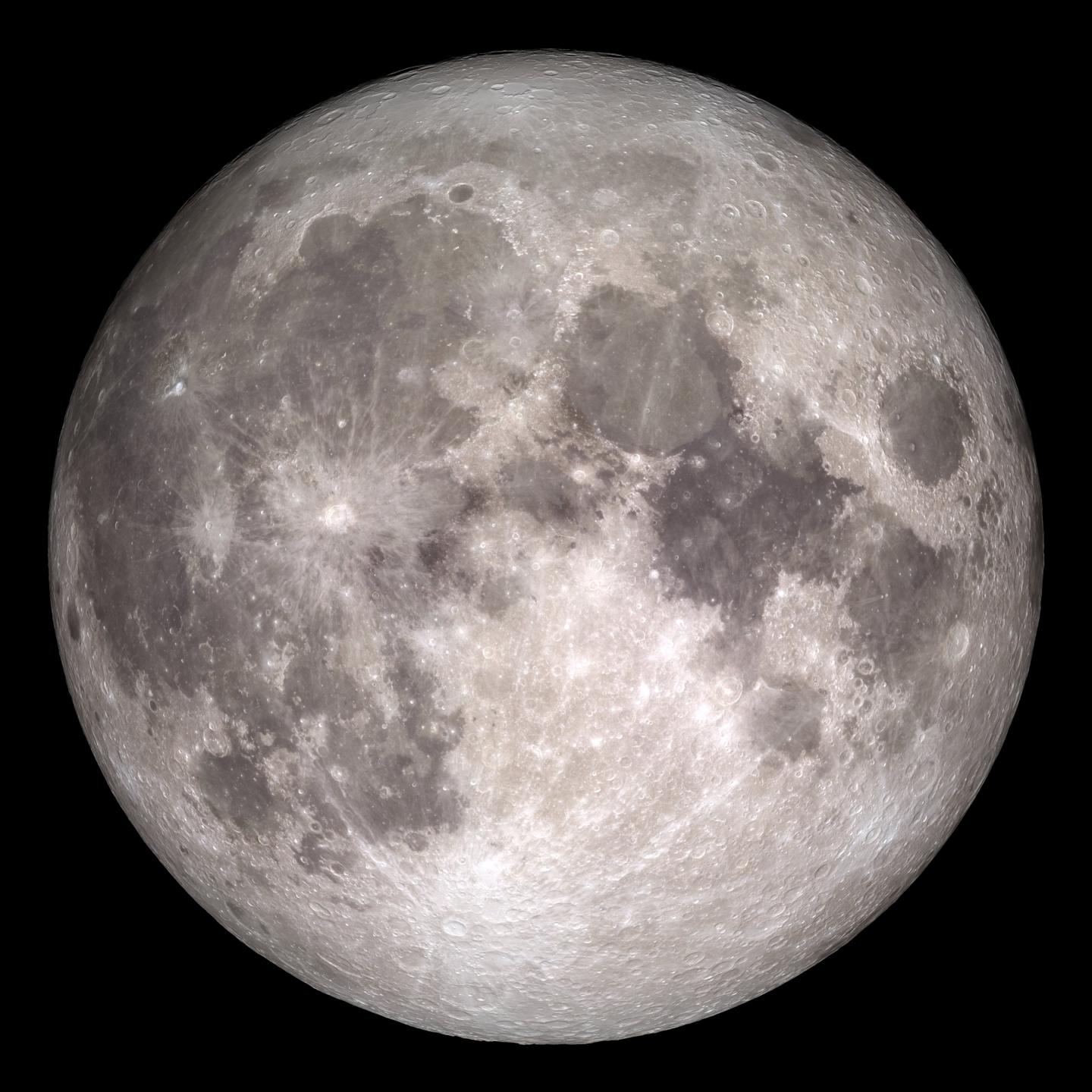 How the moon will appear on Christmas, 2015. Credit NASA/Goddard/Lunar Reconnaissance Orbiter

Not since 1977 has a full moon dawned in the skies on Christmas. But this year, a bright full moon will be an added gift for the holidays.

December’s full moon, the last of the year, is called the Full Cold Moon because it occurs during the beginning of winter. The moon’s peak this year will occur at 6:11 a.m. EST.

This rare event won’t happen again until 2034. That’s a long time to wait, so make sure to look up to the skies on Christmas Day.

As you gaze up at the Christmas moon, take note that NASA has a spacecraft currently orbiting Earth’s moon. NASA’s Lunar Reconnaissance Orbiter (LRO) mission has been investigating the lunar surface since 2009.

“As we look at the moon on such an occasion, it’s worth remembering that the moon is more than just a celestial neighbor,” said John Keller, NASA’s Goddard Space Flight Center in Greenbelt, Maryland. “The geologic history of the moon and Earth are intimately tied together such that the Earth would be a dramatically different planet without the moon.”

LRO has collected a treasure trove of data with its seven powerful instruments, making an invaluable contribution to our knowledge about the moon.