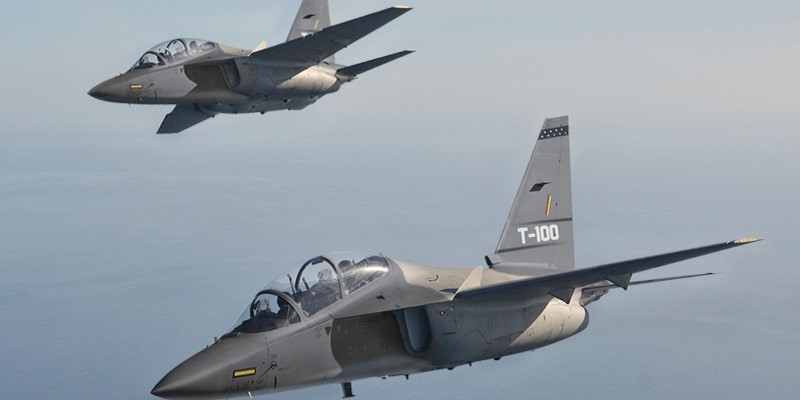 Raytheon, along with Finmeccania, Honeywell Aerospace, and CAE USA, will build a T-100 training solution in an attempt to win a U.S. Air Force contract for 350 training jets. (Image: Raytheon

Raytheon announced Monday that it is teaming up with Italian aircraft manufacturer Finmeccanica and two other companies in an effort to win a multi-billion dollar U.S. Air Force contract for training jets.

The winner of the Air Force’s Advanced Pilot Training competition will build 350 training planes in 2017 under a contract that has an estimated value between $8 and $10 billion, according to Reuters.

“The T-100 offers dynamic kinetic performance, while also delivering an embedded, tactical training system that immerses pilots in realistic mission scenarios,” said Filippo Bagnato, managing director of Finmeccanica Aircraft Division. “The M-346, the basis for the T-100, is already operational and preparing pilots around the world for the challenges of today’s complex fighter platforms.”

Carey Smith, president of Honeywell Aerospace’s Defense and Space division, said the company’s F124 is a good fit for the plane due to its power, low cost throughout its life-cycle, and maintainability. Gene Colabatistto, president of CAE’s defense and security group, said that its simulation system will “prepare Air Force pilots to safely and efficiently fly the most advanced fighter aircraft.”

Raytheon Space and Airborne Systems President Rick Yuse said that the next pilot training system will determine the success of America’s future pilots, and that the Raytheon-led group is “best positioned to bring the essential experience, capabilities and core competencies together to meet the United States Air Force’s mission requirements.”