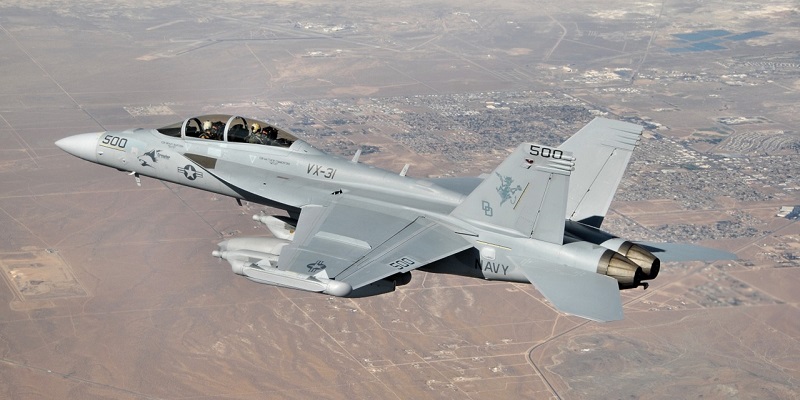 Raytheon is being given a $1 billion contract to create new jammers that will be integrated into the U.S. Navy’s Boeing EA-18G Growler aircraft, the U.S. Department of Defense announced in its Wednesday evening digest of contracts.

The deal tasks the company with designing, manufacturing, and delivering 15 of the Next Generation Jammer, or NGJ, pods. Once delivered to the Navy, the new pods will replace the more than 40 year old ALQ-99 jammer system that is currently used on the EA-18G Growler.

“This is a significant milestone for electronic warfare,” said Rick Yuse, president of Raytheon Space and Airborne Systems in a statement from the company. “NGJ is a smart pod that provides today’s most advanced electronic attack technology, one that can easily be adapted to changing threat environments. That level of sophistication provides our warfighters with the technological advantage required to successfully prosecute their mission and return home safely.”

The company will also make 14 NGJ aero-mechanical test pods. According to the DoD’s announcement, the test pods “will be used to verify aircraft flying qualities and pod safe separation from the host aircraft; provide equipment needed for system integration laboratories; and mature manufacturing processes.”

Raytheon has been working on the NGJ program with the U.S. Navy for more than two years.

Almost half of the work related to the contract will be conducted in El Segundo, Calif., with the remaining work taking place at locations throughout the U.S. The labor is slated to be finished in December 2020.

The cost-plus-incentive-fee contract was not competitively procured by Raytheon.