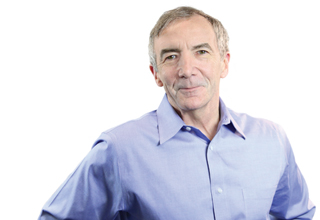 There is an apocryphal tale about intellect that took place in the 1920s. That’s when a psychologist by the name of Lewis Terman identified and began tracking 1,500 children he considered to be geniuses based on IQ tests. Terman figured a number of them would make big contributions to society. Many of them did, in fact, graduate from college years ahead of their peers and wound up in professional occupations.

But as a group, they never lived up to Terman’s expectations. Some couldn’t hold jobs, and they had a much higher-than-average suicide rate. None of them went on to win a Nobel prize, though two kids who Terman surveyed and excluded eventually mounted the stage in Stockholm.

The lesson, or course, was that basic intelligence can’t really predict success.

Fast forward to modern times, and this lesson-learned seems to have been lost, at least until recently. That’s one conclusion from looking at how executive recruiters and head hunters have been hiring executives and managers.

Take for example Russell Reynolds Associates, a search firm that recruits at the CEO level. There, the emphasis has long been on recruiting candidates with high intelligence, according to Dean Stamoulis, a principal at the firm.

But the sands of top management recruiting have shifted, quite possibly as aftermath from hiring smart people who turned out to be cruddy managers. High IQ is now out, replaced by something Stamoulis calls results intelligence. He loosely defines this quality as being similar to grit: The ability to get beat up and bounce back when faced with difficulties without blaming or rationalizing away mistakes.

Among management recruiters, it has become stylish to search for job candidates with grit-like qualities. The trend may have started with a 2013 TED Talk by research psychologist Angela Duckworth. While teaching seventh-grade math, she noticed her best students weren’t necessarily the smartest, but rather those who worked hard and maintained their focus. The mental leap made by hiring managers seems to be that grit is just as important for managers as for seventh graders.

Now, however, there is a grit backlash. It may be that grittiness, like intelligence, is a poor predictor of management success. The problem is that bosses who are too passionate about their goals can burn out the people who work for them. And they may not know when to quit though it’s obvious to others involved that the goal is unachievable.

Someone who has seen the problem first hand is Mary Herrmann, managing director of executive coaching at BPI Group. Herrmann estimates about 35% of the firm’s coaching assignments involve bosses with grittiness issues—either too little or too much. Those who are too passionate about their goals are often new to the job, Herrmann said, and want to see quick wins. So they may not listen too well to subordinates, particularly when there is unwelcome news.

Another failing of the too-passionate boss: Moving too fast before sufficient facts are in. But sometimes the difficulty is simply cultural. “A lot of successful managers think what worked in one place will work as well in another,” she said. “And sometimes the ‘too passionate’ label gets put on executives who are brought in as change agents when the reality is the organization isn’t ready for it.”

Herrmann has advice for professionals finding themselves suffering burn-out from an overly gritty manager: “I’m a big believer in direct feedback. A leader needs to hear feedback about this, and an evolved leader will ask for it.”

Maybe so. But here’s my own advice for individuals bringing this kind of message to their boss: Be ready to duck.