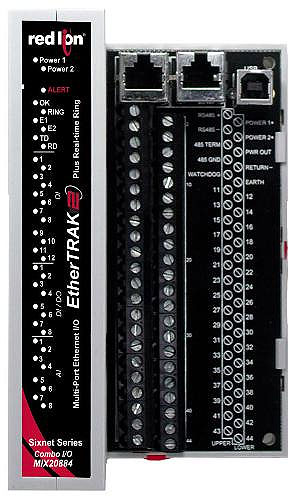 The E2-MIX20884-D module offers dual Ethernet ports that allow it to be used in fault-tolerant ring topologies, and provides the following inputs and outputs:

This high-density of mixed I/O allows customers to reduce costs versus traditional single-function I/O. The module’s four isolated, high-speed counter inputs can be used for metering and flow rate applications such as those in oil and gas and water/wastewater applications.

“The rugged design of our Sixnet RTUs and EtherTRAK-2 I/O modules allow them to be used in virtually any harsh, remote application,” said Jacob Colegrove, product manager at Red Lion Controls. “Furthermore, recent firmware enhancements provide several capabilities to increase system reliability, and to simplify remote management of our RTUs.”