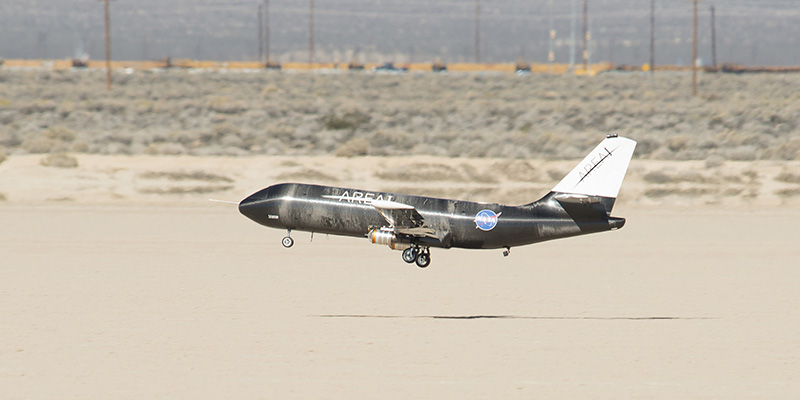 The Prototype-Technology Evaluation and Research Aircraft (PTERA) is a versatile flying laboratory bridging the gap between wind-tunnel experiments and crewed flight-testing.

The maiden flight of Armstrong’s PTERA followed two weeks of training and ground testing. The aircraft was flown under radio control by Area-I lead PTERA pilot David Stuart, as well as under the control of a Cloud Cap Piccolo autopilot.

A maximum speed of 145 Knots was obtained making this the fastest PTERA flight to date. Intensive post-flight inspections of the aircraft revealed no problems.

“The first flight provided a wealth of insight into what it takes to fly and maintain the PTERA aircraft, and allowed us to identify areas for improvements that will increase safety and efficiency,” said Bruce Cogan, NASA project manager for PTERA.