Robots may one day tackle obstacles and traverse uneven terrains thanks to collaborative research analysing the motion of lizards.

The study, which featured a University of Queensland researcher, used a slow motion camera to capture the nuanced movement of eight species of Australian agamid lizards that run on two legs—an action known as ‘bipedal’ movement.

“There was an existing understanding that the backwards shift in these lizards’ centre of mass, combined with quick bursts of acceleration, caused them to start running on two legs at a certain point,” he said.

“It’s just like a motorcycle driver doing a ‘wheelie’.

“What we found though is that some lizards run bipedally sooner than expected, by moving their body back and winging their tail up.

“This means that they could run bipedally for longer, perhaps to overcome obstacles in their path.”

Lead author Christofer Clemente from the University of the Sunshine Coast said these results may have important implications for the design of bio-inspired robotic devices. 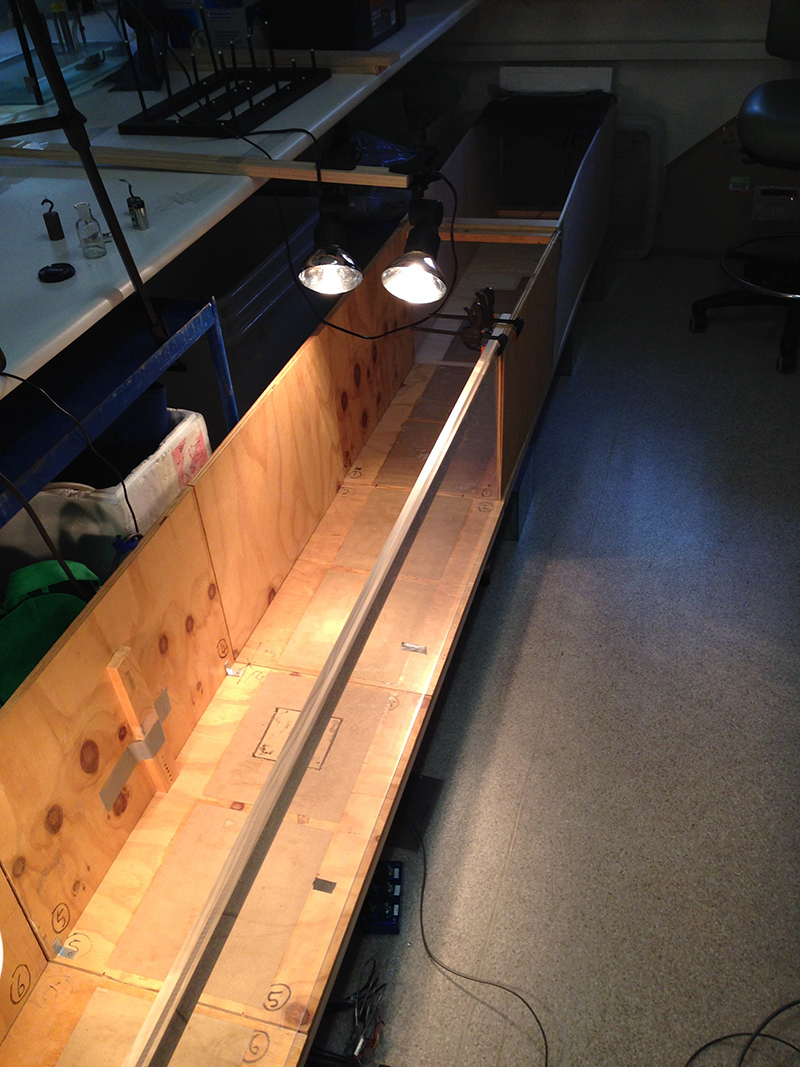 The researchers’ lizard ‘racetrack’, ready to capture the magic of bipedal movement. Credit: The University of Queensland

“We’re still teasing out why these species have evolved to run like this in the first place, but as we learn more, it’s clear that these lessons from nature may be able to be integrated into robotics,” Dr. Clemente said.

“It’s been suggested that this movement might have something to do with increasing vision in moments of urgency, by elevating the head at the same time and helping to navigate over obstacles.

“Indeed, bipedalism would be advantageous for robots in specific habitats, for example, on open grasslands where, in nature, many bipedal running agamids are found.

“If obstacle negotiation is indeed improved with bipedal locomotion, then we have shown how the tail and body can be moved to enable it sooner and for longer.

“Maybe adding a tail to robots can help them go ‘off-road’ sooner.”

The research is not only looking to the future, but to the past, by helping explain the evolution of bipedalism in dinosaurs and how they could have transitioned from walking on four legs to two legs.