The World Economic Forum has just released “The Future of Jobs 2018” report. With the emergence of new technologies, automation, and algorithms, the report “aims to unpack and provide specific information on the relative magnitude of these trends by industry and geography, and on the expected time horizon for their impact to be felt on job functions, employment levels, and skills,” according to the World Economic Forum.

A diverse group of companies from 20 countries participated in the study, together representing about 70 percent of the global GDP.

The report found that by 2025, robots will become the majority labor force, performing 52 percent of the current jobs. However, the chart below forecasts how the workforce will change in 2022, with each field expected to undergo a considerable machine growth rate (between 32 percent and 59 percent).

Take a look at the 2022 robot outlook below, courtesy of Statista. 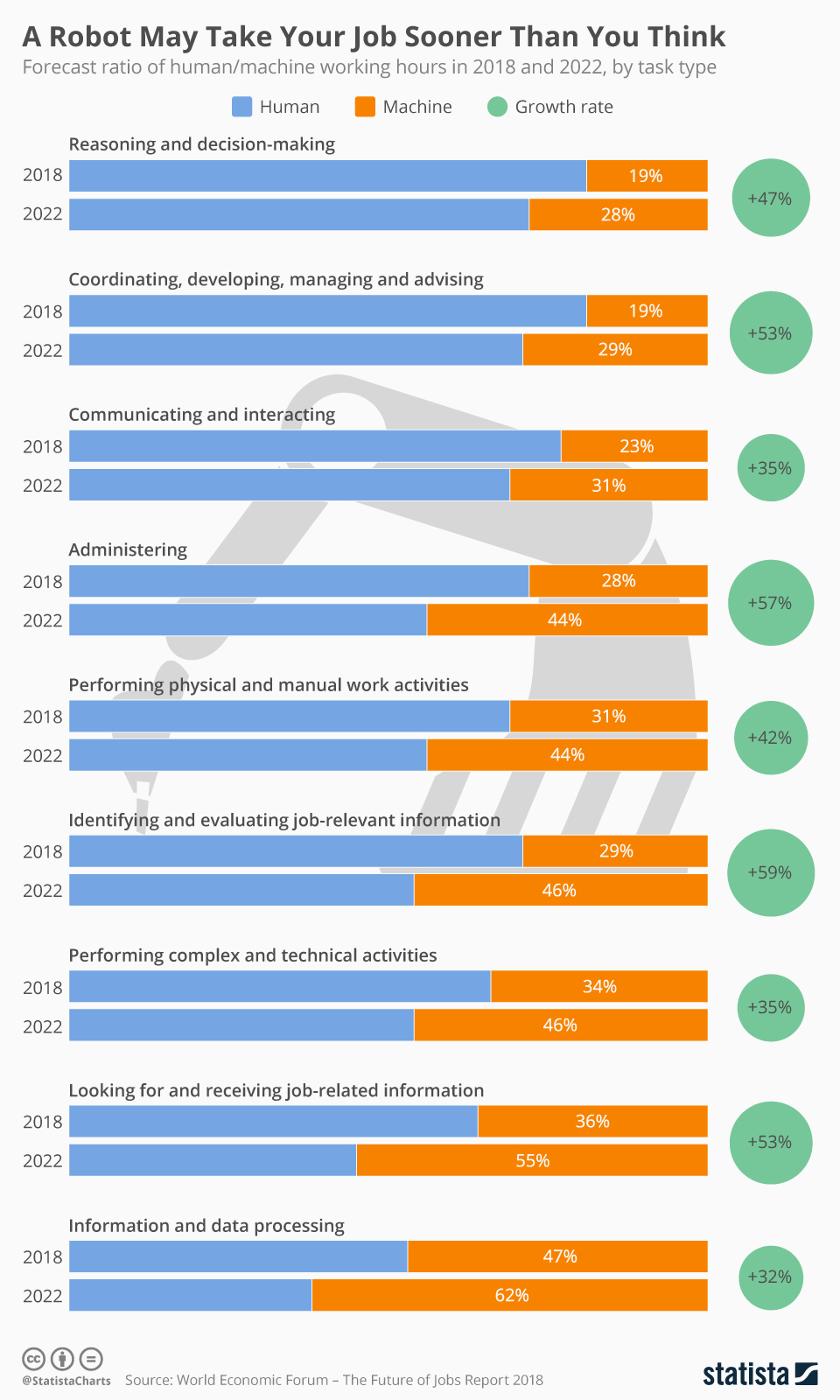