Traditionally, sensors on military vehicles collect massive amounts of battlefield data and store it locally before transporting it for analysis and interpretation by highly sophisticated, remote deep learning systems. Transporting this raw data saturates networks and satellite communication uplinks, slowing them to a crawl and preventing access from other users. To work around the network, removable hard drives are often transported from the front lines, leaving the data subject to theft or loss during transport and introducing additional lag time.

“The X422 GPGPU system allows extraordinary quantities of data to be collected and processed right on the battlefield in real time, significantly shortening the decision loop for providing solutions and recommendations to warfighters,” said Ben Sharfi, chief architect and CEO, General Micro Systems. “Ultimately, the X422 enables live targets to be identified, flagged and even fired upon in record time. It represents a complete paradigm shift in electronic warfare, SIGINT and C4ISR.”

Two of the Most Advanced Data Center GPGPUs Ever Built

The X422, which is approximately 12×12 inches square and under 3 inches high, includes dual x16 PCIe Gen 3 slots for the GMS-ruggedized PCIe deep learning cards including Nvidia’s V100 Tesla (computation only)—what Nvidia calls the “most advanced data center GPU ever built,”—or Nvidia’s Titan V (computation with graphics outputs). Each card boasts 5120 CUDA processing cores, giving X422 over 10,200 GPGPU cores and in excess of 225 TFLOPS for deep learning. In addition to using Nvidia GPGPU co-processors, the X422 can accommodate other co-processors, different deep learning cards, and high-performance computers (HPC) based upon FPGAs from Xilinx or Altera, or ASICs up to a total of 250 W per slot (500 W total).

An industry first for deep learning and artificial intelligence, the X422 includes no fans or moving parts, promising wide temperature operation and massive data movement via an external PCI Express fabric in ground vehicles, tactical command posts, UAV/UAS, or other remote locations—right at the warfighter’s “tip of the spear.” GMS relies on the company’s patented RuggedCool™ thermal technology to adapt the GPGPUs for harsh battlefield conditions, extending their temperature operation while increasing environmental MTBF.

“No one besides GMS has done this before because we own the technology that makes it possible. The X422 not only keeps the V100s or other 250 W GPGPU cards cool on the battlefield, but our unique x16 PCIe Gen 3 FlexVPX™ fabric streams real-time data between the X422 and host processor/server at an astounding 32 GB/s all day long,” Sharfi said. “From sensor to deep learning co-processor to host: X422 accelerates the fastest and most complete data analysis and decision making possible.”

Technical Specifications on the X422

Another industry first brings I/O to X422 via GMS’s FlexVPX™ bus extension fabric. X422 interfaces with servers and modules from GMS and from One Stop Systems, using industry-standard iPass+ HD connectors offering x16 lanes in and x16 lanes out of PCI Express Gen 3 (8 GT/s) fabric for a total of 256 GT/s (about 32 GB/s) system throughput. X422 deep learning co-processor systems can be daisy-chained up to a theoretical limit of 16 chassis working together.

Unique to X422 are the pair of X422’s two PCIe deep learning cards that can operate independently or work together as a high-performance computer (HPC) using the user-programmable onboard, non-blocking low-latency PCIe switch fabric. For PCIe cards with outputs—such as the Titan V’s DisplayPorts—these are routed to separate A and B front panel connectors. 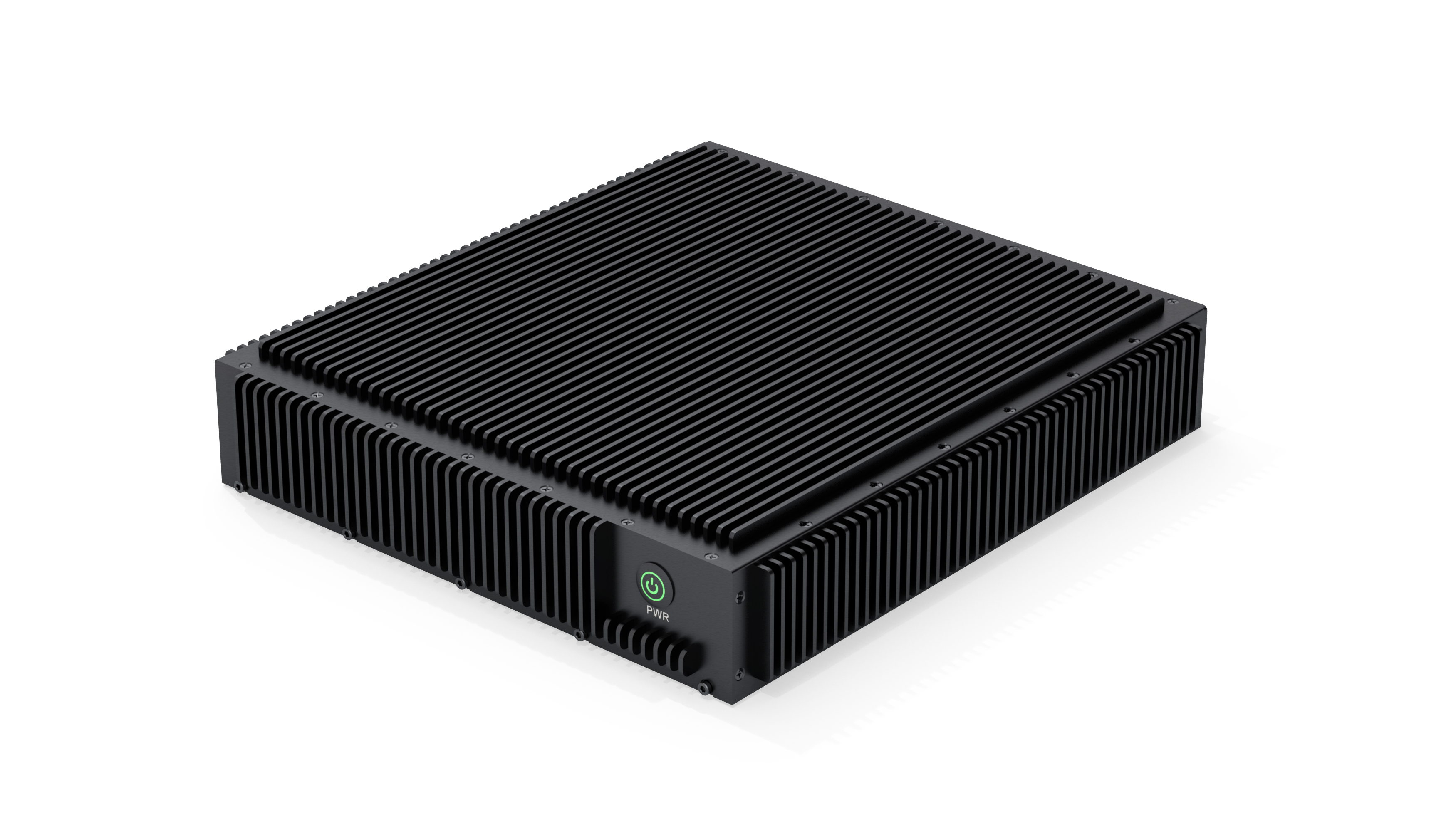