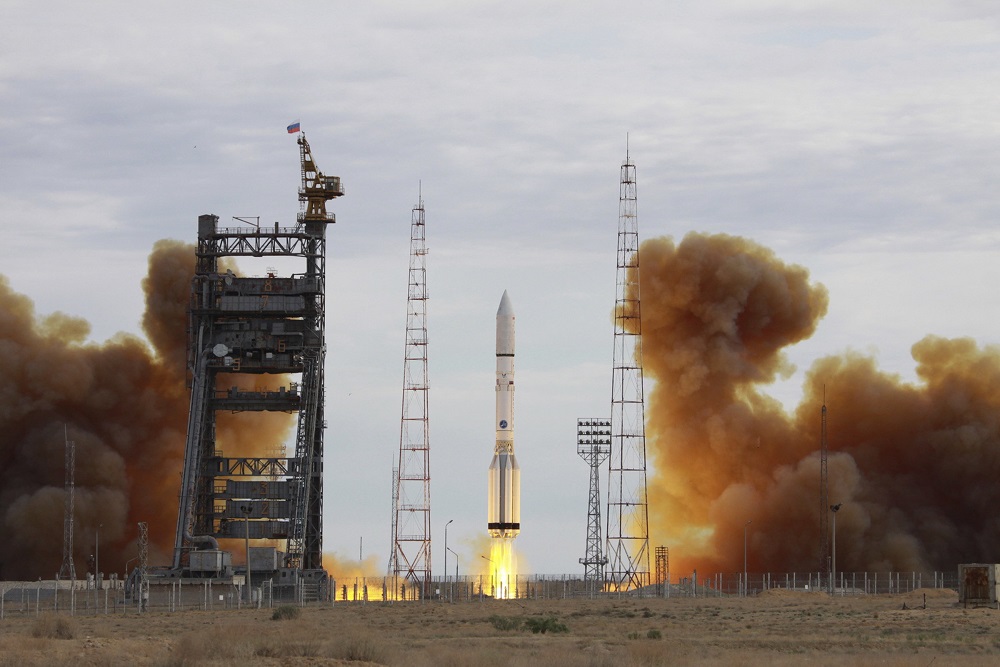 A Russian Proton-M booster rocket carrying a U.S. communications satellite has lifted off, a successful launch after a year-long break caused by manufacturing flaws.

The Proton-M blasted off as scheduled Thursday from the Baikonur launch facility that Russia leases from Kazakhstan, taking the EchoStar 21 satellite into space.

In the previous launch in June 2016, the rocket suffered a malfunction in its second-stage engine but the third-stage engine compensated for it, placing a U.S. commercial satellite into orbit.

A subsequent probe spotted manufacturing flaws in the Proton engines, prompting the Russian space agency to ground the rocket and to remake already produced engines.

The glitch dealt a blow to Russia’s space program that relies on the Proton-M for most commercial satellite launches in the tightly-contested global launch market.