The U.K. Space Agency has worked with partners to activate the Copernicus Emergency Management Service to provide satellite mapping to aid the response to fires burning on Saddleworth Moor, Greater Manchester.

Sara Huntingdon from the U.K. Space Agency said, “The U.K. space sector plays a major role in using satellites for disaster risk management including the International Disaster Charter which brings together a collection of satellites from all over the world to collect data and images from areas suffering from natural and man-made disasters. From the Caribbean to the moorlands of Manchester, satellite data can play a major role in helping first responders coordinate relief efforts and potentially save lives.”

In a further demonstration of the U.K.’s expertise in this area, U.K. scientists at the University of Bristol recently made a major contribution to assessing the hazard of Guatemala’s Fuego volcano. Maps and scientific analysis from satellite imagery including the Charter were provided to Guatemalan civil protection and local volcanologists. 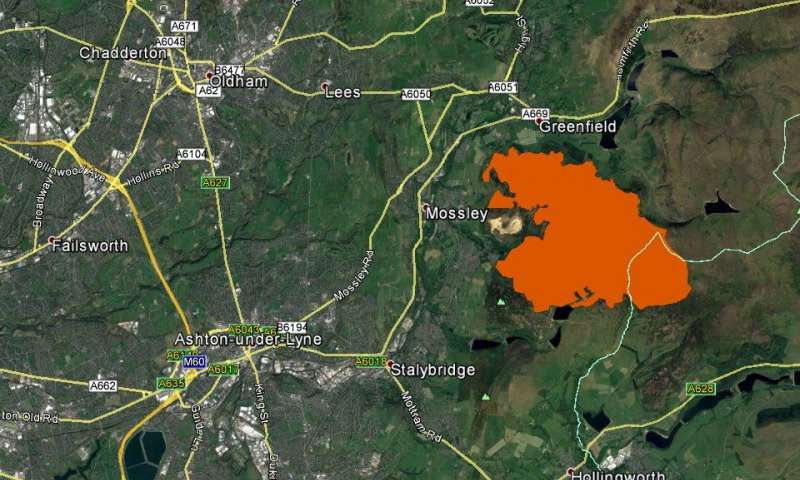 The Charter is made up of 16 agencies, including the U.K. Space Agency, who work in partnership with Airbus to provide images and other satellite information free of charge to emergency response agencies around the world, whenever major disasters strike.

Since the Charter was founded in 1999 it has responded to 576 disasters including tsunami in Indonesia and Thailand in 2004, the Deepwater Horizon oil spill in the Gulf of Mexico in 2010, the earthquake in Nepal in 2015 and Hurricane Irma last year in the Caribbean.