Dana Rexroth Transmission Systems has announced that its engineers have completed final validation testing of the R3 hydromechanical variable transmission (HVT), with the start of production expected in the third quarter of this year.

Both versions of the HVT technology feature a modular design that can be adapted for many applications, including wheel loaders, motor graders, industrial lift trucks, reach stackers, forestry skidders, and other off-highway equipment. Extending the range of HVTs available to vehicle manufacturers, the HVT R3 is for applications with net input power from 200 to 270 kW (268 to 362 hp). 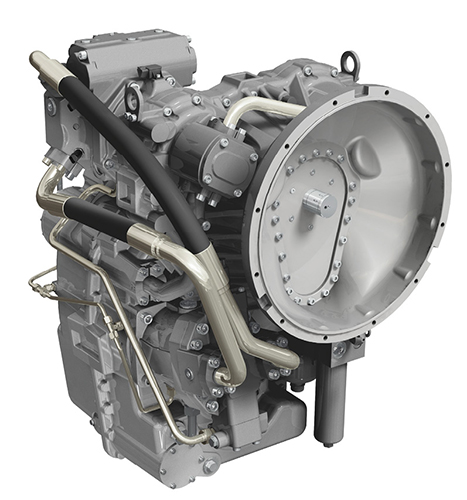 In production since late 2015, the HVT R2 supports power outputs from 135 to 195 kW (180 to 260 hp), and it is now featured on Kalmar’s new Gloria generation of reach stackers as part of the Kalmar K-Motion drivetrain. Developed in association with engine manufacturer Volvo Penta, the Kalmar K-Motion drivetrain system for 45-ton Gloria reachstackers equipped with the HVT R2 can reduce fuel consumption by up to 40%.

These HVTs reduce fuel consumption by decreasing engine speeds throughout the duty cycle and at idle, where speeds can be dropped to as low as 650 rpm. Application analysis demonstrates the possibility of further savings without compromising performance through engine downsizing.

The HVTs enable responsive, precise vehicle positioning with a stepless drive that offers better acceleration while maintaining tractive effort. They optimize the operating point of the diesel engine by decoupling engine speed from drive speed. Maintenance costs are reduced by using hydrostatic braking and wear-free directional reversing without clutches.