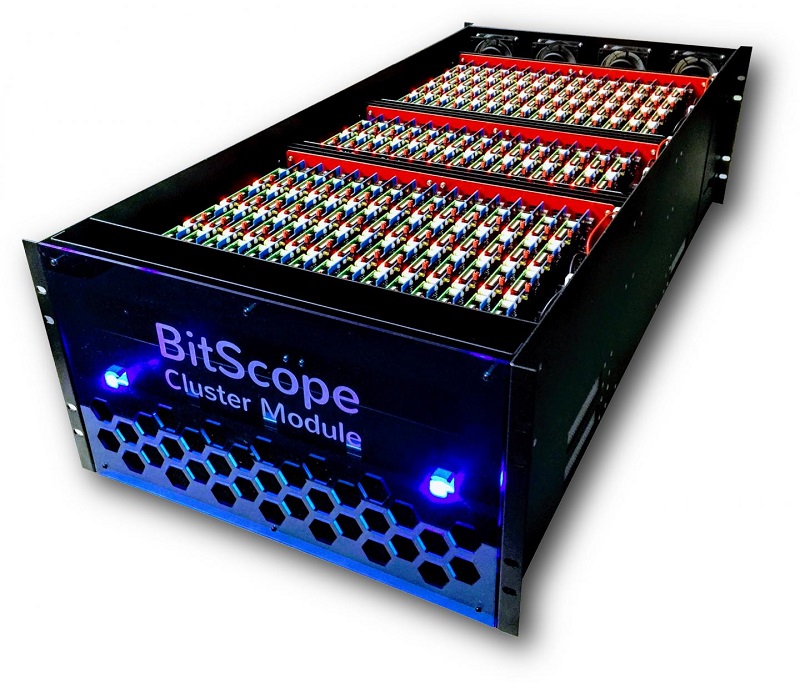 A quest to help the systems software community work on very large supercomputers without having to actually test on them has spawned an affordable, scalable system using thousands of inexpensive Raspberry Pi nodes. It brings a powerful high-performance-computing testbed to system-software developers, researchers, and others who lack machine time on the world’s fastest supercomputers.

“It’s not like you can keep a petascale machine around for R&D work in scalable systems software,” said Gary Grider, leader of the High Performance Computing Division at Los Alamos National Laboratory, home of the Trinity supercomputer. “The Raspberry Pi modules let developers figure out how to write this software and get it to work reliably without having a dedicated testbed of the same size, which would cost a quarter billion dollars and use 25 megawatts of electricity.”

Grider conceived the new solution to provide the systems software community with an inexpensive testbed of similar scale to the largest supercomputers being deployed. Designed and built by BitScope and distributed by SICORP, the Pi Cluster Modules enable developers to build, scale and test software before launching it on Trinity, Crossroads, and other large systems. The modules have other potential applications from education to the internet of things.

The BitScope system consists of five rack-mounted Pi Cluster Modules, each with 150 four-core nodes of Raspberry Pi ARM processor boards. They are fully integrated with network switching infrastructure. With a total of 750 CPUs or 3,000 cores working together, the system gives developers exclusive time on an inexpensive but highly parallelized platform for test and validation of scalable systems software technologies.

“Having worked with Raspberry Pi for quite some time, I’ve long thought it the ideal candidate to build low-cost cloud and cluster computing solutions for research and education,” said Bruce Tulloch, CEO of BitScope. “When SICORP approached us with Gary’s plans, we jumped at the opportunity to prove the concept.”

The Raspberry Pi is an inexpensive, credit-card sized computer that can be connected to a keyboard and TV to do just about anything a typical desktop computer can do. It was developed by the Raspberry Pi Foundation in the United Kingdom to help spread computing in education and in developing countries. The price for a basic model starts at about $25 and consumes only a handful of watts of power.

Beyond HPC system-software development, additional applications for the Pi Cluster Modules include better simulation of large-scale sensor networks, with flexible I/O to connect the actual sensor devices; HPC network topology research, to improve production performance; and the internet of things.

Looking around for a solution to the challenges facing HPC systems software developers, Grider said, he “suddenly realized the Raspberry Pi was an inexpensive computer using 2 to 3 watts that you could use to build a several-thousand-node system large enough to provide a low-cost, low-power testbed to enable this R&D.” Yet he could not find a suitable densely packaged Raspberry Pi system on the market.

“It was just people building clusters with Tinker Toys and Legos,” said Grider, a widely respected innovator in the HPC world. So he turned to SICORP of Albuquerque, N.M., to collaborate on a solution. Then they jointly worked with BitScope of Australia to develop easily scaled rack-mounted units.