How does it work? That was the question few people asked about the mythical supertechnology supposedly at the core of Theranos — a Silicon-Valley unicorn overvalued by some $9 billion during a 2013-2014 hype height. Not that it would’ve mattered anyway, as the fictional heart of secretive Theranos changed continuously over its 12 short years. Click to enlarge. Subsystems in the final Theranos design are common to motion design and medical diagnosis. A cartridge (7) allows initial loading of samples into the machine, and a camera (10) captures sample data for indexing processed results. A traditional Cartesian robot (1) moves samples around to subsystems in the machine. The sonicator (8) is a straightforward sample agitator. Other thermocycler (3), centrifuge (4), cytometer (5), thermal system (6), fluorescence-based isothermal detector (7), and spectrophotometer (11) offerings exist in industry; luminometer and fluorometer (9) biotechnologies have been around for decades. As Carreyrou details in Bad Blood, one company leader was so unfamiliar with the technologies inside the miniLab that its engineers were able to trick him into calling its sample-moving end effector an endofactor as a prank.

The company’s last offering — which one expert in laboratory medicine called “theater … not science” — includes technologies quite common to medical diagnosis and motion design. The staid components for the latter are quite familiar to the Design World and linearmotiontips.com audiences: Linear guides and dc motor-driven actuators form a small three-axis Cartesian setup for the movement of samples to various stations inside the testing cube. Check out the recent Motion Handbook’s section on stepper motors for a similar pipetting example … 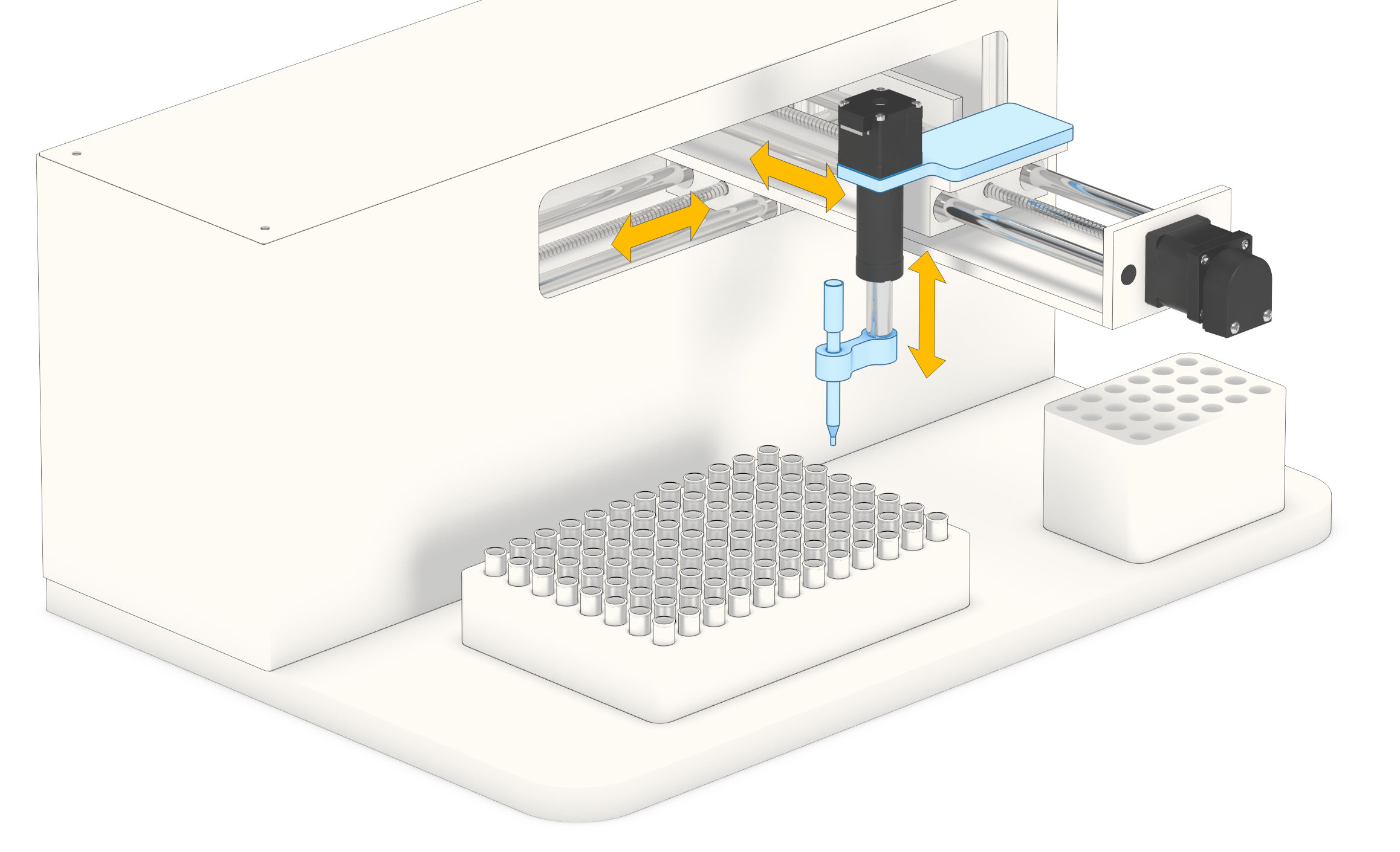 But it was a long and winding road to the final Theranos design.

2005 — Theranos begins with the concept of skin-wearable blood diagnostics capable of drawing tiny amounts of blood through microneedles and responding with real-time drug therapy. Then it scales back its ambition to build a machine to execute batteries of tests on tiny volumes of blood using micro and nanotechnology. Ultimately, this takes the form of the erratic Theranos 1.0 — a machine that’s supposed to read data on blood-carrying cartridges using microfluidics and biochemistry.

2007 — Focus shifts away from the microfluidics to the humbler aim of traditional lab diagnostics — but still using drop-sized blood samples. The company modifies and reprograms Fisnar adhesive-dispensing machines to make the Edison. The unreliable machine only executes tests based on immunoassays and no other tests based on general chemistry, cytometry, and DNA amplification. But its look is sleek — created by former Apple designers.

2011 — Prompted by partnerships with Safeway and Walgreens, the company begins work on its miniLab (4s), an inconstant machine for executing multiple blood-test types. Variations on portable-analyzer and miniaturized-technology concepts Theranos is pursuing are in production by others, so the company is entering charted and crowded territory.

2013 — With the miniLab not ready for use in a Walgreens service rollout, Theranos secretly runs patient tests on its older sample-processing units and machines from other manufacturers — or sends them out to third-party laboratories. The company also resorts to running tests on patient blood samples (diluted to concentrations out of existing instruments’ sensitivity ranges) using hacked Siemens machines.

Ultimately it is a few engineers, scientists, and lab workers who triumph over deception, threats, intimidation, and triangulation to bring the fraud to light.

Of course, questions about the engineering as well as financials should have been asked sooner. Francine McKenna of marketwatch.com marvels at how investors duped out of some $700 million by the Theranos fraud failed to ask for audited financial information — a pretty standard request for verifying the monetary health and promise of a company. And British professor and experimental physicist Richard Jones adds at softmachines.org that innovation in the physical and biological realms is fundamentally more costly and difficult than that in the purely digital world — a fact for which realistic expectations on Thernos’ commercialization timeline should have accounted.

Jones also laments that the original Theranos patent (on the use of silicon microneedles from drawing blood and realtime treatment of detected conditions) was “astonishingly broad” — so roadblocks scientists who may have otherwise advanced related technologies for inexpensive yet reliable diagnostic testing.

But alas on this front at least, there is hope. Visit our sister sites massdevice.com and drugdeliverybusiness.com and search on point-of-care, wearable, and microfluidics for an abundance of news on promising research, devices, and technologies.

Many of the announcements detail successful trials that quantify results or demonstrate the functionality of technologies like the ones Theranos initially claimed to have in development. A company called Genalyte is developing a diagnostics device to accurate perform more than a dozen tests on just a few drops of blood. Abbott’s i-STAT handheld blood analyzer allows point-of-care testing with an ever-increasing array of test cartridges and connectivity options. J-Pac medical announces lab-on-chip reagent blister development kits for diagnostic applications. Nemaura shares data from home-use study of wearable glucose monitor. Raumedic shows solutions for wearable drug-injection devices at Pharmapack 2018 … and there’s lots more good news from the field.

Only more peer reviews, research and development, testing, and regulatory clearances will prove rHEALTH or the other designs out. But it’s a delicious reality that the stubborn old fields of science and engineering ultimately demand verifiable results. ⚙️

This article originally appeared in the Design World Motion Handbook. 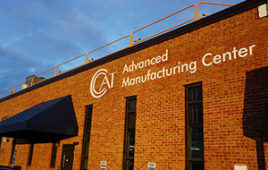 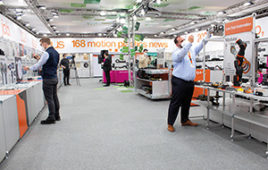 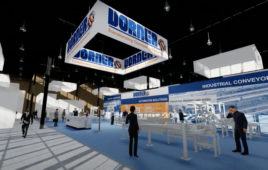