Just in time for the holidays, researchers at the University of California, Irvine and other institutions are rolling out a new satellite-based drought severity index for climate watchers worldwide.

Relying on data from NASA’s Gravity Recovery and Climate Experiment mission, the index adds terrestrial water storage (groundwater) to drought assessments, augmenting commonly used tools most often based on the amount of precipitation.

“Reliable information on the frequency and intensity of drought conditions is of utmost importance to climate and meteorological scientists and government officials – and to assess drought impacts on vegetation, food production and water resources,” said Isabella Velicogna, UCI professor of Earth system science and co-author of a recently published paper describing the drought severity index in the Journal of Hydrometeorology. “This new tool provides for accurate and continuous drought monitoring, which is necessary for effective water management and impact assessment.”

Velicogna and her colleagues are presenting their work related to the index at this week’s American Geophysical Union fall meeting here.

The data set for the Gravity Recovery and Climate Experiment drought severity index covers 2002 to 2014 but will be extended with the ongoing current mission and the GRACE follow-on mission scheduled to be launched in early 2018. GRACE has been shown to accurately characterize drought events over the past decade on a par with such other metrics as the Palmer drought severity index and the standardized precipitation evapotranspiration index.

The GRACE-DSI is exceptionally reliable, according to Velicogna, because it’s based solely on satellite gravity observations, which enables it to provide globally consistent drought monitoring, even in places where ground readings are difficult to obtain.

UCI researchers have evaluated the performance of the GRACE-DSI in the continental United States by comparing it to the Palmer index and others that measure alterations in vegetation growth and surface soil moisture. Velicogna said it showed significant agreement with the other indices, demonstrating its usefulness as a drought monitoring and assessment tool.

“This new technique allows the climate community to draw a more thorough picture of the impact of drought in any corner of the world,” she said. “In the past, we had a way of assessing meteorological drought by keeping tabs on precipitation and surface water. With GRACE-DSI, we have the ability to better characterize hydrological drought, which factors in all the water in the system.” 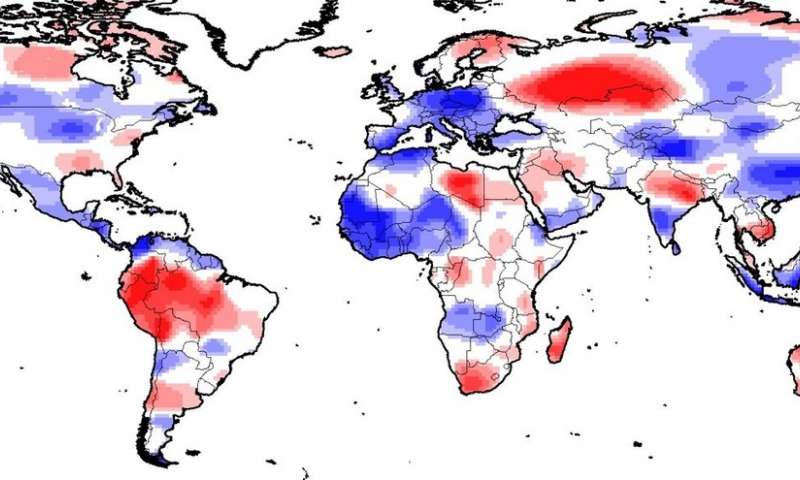