Researchers at the Centre for Information Technology and Architecture (CITA) of the Royal Danish Academy of Fine Arts and at the Danish Technological Institute have developed a new hybrid construction concept called “Sparse Concrete Reinforcement In Meshworks” (SCRIM). Their method, to be presented at the upcoming ROB|ARCH conference and outlined in a paper on Research Gate , addresses existing limitations in 3D concrete printing (3DCP) particularly related to the printing of non-extruded geometries, allows for full exploitation of six-axis robotic control and targets the manufacturing of lightweight components.

“This research has resulted from a collaboration between CITA and the Concrete Centre at DTI,” Phil Ayres and Wilson Ricardo Leal da Silva, two of the researchers who carried out the study told TechXplore. “DTI invited CITA to participate in a brainstorming workshop to consider how we might rethink approaches to 3D concrete printing (3DCP) in the context of ‘Design for Disassembly.’ The brief was immediately challenging to prevalent 3DCP approaches, which tend to print a ‘whole’—this is where we envisioned the idea behind the SCRIM method.”

Concrete is currently the material most used in the construction industry, yet its high levels of consumption have also turned it into a primary contributor to the production of carbon dioxide on the planet. Researchers worldwide have hence been exploring ways to improve the fabrication of concrete, reducing its adverse effects on the environment.

Over the past few decades, new technology has enabled digital fabrication, which could lead to new design and construction practices, one of which is 3D concrete printing (3DCP). However, most conventional 3DCP approaches stack material vertically, resulting in a few restrictions in build orientation and incorporation of reinforcement. 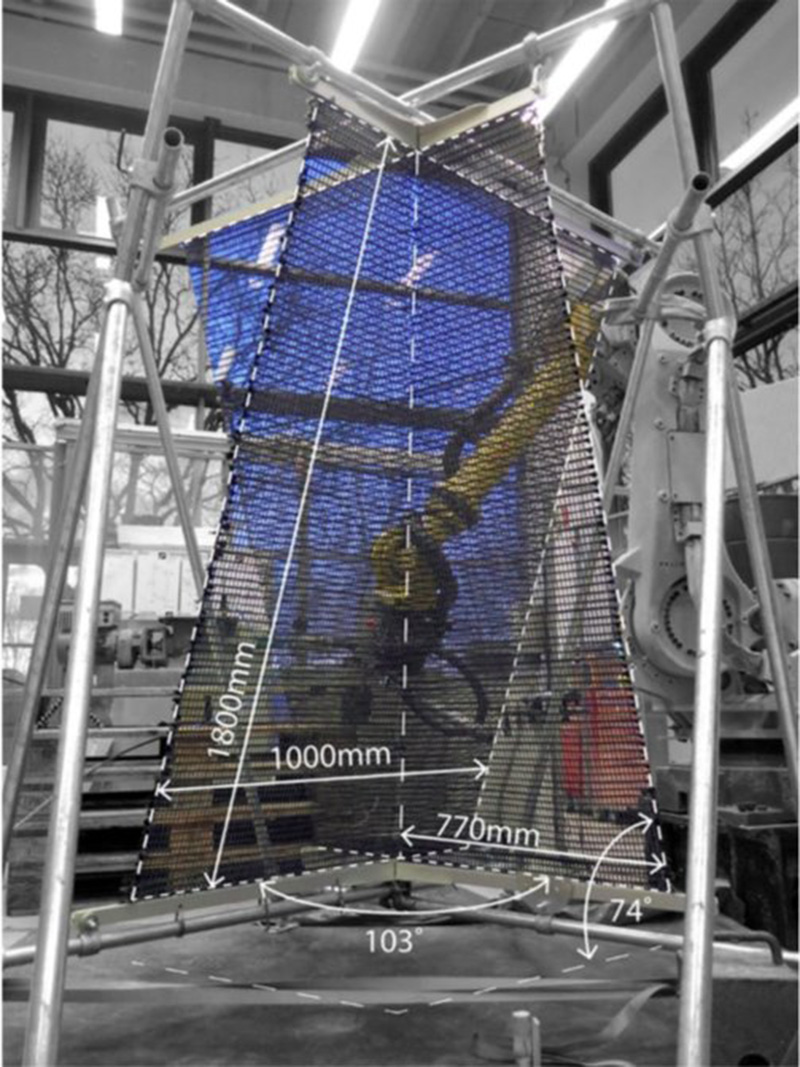 “Conventional 3DCP approaches generally stack material vertically and have challenges with the incorporation of reinforcement and other architectural elements,” Leal da Silva explained. “In contrast to the stacking approach, the SCRIM concept employS carbon-fibre-reinforced polymer (CFRP) meshes that are printed upon directly.”

In the SCRIM concept, meshes are arranged into 3D target geometries, which can also include vertical areas. Concrete is then selectively deposited into the mesh, which acts as a reinforcement element as well as a stay-in-place formwork.

“Conceptually, we can think of the method as locally reinforcing a textile membrane with concrete, rather than monolithic printing, which underlies existing approaches,” Ayres said. 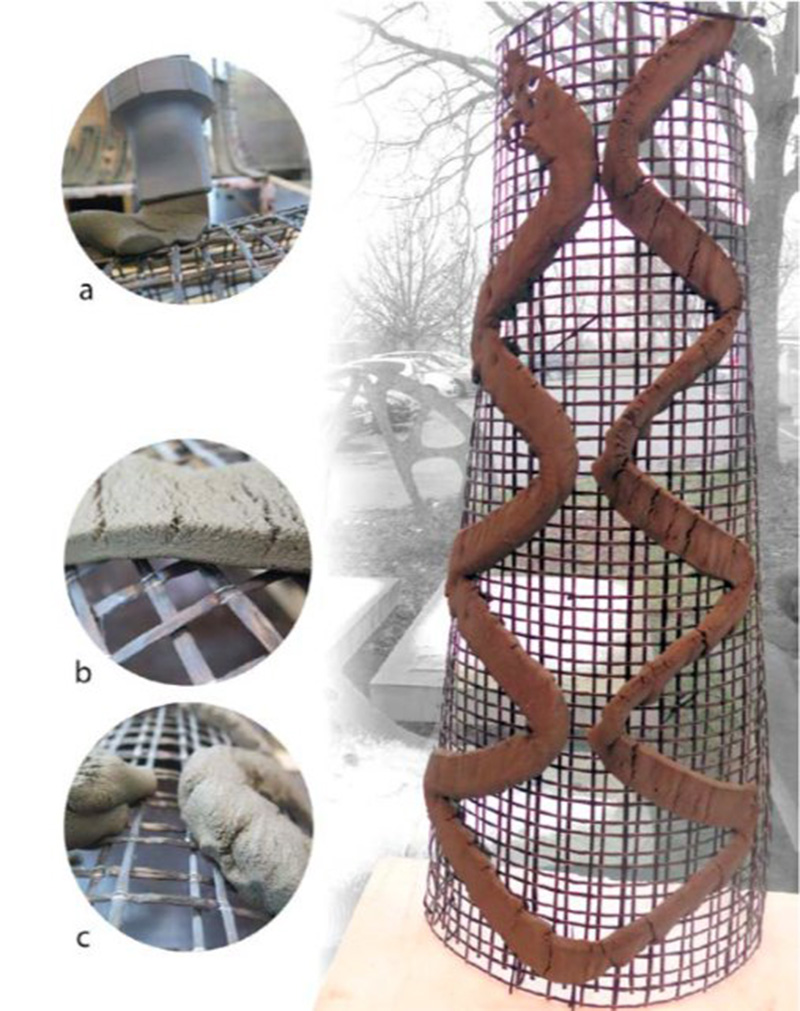 The researchers found that in addition to reducing restrictions in build orientation and reinforcement, their technique enables subsequent processes such as element addition and embellishment. SCRIM thus allows for greater freedom in designing targets, supporting intricate geometries and placing material selectively to achieve design aims.

“There are still challenges to be solved in 3DCP, but the SCRIM method contributes to diversifying the existing spectrum of digital construction approaches in a field that is being heavily explored in the research community. A key difference is that SCRIM fully engages the 3D control and movement capabilities of six-axis robotics,” Ayres said. “From a design perspective, this opens new creative potentials for 3DCP. From a practical perspective, the SCRIM approach enables off-site printing and component based assembly. In addition, because concrete is selectively deposited, this helps reduce concrete consumption and enable the production of lighter building components.”

To further develop their method, the researchers are now planning to refine the concrete mix design and its related early-age properties. In addition, they hope to explore the possibility of producing tailored carbon fibre reinforced polymer (CFRP) meshes and enable adaptive robotic control to cater for ‘print time’ dynamics.

“We also aim to develop an integrated design environment, linking design intent with simulation, production process analysis and properties of the resulting elements post-production,” Ayres said. “Finally, we plan to seek industry partners to develop the concept towards the production of building components.”