When thinking of incorporating sensors and sensing electronics into a pressure or vacuum chamber, a hermetically sealed wire feedthrough traditionally comes to mind. After all, it’s true that in applications with complex electrical connections, well-designed hermetic feedthroughs are still the way to go.

Sealed circuit board assemblies have several persuasive performance and cost benefits. This is why LumaSense Technologies collaborated with Douglas Electrical Components’ engineering team to create a hermetically sealed sensing assembly for the LumaSense SmartDGA Guide.

The guide is a predictive maintenance system for transformers that works by diverting transformer oil into a pressurized manifold that contains an array of sensors. The sensors look for the presence of dissolved gasses and moisture in the oil and use this information to diagnose impending transformer problems.

One of the key sensing elements in the SmartDGA is a humidity sensor assembly. On the pressure side of the manifold wall is the humidity sensor and its printed circuit board (PCB). These components extend about a half-inch into the pressurized manifold. On the atmosphere side, the assembly includes a wire harness. The entire assembly is contained in a threaded fitting that mounts to the manifold wall. To prevent the 50-psia oil from leaking through the manifold wall, the engineering teams had to come up with a way to integrate a hermetic seal.

In the development of the Smart DGA, LumaSense’s engineering team came up with an innovative design for the sensor assembly. Initially the idea was to package a long skinny PCB and sensor in a threaded fitting. Epoxy was used to create a seal between circuit board and the fitting housing.

On paper, many designs tick along like clockwork. But when the epoxy hits the circuit board … that’s when the real engineering begins.

LumaSense’s engineering team was able to tackle the Smart DGA design with a fair amount of ease. “Our initial idea was to package a long skinny PCB and sensor in a threaded fitting. We would then use epoxy to create a seal between circuit board and the fitting housing,” said Terry Stapleton, a sensor development engineer with LumaSense. The actual manufacturing of the sealed circuit board, however, proved to be a greater task.

Early prototypes of the assembly didn’t perform well due to a CTE mismatch between the circuit board and the epoxy. LumasSense tried to fix the problem by trying different epoxy formulations and assembly processes. The sensor assemblies kept leaking. “It quickly became clear to us that we could not achieve the seal we needed in house. It’s really not a do-it-yourself job,” said Stapleton.

His team decided to use Douglas Electrical’s CircuitSeal. By directly sealing the circuit boards, the epoxy compounds removed the potential failure point at the electrical connection. LumaSense’s initial prototype had a failure rate of more than 30%. The production version has zero.

According to Stapleton, overcoming the sealing obstacle created an opportunity to fine-tune the initial design and make the assembly process foolproof and repeatable. 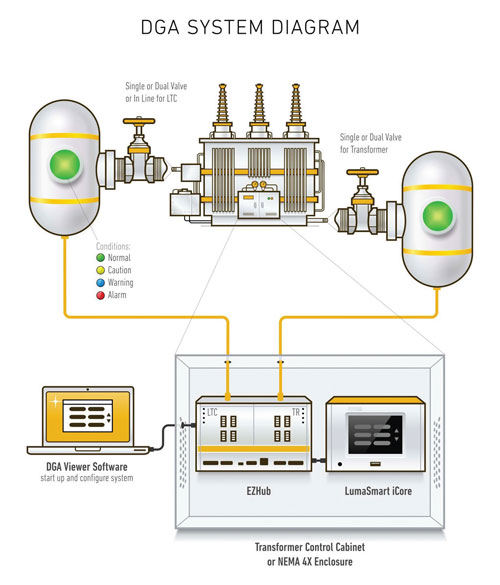 The SmartDGA Guide prevents transformer failures by collecting and analyzing dissolved gasses in the transformer oil. This dissolved gas analysis (DGA) system measures and reports nine different gases and moisture at half the cost of comparable products.

The production version of the assembly, now has mechanical features that ensure the correct orientation of the flat circuit board in the round fitting “to make sure it’s not leaning or off-axis in any way,” said Stapleton. Another mechanical feature—opposing shoulders in the fitting and on the PCB—established the correct depth of the sensor in the fitting. This critical dimension ultimately determined how far the sensor would protrude in the oil.

From a reliability engineering standpoint, eliminating leak risks in a hermetically sealed circuit assembly should be atop the priority list. Below that, in the real world where business and engineering meet, cost and efficiency usually wiggle their way near the top as well. It’s important to look big picture and see multiple variables before deciding the best course of action. LumaSense recognized that piece-part costs for an in-house assembly would have likely cost less than the CircuitSeal option. What tipped the scale was factoring in the lower yields, potential failures and extra assembly time associated with the in-house version.

Filed Under: TECHNOLOGIES + PRODUCTS, Sensors (position + other)
Tagged With: lumasense 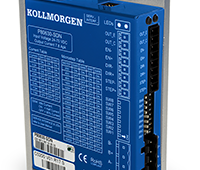 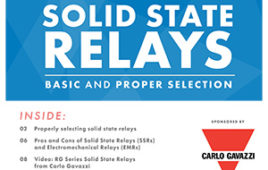