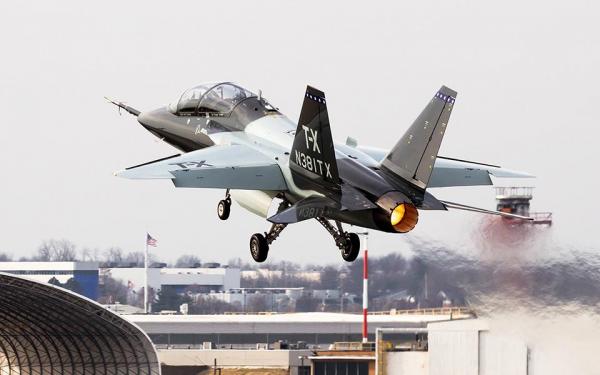 The test flight of Boeing’s second T-X trainer aircraft, in a partnership with Saab, took place on April 24th. The plane is marketed as a platform for advanced pilot training, with the US Air Force considered its primary customer.

“The jet handled exactly like the first aircraft and the simulator, meeting all expectations,” Boeing Test Pilot for Air Force Programs Matt Giese said in a press release. “The front and back cockpits work together seamlessly and the handling is superior. It’s the perfect aircraft for training future generations of combat pilots.”

The T-X has a single-engine, is twin-tailed, and is double-seated with embedded training technology in the cockpit. “This aircraft was built to Air Force requirements and designed to fulfill the Air Education and Training Command mission,” lead test pilot Steve Schmidt said.

The T-X is anticipated to replace the venerable T-38 training aircraft that dates back to 1959, and is expected to be operational by 2024. The first model was revealed by Boeing and Saab in 2016, and has been in flight since December of 2016.

“Boeing T-X is a production aircraft; it is not a prototype,” Boeing has previously said of the aircraft. “The system also includes state-of-the-art ground-based training and a maintenance-friendly design for long-term supportability.”