The future has officially met the foot. Nike unveiled a shoe on Wednesday that not only ties itself, but does so with such precision that it creates a perfect fit for each wearer.

The Nike HyperAdapt 1.0 will be the first of the brand’s shoes to feature this new technology, known as “adaptive lacing.” The footwear and clothing giant developed the process after conducting extensive research in mechanical, electrical, and digital engineering principles. The result, according to Nike, is the “ultimate solution to individual idiosyncrasies in lacing and tension preference.”

The foot-fitting process begins the moment the heel comes in contact with a sensor, according to Tiffany Beers, Nike’s senior innovator and the technical lead on the project. Though the system will make for a snug fit, Beers said the wearer can improve the fit using tightening and loosening buttons on the side of the shoe.

The shoe’s designer, Tinker Hatfield, said the Nike HyperAdapt 1.0 will allow wearers to make “micro-adjustments” to the shoe’s fit on the fly, resulting in a better athletic experience.

“That’s an important step, because feet undergo an incredible amount of stress during competition,” Hatfield said. 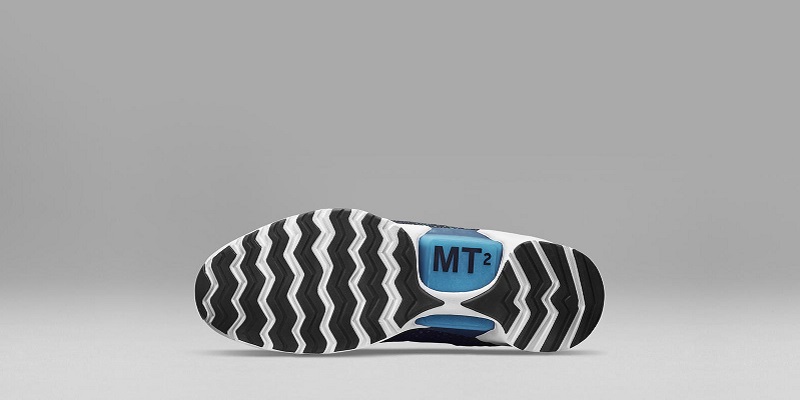 Shown is the outsole of the Nike HyperAdapt 1.0. The shoe will come in three different colors when it is made available for public purchase near the end of 2016. (Image: Nike)

Like most breakthroughs in athletic wear, the process for creating the new shoe system took a lot of testing. Led by Beers, Nike engineers first developed a snowboard boot with an external generator. Though Nike said that product was “far from ideal,” it played a significant role as the ground floor to the shoe system’s development. Hatfield and Beers would lead the development of several other self-lacing shoe prototypes before finally deciding on an “underfoot-lacing mechanism.”

“It’s a platform,” Beers said, “something that helps envision a world in which product changes as the athlete changes.”

The HyperAdapt 1.0 will be made available to customers around the 2016 Holiday season. The company did not say how much the shoe will cost.