Engineers from Massey University have developed a highly sensitive device able to detect synthetic compounds that leach from plastic food packaging into the contained food or beverage. These kind of compounds are a major health concern worldwide as they have been linked to genetic, developmental and fertility defects in humans. 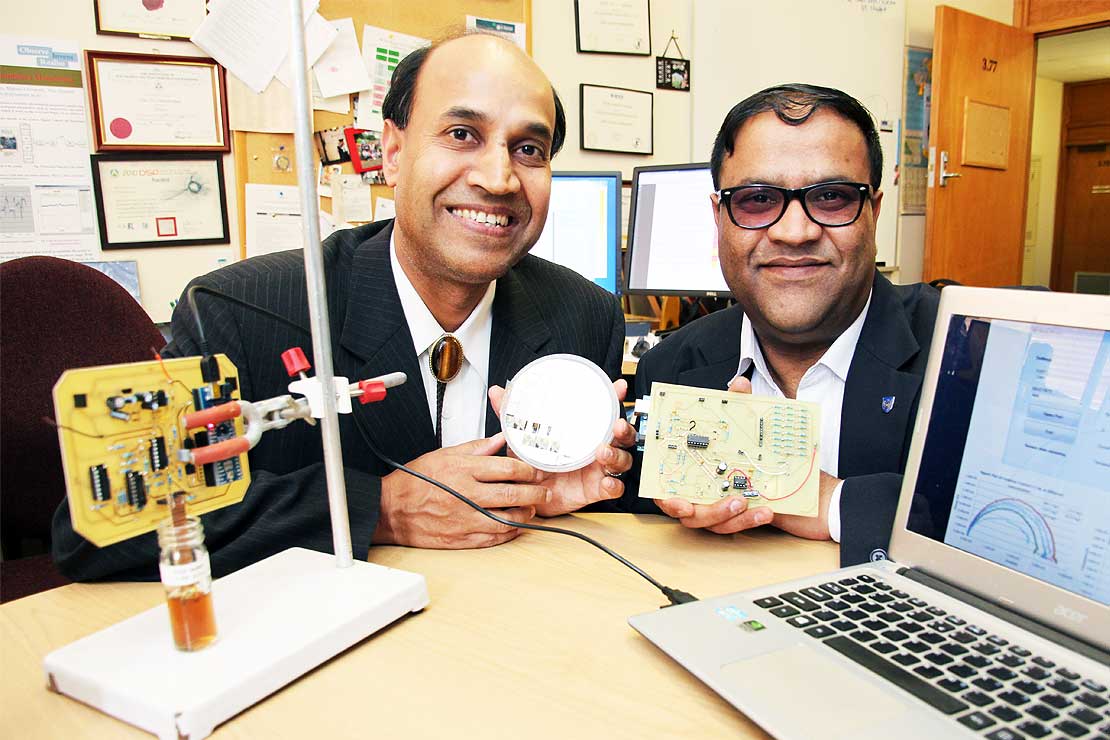 Dr Asif Zia, together with Professor Subhas Mukhopadhyay, both from the School Engineering and Advanced Technology developed an electrochemical sensing system that is able to rapidly quantify a synthetic compound – di(2-ethylhexyl)phthalate or DEHP for short.

DEHP is used to induce flexibility in the plastic products but, because of its molecular structure, it does not attach itself covalently to the plastic’s lattice structure and may leach into the surrounding environment. It is classed as a teratogenic, or malformation causing, compound as well as an endocrine-disrupter, which interferes with the body’s natural hormonal system. The World Health Organization refers concentrations of DEHP greater than six parts per billion as hazardous for human health.

Dr Zia’s tiny 2.5 mm by 2.5 mm sensor is able to be swirled through a liquid and detect concentration levels as low as two parts per billion, using a test that takes less than 10 minutes. The sensor is coated with a molecular imprinted polymer – essentially a type of chemical Velcro which selectively catches only DEHP molecules in liquids. The molecules “stick” by forming weak hydrogen bonds with the coating. After the sensor is rinsed, they pass electromagnetic fields through it (spectroscopy) to deduce the concentration of DEHP present.

Dr Zia says the technology is groundbreaking because it is simple to use, sensitive enough to detect small amounts of the compound and robust as the coating owns a shelf life of years without degrading and can be regenerated and reused. Most of all, it is fast. 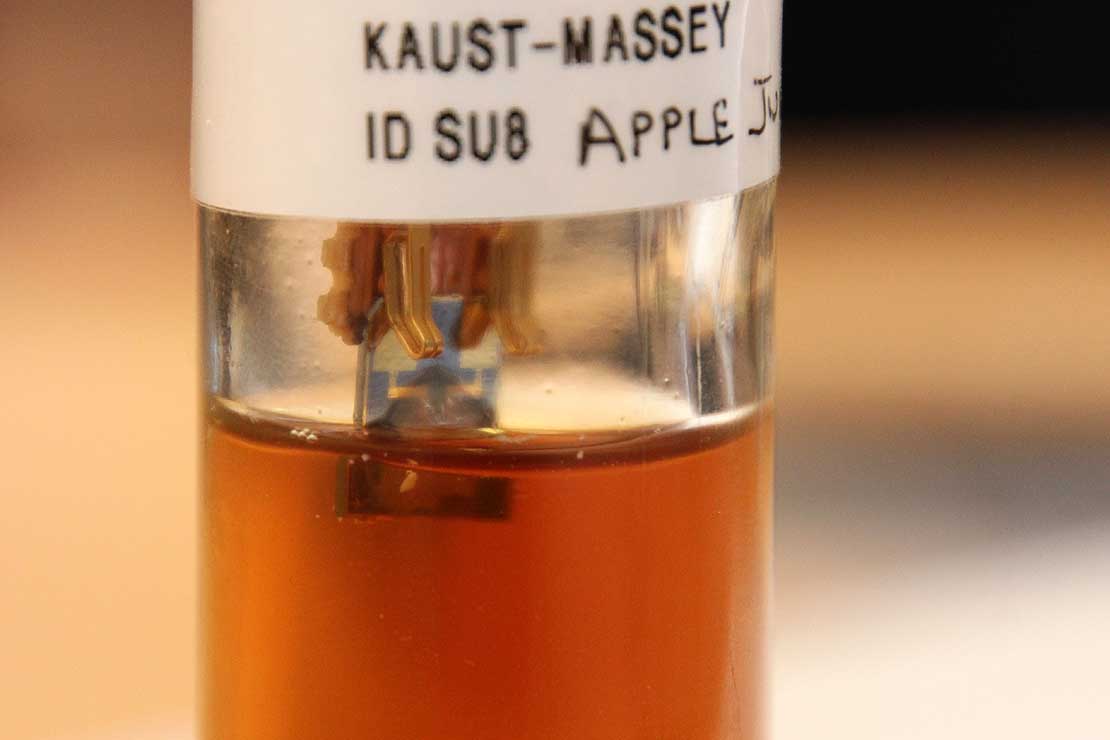 The DEHP sensor immersed in a sample of apple juice.

“Previous technology required taking a sample to the lab, where they would first have to separate the molecule in question and then test it via flame ionization detection, mass spectroscopy and high performance liquid chromatography. This could take up to a week. Using electrochemical impedance spectroscopy, the test procedures takes only a few minutes.”

They hope the sensor can be integrated into a tap in what is called a “smart home”. The home would be fitted throughout with sensing equipment and computational power, allowing the occupant to get information on their health and wellbeing on demand.

Plastic contamination is a global issue

Illegitimate addition of DEHP as clouding agent in beverages has been a controversial issue in Taiwan in 2011. The country faced huge economic loss, where it had to recall all the exported beverages for testing. The testing lasted months due to the unavailability of a reliable, rapid testing system as well as the enormous testing cost involved.

However, Dr Zia says the issue of contaminants leaching from plastic is global.

“Plastic is a way of life, it’s hard to get around that. Every day we could be ingesting tiny amounts of these compounds which, over time, can build up in the body and cause problems.

Some countries, like the United States for example, have already banned DEHP’s use in plastics but for others who have not, this device provides a simple and cost-effective way to make sure there aren’t harmful levels of contamination in juices or other drinks”

The research group is now working on developing a biological version of the sensor that would detect collagen in blood samples. High collagen levels in the blood may indicate early signs of osteoporosis.

The research has been published in the Biosensor and Bioelectronics journal.