A cybersecurity expert, Patrick Traynor, was working with a police officer to detect credit card skimmers on ATMs when he got his own financial fraud alert that his information had been stolen. After three years of research, Traynor and two Florida graduate students have now created a device called “Skim Reaper,” a thin gadget that can slide into a credit card reader to detect if an ATM or gas pump has been compromised, according to AP News.

A credit card skimmer works by connecting an extra “read head” either inside or outside of the machine. This read head copies a card’s information when it gets swiped. Skim Reaper’s job is to detect if there is more than one read head and eliminate financial fraud.

In February, Traynor gave five Skim Reapers to the NYPD to test. The device has a long, skinny credit card-like feature that is attached by a wire to a cellphone-sized box with a display screen. If multiple read heads are detected the screen will say, “Possible skimmer!”

The simplicity of this device makes it attractive to NYPD. 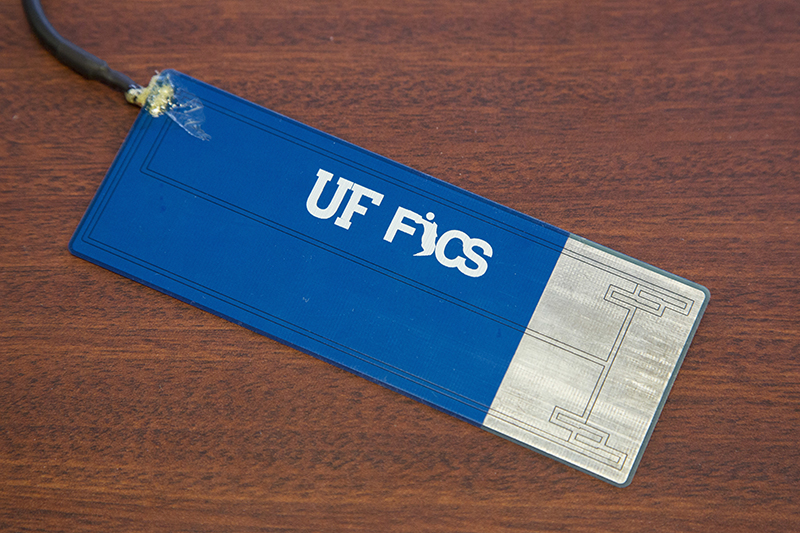 In this April 18, 2018 photo, a detection device under development by the University of Florida’s Institute for Cybersecurity Research is displayed at the office of the New York Police Department’s Financial Crimes Task Force. The device is slipped into a credit card reader and can detect if a skimmer device is present. Credit: AP Photo, Mark Lennihan

“I’ve been doing skimming for approximately five years now and I have never used anything like this or have known of anything like this,” said NYPD Det. James Lilla of the Financial Crimes Taskforce, according to AP News. “It’s definitely an assist we can use to combat ATM skimming.”

Although, there are some devices that can detect credit card skimmers, they are often expensive and require businesses to switch over their current technology to a new technology.

Currently, the Skim Reaper costs about $50 to make, but the researchers are still trying to decrease the cost of the device. 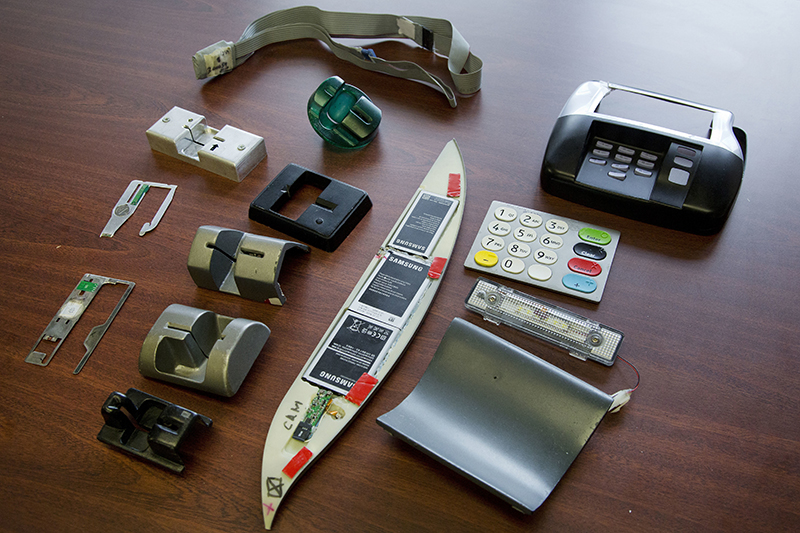 In this April 18, 2018 photo, a variety of tools used to skim information from credit cards are displayed at the office of the New York Police Department’s Financial Crimes Task Force. The U.S. Secret Service says more than a billion dollars is stolen from U.S. consumers each year by credit card skimmers, money that funds organized crime and which is usually passed back to consumers through higher fees. Credit: AP News, Mark Lennihan

Despite a need for more testing of the Skim Reaper, the early results have proved impressive. This device allows untrained officers to easily get trained for NYPD’s anti-skimming effort. Prior, investigators had extensive training in order to detect and identify fraud devices.

One of the graduate students working on the device, Nolen Scaife, said the team is working to make the design wallet-sized. This way everyday consumers can carry the device on them and test card readers before inserting their own credit card.

“There’s no greater feeling than feeling the work you’re doing has wide-ranging impact,” Scaife said. “We’re glad to be able to produce something that will curb the tide.” 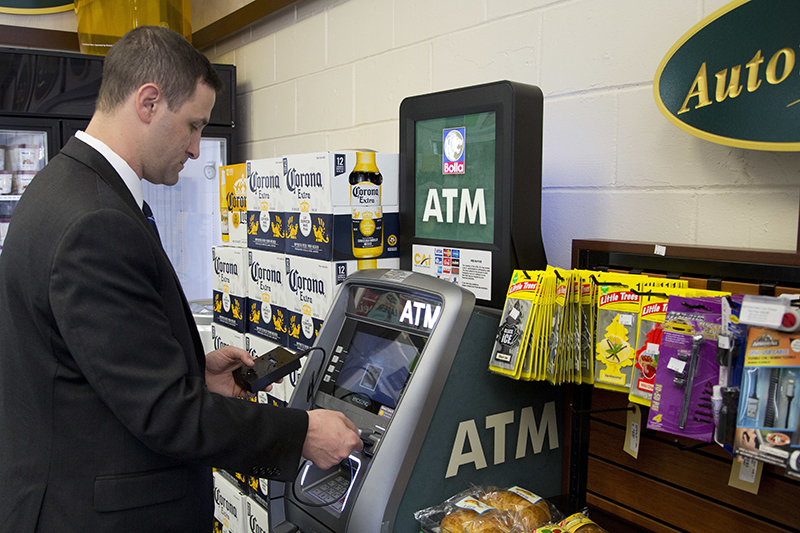 In this April 18, 2018 photo, Detective James Lilla, with the New York Police Department’s Financial Crimes Task Force, uses a detection device that indicates if a credit card skimmer is in use at an ATM machine at a New York convenience store. Credit: AP News, Mark Lennihan