We’ve seen buoys and autonomous vehicles designed with sensors to survey the oceans and collect imperative data for scientists, but what we haven’t seen, is something that can collect data a little closer to home, along the shore line.

Deep waters are actually easier to monitor, as there are no major limitations. The shallow waters of the shore line, however, as generally too shallow and choppy for the usual tools scientists use. And so, in order to collect the data needed, designers came up with a new, innovative way to monitor, with the use of SmartFin, a surfboard fin that will actually enable surfers to gather oceanographic data for scientists. 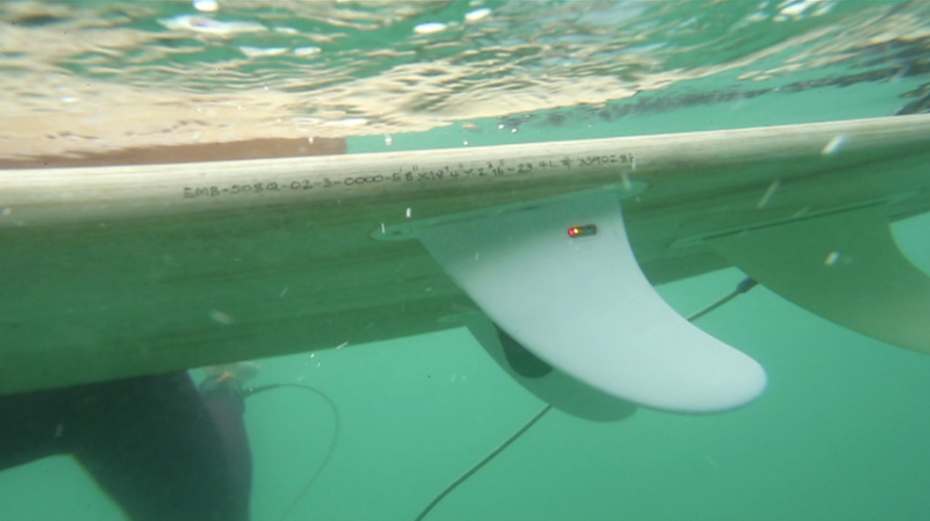 SmartFin will allow volunteer users to help track the state of the seas (Credit: SmartFin)

Dr. Andrew Stern, ex-neurologist who is now the executive director of the non-profit environmental group Lost Bird, created the SmartFin. With the help of Benjamin Thompson, founder of the surf-tech company BoardFormula, Stern and Thompson created the device which now has a sensor-filled stabilizing fin that can be added on to existing surfboards. The SmartFin is just like a regular surfboard fin, and will not affect a surfer’s performance.

The seniors measure salinity, pH, water temperature, and more, and the fin also has an on-board GPS unit, 9-axis motion tracker (which measures wave characteristics), and a Bluetooth module. As soon as movement is detected, the device “wakes up” and begins recording. The device has a built-in battery which can be recharged by removing the fin and placing it on a Qi wireless charging pad. 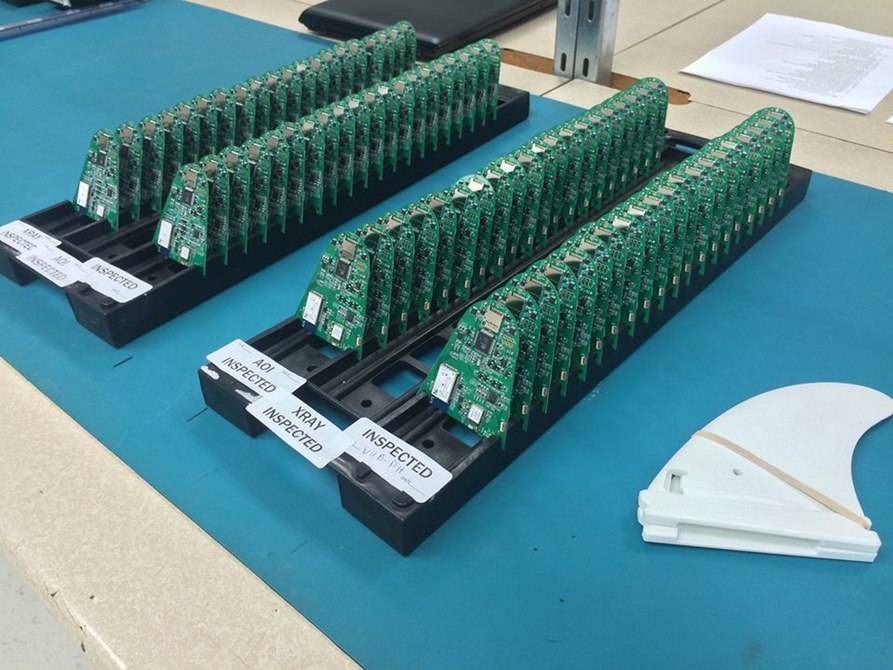 Batches of SmartFin electronics, waiting to be built into the fins (Credit: SmartFin)

Once the surfer completes their session, they simply upload the raw data from the SmartFin to the associated smartphone app. The data is then transferred to a cloud-based database and can be accessed by scientists conducting ocean-related studies. Included in this data is the date, time, and location, imperative information for scientists.

As of now, the SmartFin team is actually working with the Scripps Institute of Oceanography to assess the device’s validity as a research tool, after which, a commercial roll-out will follow.