The need for smart power sources able to complement smart systems is becoming increasingly important. In the past, system designers would decide on components needed to accomplish a required function or mission. Once all the components were known, the system power requirement was determined. Designers often tried to squeeze a power supply into whatever corner of the system remained vacant. The task of accommodating that supply with its requisite needs for cooling was usually an afterthought. Performance monitoring and power supply optimization were barely considered if at all. Simple fault monitoring was sometimes possible, but detailed analysis was beyond the scope of most system designs.

Today, system specifications are generally written to emphasize intelligent platform management/intelligent system management. These concepts are mentioned in the recently ANSI-approved VITA (for VMEbus International Trade Association) 46.11 document. The specifications make a strong case for carefully monitoring and controlling all aspects of the system to significantly improve performance and to drastically reduce downtime and maintenance costs. Behlman VPX supplies have been used in many systems for several years. Some of these systems require thousands of watts of power. The systems are continuing to perform reliably; however, they use only basic fault and temperature monitoring.

The new VPXtra-IQ series takes the concept of system intelligence to a whole new level. The system manager can now monitor input voltage and current, as well as output voltages and currents. In addition, temperatures are measured at several locations throughout the power supply. While this information is useful in determining if there is a power supply problem, it is also invaluable to the system manager for total system performance monitoring.

A great deal of system information can be derived through judicious interpretation of the data available from the power supply. For example, an increase in input power could mean many different things, ranging from a normal response to increased workload, changes in local or ambient temperature, power supply problems, or other system anomalies. Input power changes without output changes might indicate a problem with the power supply itself if other monitored parameters, such as temperature, remain unchanged.

An Intelligent System Manager can take all the available information being fed to it and make well-informed decisions about system performance, then alter system operations as necessary. For example, airflow might be increased, or processing workloads modified, depending on the interpretation of monitored parameters. Monitored temperatures could reveal overheating, or perhaps problems with a specific FRU (field-replaceable unit) or other load. The ability to rapidly communicate with all system components, power supplies, chassis, FRUs and so on, as described in VITA 46.11, yields a robust, flexible system. Besides providing detailed power supply and system performance information, Behlman VPXtra IQ series supplies give the people managing the system great flexibility in adjusting internal power supply limits and warnings. These parameters are normally fixed in older “dumb” supplies. However, in the spirit of VITA 46.11 flexibility, Behlman’s smart interface allows the user to adjust warning and limit thresholds for many functions, such as over and under voltage, over current and over temperature.

As the current need for smart systems with more computing power, less weight and smaller size accelerates, it is only a matter of time before more and more VITA VPX parameters must be agreed upon and provided by manufacturers. The new Behlman VPXtra-IQ 1000CD-IQ 1-kW and Behlman VPXtra-IQ 1000CM-IQ 700-W power supplies take today’s concept of system intelligence to a whole new level, and set the stage for even smarter power for the future. 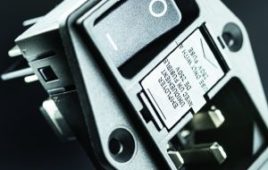 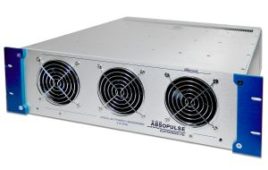 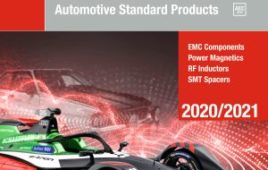