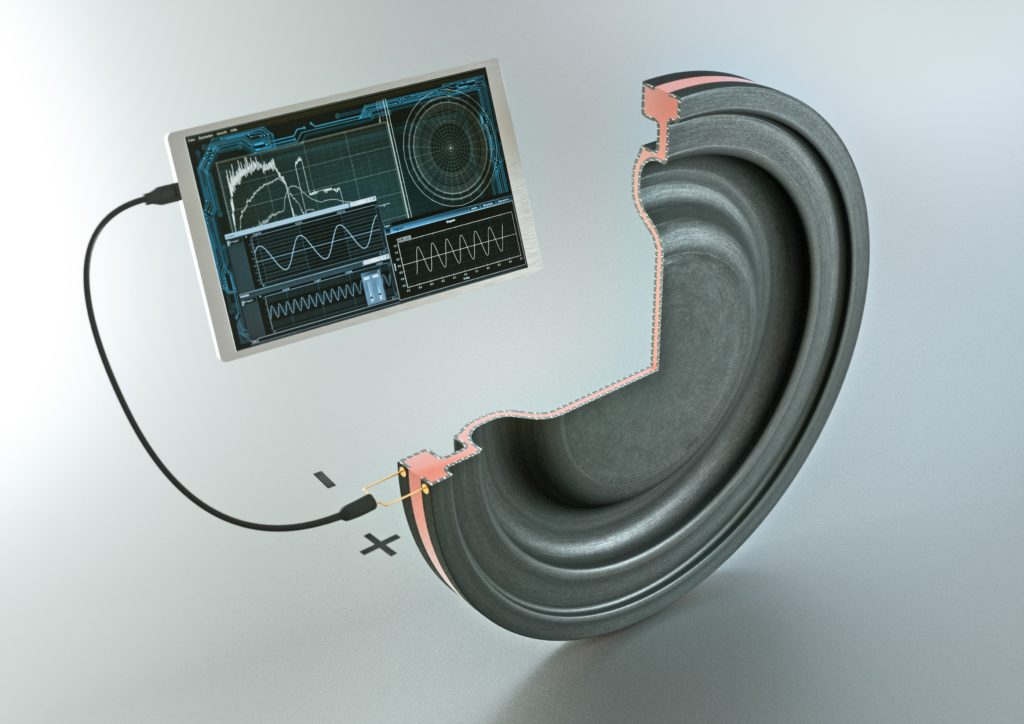 Equipped with magnetic properties or electric conductivity, seals in the future will be expected to monitor their own wear, measure forces and perform other functions. Seals are mostly made of elastomers, commonly known as rubber. In its pure form, rubber cannot process signals. But in many cases, signal processing could be an advantage, since seals are often found in central locations in machines and are vital for their functioning. For this reason, researchers at Freudenberg Sealing Technologies are investigating materials that make it possible to use seals as sensors or even actuators.

One solution involves integrating a sensor or a microchip into the seal. This makes it possible to equip a seal with intelligence. But the approach has its limits. An integrated component is a foreign body that cannot be allowed to impair the seal’s function. As a result, Freudenberg engineers have turned their attention to approaches where the intelligence comes from the material itself. For example, by incorporating special fillers in the elastomer that help impart additional properties (such as magnetism) to the seal, which can even act as a permanent magnet.
Another approach is to integrate conductive filler material into the elastomer mixture. In either case, it is crucial for the filler to combine its magnetic or electrical characteristics with high elasticity, good setting behavior, a high tolerance for temperature fluctuations and good media resistance so it doesn’t impair the actual sealing function.
The advantage of additional functions can quickly outweigh the added manufacturing costs if the entire value chain is considered. A seal could recognize how worn it is, for instance. This self-monitoring is also known as “condition monitoring.” One example: a rod seal composed of a conductive elastomer and an insulating outer layer. The outer layer is the sealing lip in the seal. When an electrical circuit connects the rod and the housing wall, electricity can become a measurable variable. As the rod seal moves back and forth, the sealing lip abrades. If the conductive base material reaches the surface, the electrical circuit between the rod and the housing closes—a condition that an LED could signal.

Smart seals make it possible to incorporate functions that go far beyond pure self-monitoring. For example, engineers are researching a variety of sealing elements such as diaphragms, which serve as movement or force sensors, as well as intelligent U-rings, which can indicate the absolute position of pistons and cylinders in construction equipment. This is possible with so-called di-electric elastomers. The approach involves constructing a diaphragm like a sandwich. The two outer layers consist of an electrically conductive elastomer, while the inner layer is made of an electrically insulating elastomer. In physical terms, this creates a capacitor. When the diaphragm moves, both the surface and the distance between the capacitor plates change, which results in a change in capacity. This makes it possible to measure the force acting on a diaphragm.

The effect also works in reverse. The elastomer is pressed together if you actively apply a voltage to di-electric elastomers. If a single “sandwich” isn‘t used but rather an entire stack of numerous layers, the elastomer structure could take over the function of a valve. When the electric current is activated, the entire stack is pressed together and the valve opens. When current is no longer applied, the elastomer layers return to a “relaxed” state. Adjustments to the valve could be made on a continuously variable basis. The energy demands are low because the electric current is only needed during the execution of the function. Even if sealing elements of this type are still far from series production, they demonstrate the potential of the technology.

The areas of application for smart seals are multifaceted. One advantage is that they can be used in any medium because their base material is geared to the particular application. But researchers are not just focusing on modified base materials but intelligent coating systems as well. For example, thermochrome coatings designed for temperature measurements can be used at precisely the point where a seal is thermally stressed, for example, in an engine’s interior. This is particularly an advantage in places where no conventional sensor could ever be used. In this way, the design of the seal and the selection of its material can be even better adapted to particular applications.