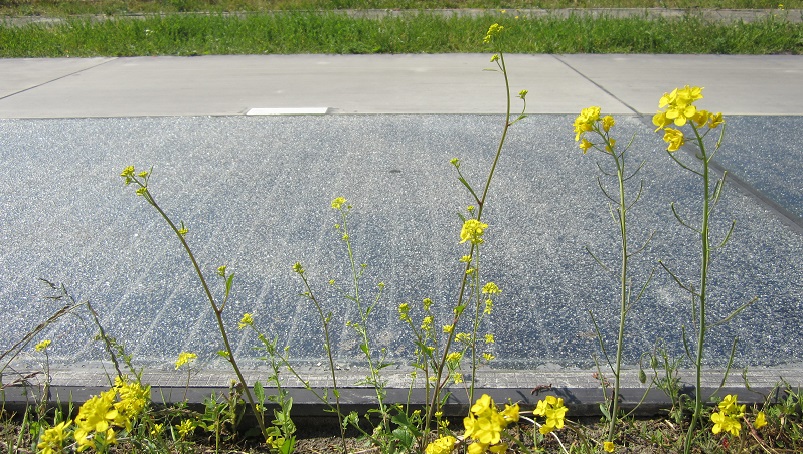 The solar road in Krommenie, the Netherlands, turned one on Nov. 12. Image credit: SolaRoad

A solar road which provides electricity to three households along it in Krommenie, the Netherlands, has been in operation for one year and generated 9,800 kWh of power. Now, the energy consortium behind the SolaRoad project will continue to develop it through its three-year pilot period, including testing the viability of a new coating.

SolaRoad was installed in Krommenie on Nov. 12, 2014 by a consortium made up of the Province of Noord-Holland, TNO, Imtech Traffic & Infra, and Ooms Civiel. It is part of a project dedicated to generating 14 percent of the Netherlands’ energy using renewable sources, said Elisabeth Post, road and transport provincial deputy for Noord-Holland.

The SolaRoad is one of many ‘living labs’ helping to explore renewable energy possibilities.

“Next year we will continue to develop SolaRoad in the hope that it ultimately becomes a viable product for use on more types of roads,” Post said in a press release.

The SolaRoad is a cycle path that runs about 70 meters in length, and is made of concrete blocks approximately 2.5 by 3.5 meters square. One lane contains solar cells, protected under a 1 centimeter tempered glass top layer. The consortium hopes that solar roads like this could one day be used not just to power houses, but also for street lighting, traffic lights, and the electric cars that could drive on the surface.

About 300,000 cyclists and mopeds used the path over the last year, with no problems occurring. However, a part of the translucent coating became detached during the winter due to shrinkage of the material. An improved coating, developed in consultation with the Vlaq group, was developed and applied.

The consortium plans to install another 20-meter stretch of SolaRoad, with the improved coating, in Krommenie next year. People have expressed interest in creating five follow-up projects, three in the Netherlands and two elsewhere.