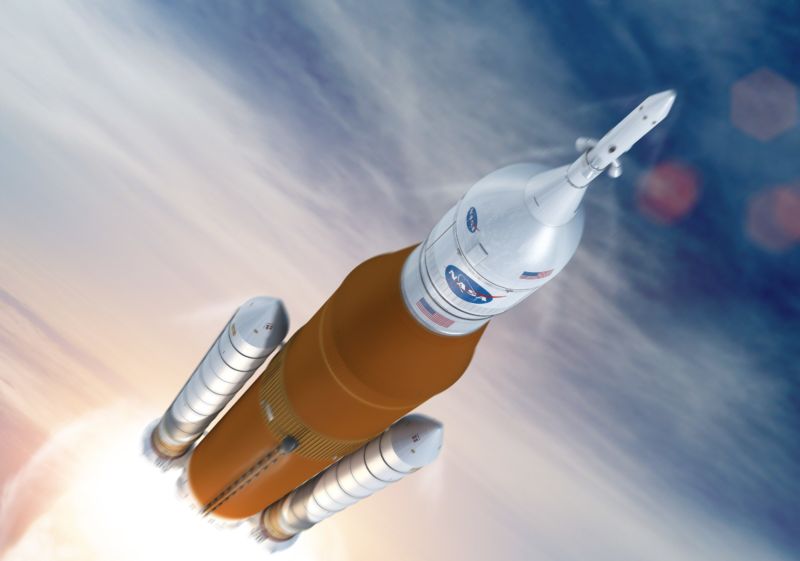 NASA’s Space Launch System, the first exploration-class heavy-lift launch vehicle, will likely be grounded until early 2019, according to a letter from the U.S. Government Accountability Office. The potential for technical mishaps and the costs associated with the rocket, the Orion spacecraft, and ground launch systems ultimately led to the delay.

SLS was scheduled for its first unmanned voyage to lunar orbit in November 2018, but the GAO says SLS is just not ready for that mission yet.

“All three programs face unique challenges in completing developing, and each has little to no schedule reserve remaining between now and the EM-1 date, meaning they will have to complete all remaining work with little margin for error for unexpected challenges that may arise.”

The GAO points to the high cost of all three systems as another challenge NASA must overcome in order to meet the November 2018 mission date.

“NASA’s current exploration efforts are estimated to cost almost $24 billion – to include two Orion flights and one each for SLS and EGS – and constitute more than half of NASA’s current portfolio development cost baseline. All three programs are necessary for the first test flight, Exploration Mission 1 (EM-1), and are working toward a launch readiness date of November 2018. GAO has designated NASA’s management acquisitions as a high-risk area for more than two decades. In February 2017, we found that the agency has maintained progress in reducing risk on major projects after previously struggling with poor cost estimation, weak oversight, and risk underestimation. However, we also found that while the Orion, SLS, and EGS programs are generally better-positioned for success than past crewed vehicle efforts, management weaknesses – including overly ambitious schedules, unreliable cost estimating, limited reserves, and operating for extended periods without definitized contracts – have increased the likelihood that the programs will incur schedule delays and cost overruns, particularly when coupled with the technical risks that are inherent in any human spaceflight development.”