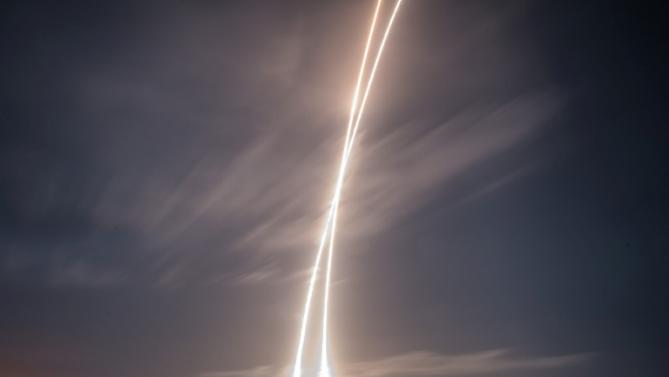 A day after SpaceX pulled off an upright landing of its powerful Falcon 9 rocket, the head of France’s space agency called it a “technological feat” but warned of more work ahead.

CNES President Jean-Yves Le Gall told AFP why cost and technology show reusable launchers are not yet a game-changer.

What do you think of SpaceX’s successful landing?

“What they did yesterday is clearly a technological feat; everyone is unanimous on that point.

“That said, there are two things to keep in mind. The first is that they made just the first step by recovering (the rocket) but not reusing it yet. The launcher worked once, it returned and landed perfectly.

“Let’s see first if it’s possible to use it again and whether a lot of a work will need to be done to make it flight-ready.

“We should not forget that reusable launchers already exist, with space shuttles being one example. But when they have to be re-readied for flight the costs have been significant.”

What are the benefits over classic rockets?

“The gap is wide between a perfect world where we repeatedly re-use a launcher as-is and the real world in which we have to repair it and (the rocket) only works once or twice.

“We are hopeful that considerable gains will be made, but we have not seen them yet. The technological success of last night raises many questions and for the moment we don’t have any of the responses.”

“SpaceX and Blue Origin, which also successfully recovered a launcher several days ago, have placed a bet on re-use with programmes designed for it from the very beginning.

“It is a different path than the one being considered everywhere else. As to whether this will change the paradigm, it is too soon to say.

“We’ll see if we manage to have the system that (SpaceX CEO) Elon Musk is talking about—with launchers that come and go and that make another trip shortly after their last flight—or whether we’ll have something that is more delicate.

“In any case, it is a technological feat and things can change, but they have not yet.”