A University of Manchester PhD student has developed a prototype flexible heat shield for spacecraft that could reduce the cost of space travel and even aid future space missions to Mars.

Heat shields are essentially used as the brakes to stop spacecraft burning up and crashing on entry and re-entry into a planet’s atmosphere. This design is the first in the world to utilise centrifugal forces that stiffen lightweight materials to prevent burnup.

Current spacecraft heat shield methods include huge inflatables and mechanically deployed structures that are often heavy and complicated to use.

Rui Wu, from Manchester’s School of Mechanical, Aerospace and Civil Engineering, says as well as being lightweight in design is prototype is also “self-regulating”. This means there is no need for any additional machinery, reducing the weight of spacecraft even further and allowing for low-cost scientific research and recovery of rocket parts.

He says: “Spacecraft for future missions must be larger and heavier than ever before, meaning that heat shields will become increasingly too large to manage.” 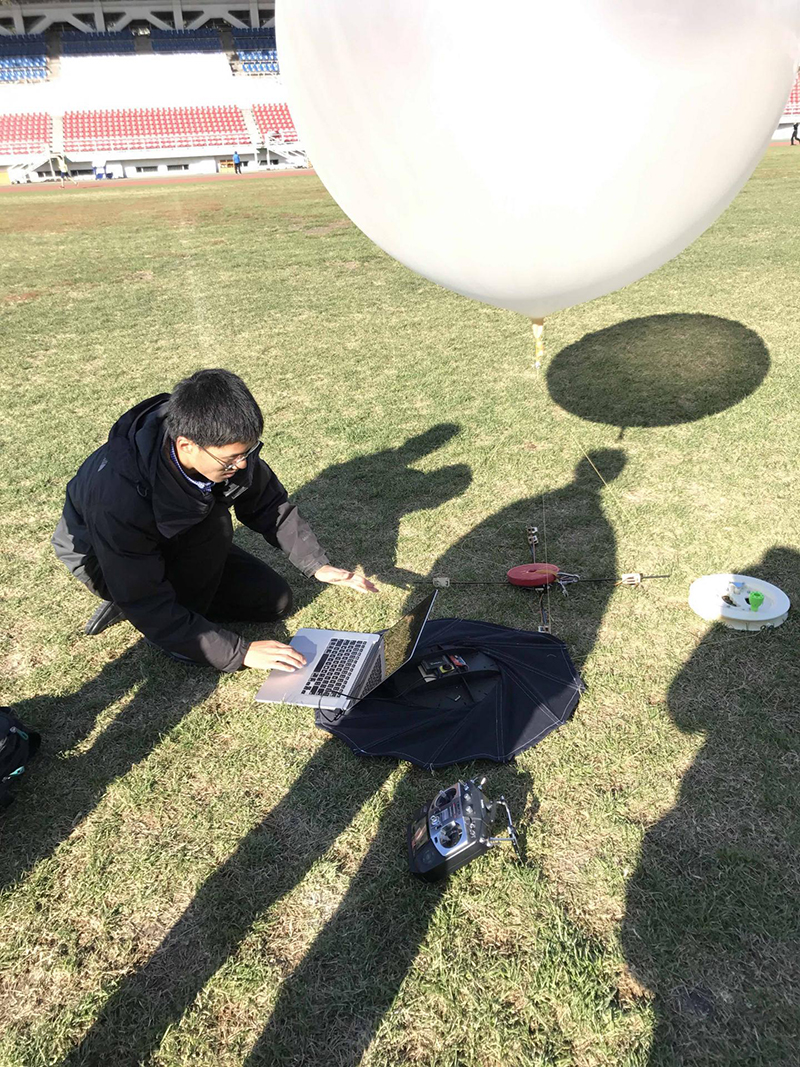 To address this demand Wu and his team have developed a flexible heat shield that is shaped like a skirt and spins like a sycamore seed. Planets with atmospheres, such as Earth and Mars, allow spacecraft to utilise aerodynamic drag to slow down and the prototype’s design uses this to enable atmospheric entry.

“This is similar to high board diving, where the drag from water decelerates your body before you reach the bottom of the swimming pool,” Wu explains.

The fast entry into Earth’s atmosphere generates so much heat – over 10,000 ?C – that the air around the spacecraft can burn into plasma. For safe atmospheric entry, spacecraft need a front end, or shield, that tolerates high heat as well as an aerodynamic shape that generates drag.

The prototype is made of a flexible material that allows for easy storage on board spacecraft. This material, while foldable, is strong and has a high temperature tolerance.

The shield is also stitched along a special pattern that allows it to spin up during flight, inducing centrifugal force.

Wu sees his design helping with space-based scientific research and rescue missions in the future. He adds: “More and more research is being conducted in space, but this is usually very expensive and the equipment has to share a ride with other vehicles.

“Since this prototype is lightweight and flexible enough for use on smaller satellites, research could be made easier and cheaper. The heat shield would also help save cost in recovery missions, as its high induced drag reduces the amount of fuel burned upon re-entry.” 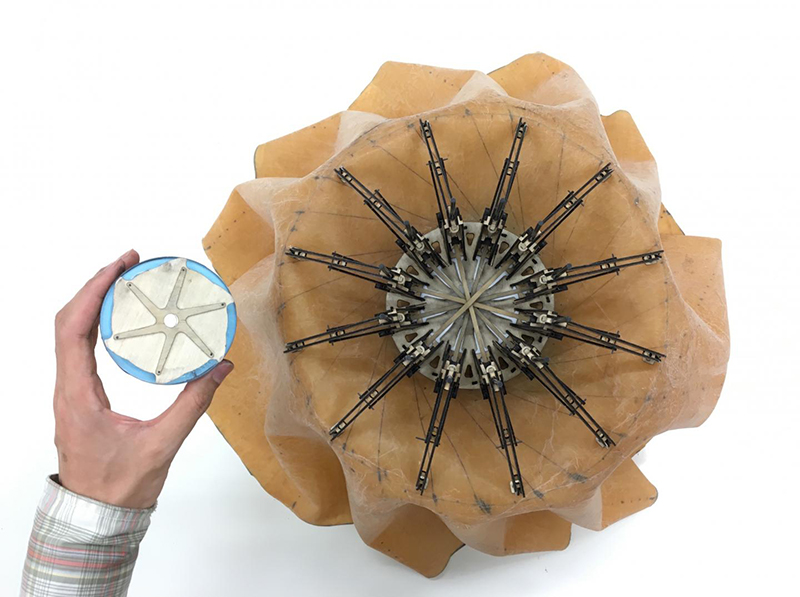 This is the CuSat size system and Cargo Bay image of heat shield CREDIT Rui Wu, The University of Manchester