Three Penn State students have identified what they believe is an easy solution to a common problem among their peers.

Sophomores Ezra Gershanok, Jacob Halbert and Aaron Glatter have developed The Keyper, a silicon phone wallet that holds not only a student ID or credit cards but also includes a pocket made specifically for a room key.

“People are already putting their ID card on their wallet,” Gershanok said. “And if we only need three things, easy access at all times, why not put them all together?”

So far, the early returns have been encouraging. The students have made sales to individual students on campus and have made deals with three stores in downtown State College. They also heard from friends that a Penn State professor – whom they had never met – mentioned their product to a classroom of 200 students.

“The hope is that more and more businesses in State College but also elsewhere will be contacting us,” Glatter said. “It’s not an expensive product, so you can give it a try if you’re a business and see how it goes.”

The idea and team are formed

Gershanok, a Schreyer Honors Scholar and College of the Liberal Arts student majoring in economics, was watching Shark Tank with his girlfriend during the summer when inspiration for the product struck, and he remembered that he had several friends who lost their room keys during his first year at Penn State. His girlfriend, Kate Kander, posted a Snapchat video of Gershanok speaking to a potential producer, which was seen by Halbert.

The then-University of Michigan student, who has since transferred to Penn State, was a longtime friend of Gershanok and was immediately interested not only in the concept but in the way that developing such a product would fit with their respective talents.

The students found a producer in China who would be able to mold the silicon backing based on their design, and, with the help of a friend’s father, a patent attorney, were able to obtain a provisional patent. They approached Glatter, a Schreyer Scholar and Smeal College of Business student majoring in finance, about joining the team in September.

Their fellow students and student organizations are their primary market — roughly 15 percent of Penn State students lose their room keys each year, according to University Park Housing — but the students believe the Keyper also has appeal to other demographics. Gershanok said he spoke to a marathon runner during an entrepreneurship conference in Philadelphia who typically keeps a key in his shoelaces and expressed interest in the product. The best part of starting a company – Halbert and Gershanok Group, LLC – say the students, is the experience they are gathering.

“We’ve learned so much,” said Halbert, an engineering major. “It’s really not so much about making money but about how much we’ve learned, from the business and legal entities to the patent process, to the design process.

“Every day, we’re getting feedback.” 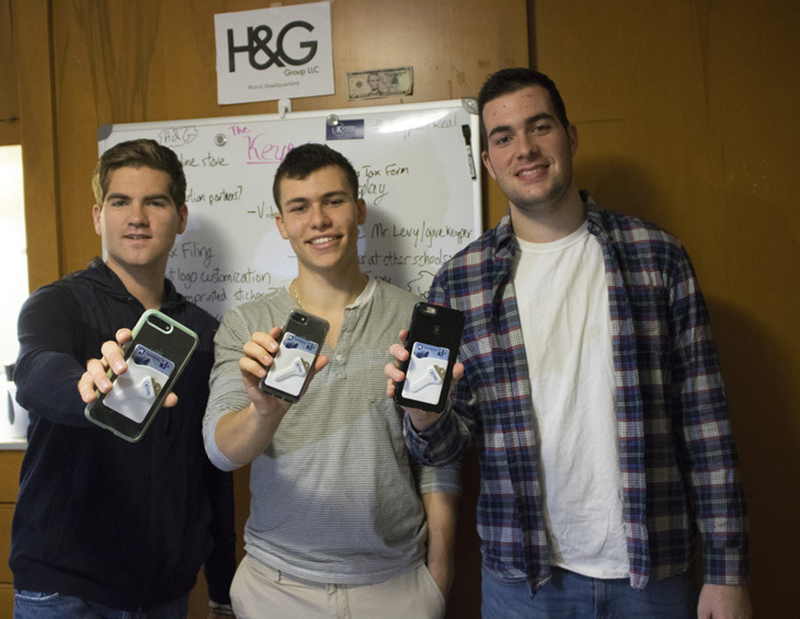